6 innovative companies that have changed our way of life 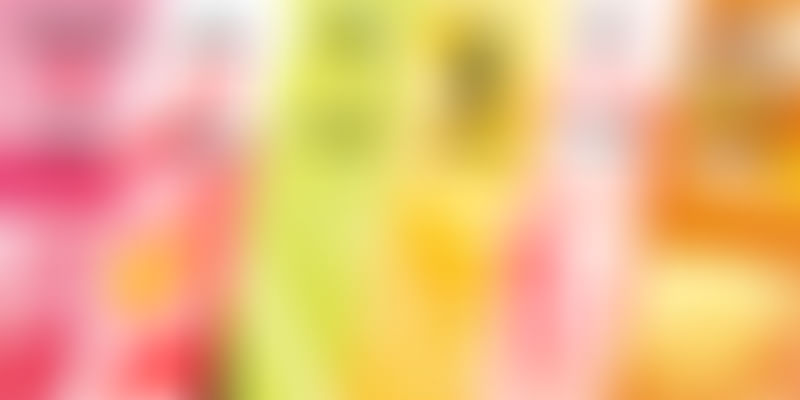 If there is one word that has revolutionised life as we know it in the last decade or so, it is innovation. More than just a trend or a passing phase, innovation is something that most companies strive to achieve, and most consumers look for before buying a product.

In fact, every second week, we are introduced to some revolutionary concept that takes the world by storm. Some have staying power and go on to make it big, while others are reduced to falling by the wayside, unable to keep up with the fierce competition.

To thrive in such an environment, companies have to constantly keep a finger on the pulse of what customers need, identify the gaps, and come up with products that actually bridge this gap, and make customers’ lives easier. At the end of the day, it’s all about a product that can create a long-lasting impact. Here are six companies that did this, becoming leaders in their respective niches, and making it look easy all the while.

Before Tesla, petrol and diesel cars belching fumes were largely the norm. Your green alter-ego was quickly silenced when you looked at the price, design and performance of electric cars. Then came Tesla, which made uber-cool electric cars – the kind you wanted to show off. Not only were they eco-friendly, they came with a suite of autonomous features such as automated steering, lane changing, parallel parking, and a host of safety measures. For speed demons, there’s also a “ludicrous” speed on the gear shift! The company values user feedback immensely, and collects data from thousands of drivers so that it can iterate faster and roll out the best updates possible. No wonder then, the company has advance bookings for nearly 400,000 units for its upcoming Model 3. Tesla promises that “it’s going to be awesome”. We’re only waiting for it to come to India.

While OnePlus turned heads with its first OnePlus One smartphone release in 2014, the OnePlus 3T is its greatest achievement till date. And you don’t have to break the bank to buy one. It’s almost as if OnePlus heard all the complaints that demanding smartphone users everywhere had, and created a phone that solved all those problems. It has high-end 16 MP front and back cameras, and a resolution of 1080 x 1920 pixels. (To put that in perspective, the iPhone 7 has a resolution of 750 x 1334 pixels.)

The OnePlus 3T also boasts a staggering 128GB storage capacity (internal) and an unprecedented 6GB RAM (at that price point). It also has the OxygenOS 4.0.3, OnePlus’s most refined Android skin to date (based on the latest Android 7.0 Nougat).

And for everyone who hates carrying around a power bank, the OnePlus 3T’s ‘dash charge feature’, gives you enough power for the day in just 30 minutes.

The OnePlus 3T is the best overall smartphone you can buy. The biggest advantage, of course, is its pricing at Rs. 34,999 (for the 128GB version), which is far lower than what other premium smartphone manufacturers are charging. In contrast, The iPhone 7 costs Rs. 59,990, the Google Pixel Rs. 64,190, and the Samsung Galaxy S7 Edge Rs. 56,900. (Prices as listed on Amazon.in.).

OnePlus 3T has garnered the love and support of thousands of people across the country. In fact, OnePlus has recently launched a unique campaign featuring Amitabh Bachchan to effectively convey the high user satisfaction ratings of the smartphone. To generate further buzz, the brand is running an interesting contest right now, so check it out and see if you can win Rs. 1 crore!

Before Snapchat, anything you put on an instant message and sent was preserved forever in some form, somewhere in the lanes of the World Wide Web. These messages, if incriminating, could also be used against you (possibly even in a court of law!). Then along came Snapchat. The app quickly went viral because it gave you the ultimate high of instant messaging, but also allowed the best exit – your texts disappeared in 24 hours.

It’s come a long way since, becoming the preferred mode of interaction among millennials, and changed perceptions not only about social networks but also how we consume content. Nothing can beat its fun and quirky image filters. Its news division has become a popular source of information for millennials. If imitation is the best form of flattery, then Snapchat has “fans” in the other social media giants, who have often been accused of copying its most-loved features.

Prior to the existence of Amazon, shopping meant braving the traffic, pollution and other irritants like having to go from one store to another to pick up different items – fancy imported groceries from a high-end supermarket, gadgets from an electronic store, and clothes from a bazaar or a mall. To add to your woes, returning anything was a nightmare. Then along came Amazon giving people the luxury of sitting at home and shopping for everything they needed. Whether it was books, electronics, jewellery, gadgets, or cosmetics, Amazon would deliver anything you wanted to your doorstep. Returns and refunds were never so hassle-free.

As the world’s first e-commerce platform to succeed and sustain for nearly two decades, Amazon has truly changed the face of not just shopping, but also a host of associated material such as video content (via Amazon Prime Video), no-checkout offline grocery shopping (Amazon Go – coming to India soon) and its own technology business (Amazon Web Services). Talk about a game-changer!

Before Airbnb, travellers depended on run-of-the-mill hotels and guesthouses. Fancy or not, most came with a set of impersonal features, and generic architecture and furniture – it didn’t matter if you were in Delhi or Dubai. If you wanted something different, it meant shelling out a lot more money for a boutique hotel. But when Airbnb introduced its services, globetrotters got the option to rent affordable houses and apartments, helping them discover their destination from a more local perspective.

Airbnb offers you more than just a room. Some offer services that let you explore the local culture and cuisine of a place, give you a fresh perspective on travel, and really let you experience the place you’ve travelled to. It’s also spawned a host of similar startups, even in India, but for now, Airbnb remains the big daddy of new-age accommodation options for travellers.

Before Netflix, you had to go out to rent a video, or risk ‘breaking the law’ by downloading pirated versions of movies and shows from shady websites, exposing your device to malicious viruses that came as a ‘bonus’ with such content. And if you didn’t return the video on time, you risked paying a fortune in late fees. Also, if you wanted to revisit a favourite show, you had to wait for the reruns on cable which, for some reason, would play at the most inconvenient time possible.

Netflix changed all that. What began as a subscription-based DVD rental business (with no late fees) evolved into to a streaming service for an affordable monthly fee. Subscribers can stream any of Netflix’s thousands of films and series (several are Netflix originals) and watch these when they want to watch, on any device – a TV set, a tablet or a mobile phone. Watching your choice of movies and TV series has never been easier. And now that Netflix is in India, it’s all set to give other over-the-top content providers a run for their money.

These innovative products and services from these trendsetter companies have transformed the lives of billions of people across the world. Are you one of them? If you haven’t already, why not try out some of these products and experience the quality, convenience and comfort that they offer.