5 book recommendations by Mark Zuckerberg for every entrepreneur 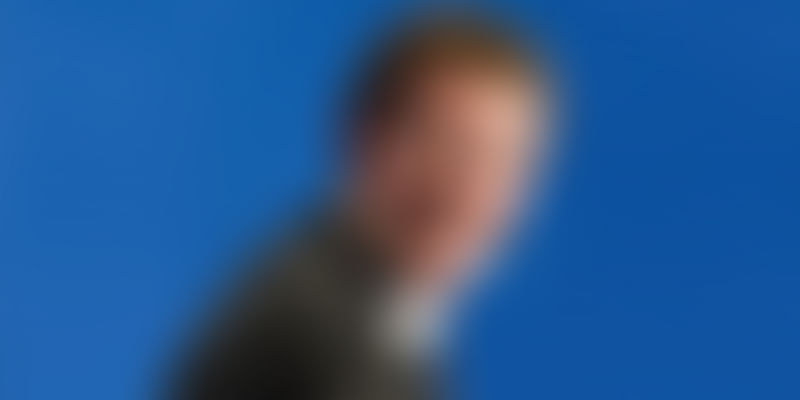 Every entrepreneur seeks inspiration from outside, and Facebook’s Mark Zuckerberg is no exception, finding his in the written word. Zuckerberg, 32, holds claim as one of the youngest billionaires across the world and has always been a voracious reader, despite his daily chock-a-block itinerary.

Having created a network which boasts of connecting the whole world adroitly, Zuckerberg decided to launch a Facebook-based book club, which in 2015, was set out with a reading list that imbibed different cultures, beliefs, histories, and technologies.

“Books allow you to fully explore a topic and immerse yourself in a deeper way than most media today,” Zuckerberg once said. “I'm looking forward to shifting more of my media diet towards reading books.”

Zuckerberg has also been the virtual flag-bearer of several authors, promoting their individual styles, genres, and concepts. However, there are five select books that he swears by on a recurrent basis, which we discuss below:

“[It's] about foreign relations and how we can build peaceful relationships throughout the world. This is important for creating the world we all want for our children, and that's what I'm thinking about these days.”

As the former US Secretary of State, Kissinger had front-row seats to a series of global conflicts that threatened to shift the balance of world order. In his book, a 91-year-old Kissinger discusses how nations from all over the globe have come to perceive the idea of empires and political power through the centuries of social evolution, and how a changing global economy has often brought them into conflict with one another. According to Zuckerberg, the book offers an ocean of first-hand knowledge about the various power-structures of the world and solutions to when they begin to erode or converge, hoping to saving the world from another man-made catastrophe.

The Muqqadimah, by Ibn Khaldun

“While much of what was believed then is now disproven after 700 more years of progress, it's still very interesting to see what was understood at this time and the overall worldview when it's all considered together.”

Written all the way back in 1377, The Muqqadimah, which roughly translates to ‘The Introduction’, is considered a heritage book of history. Its author, the Islamic historian Ibn Khaldun, had derived and presented a series of radical and revolutionary ideas to both scientific progress and human evolution, a feat that earned him recognition as one of the fathers of modern sociology and historiography. Zuckerberg’s interest in the book stemmed from it being a source of historical innovation.

“I love reading first-hand accounts about how people build great companies like Pixar and nurture innovation and creativity.”

Catmull’s story of how Pixar was created from ground-up is a perfect literary blend for the motivated entrepreneur looking to combine his or her creative and management skills to run a company. To Catmull, power struggles, failed risks, and multiple pitfalls are a part and parcel of a journey to imminent success, positive exposure, and credibility. Zuckerberg, who led a parallel journey with  Facebook, seems to whole-heartedly agree with Catmull.

Why Nations Fail, by Daren Acemoglu and James Robinson

“This book explores the different kinds of social institutions and incentives that nations have applied to encourage prosperity, economic development and elimination of poverty.”

Why Nations Fail is the result of 15 years of cumulative research by MIT economist Daren Acemoglu and Harvard political scientist James Robinson. In it, the award-winning authors address the problem of power being limited to the hands of a select few, courtesy of the system of ‘extractive governments’. Noting the dynamic nature of the global markets, Acemoglu and Robinson suggest that economic growth may not always be profitable for the long-term gains of certain countries in question. Considering the fact that Zuckerberg is resolutely based in Silicon Valley, which contributes to a significant portion of the American economy, one can see why this book, with its uniquely interesting solutions, features on his list.

This team of four critically acclaimed authors spent 10 years studying the below-poverty income groups in countries like Bangladesh, India, and South Africa. The researchers found that the areas which are primarily hit by poverty are those where people lack access to basic financial institutions like banks. The book provided Zuckerberg with an insight into the lives of those living below the poverty line and how to help them on a larger scale.

These five books explore all avenues of society, political structures, and global economy – three factors that are bound to affect any business. So stop by the bookstore on your way home from work today and start some bedtime reading!