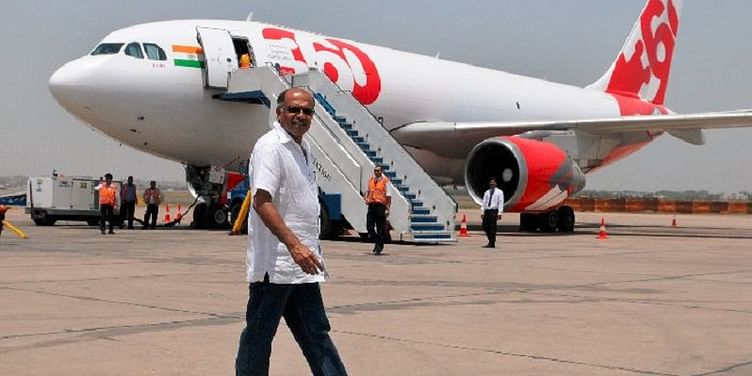 A successful Indian army soldier, an entrepreneur and the founder of Air Deccan- Capt. Gopinath is a man of many faces. With a glorious history in the armed forces, he went on to leading a charter helicopter service which gave India its low-cost flights Air Deccan, which was later taken over by Kingfisher Airlines in 2007 connected sixty nine cities around India.. Among his many projects, the Deccan Aviation launched in 1996 is one of the largest private air charter company in India and Sri Lanka.

A native of the Gorur, a remote village in Karanataka's Hassan district, Gorur Ramaswamy Iyengar Gopinath was the second of eight children to his parents. Gopinath's father who was also a school teacher resolved to home tutorials and was trained him personally. In 1962, Gopinath cleared the entrance test of Sainik School at Bijapur, the school was an enhancer in clearing the NDA entrance exams eventually.

After school, he earned a commission in the Indian Army, earning the rank of Captain. He spent eight years in the army and fought in the 1971 Bangladesh Liberation War. But like every fascinating jobs that come to an end, Gopinath took an early retirement. At 28, he set up an ecologically sustainable sericulture farm. This innovative step earned him the Rolex Laureate Award in 1996.

In 1997 he co-founded Deccan Aviation, a charter helicopter service. Gopinath then upto launching Air Deccan, a low cost airline which was later merged with Kingfisher Airlines in 2007. In 2009 he founded Deccan 360, a freight flight business, however in July 2013, Deccan 360 was ordered to wind up by the Karnataka High Court order because of legal issues.

In may 2006, Capt. Gopinath was honoured by the the highest civilian award conferred by the French Government “Chevalier de la Legion d’Honneur” . He has also authored the book, Simply Fly: A Deccan Odyssey, Collins Business which was published in 2010.

Air Deccan, the Bengaluru-based company introduced budget air travel to Indians, mostly targeting at long-distance passengers who would otherwise be spending days on a train, reports Indiatimes. At one of its peak times, the airlines had a fleet of 43 air crafts, with 350 daily flights to 61 destinations and had a market share of 22 per cent passengers adds the report, however the company saw a huge downfall in 2007. This is when business tycoon Vijay Mallya intervened and invested in Air Deccan.

With cheap air fares, as low as low as Rupee 1 to gifting most of the first timers, a free ride, Air Deccan turned the thought of flying for every middle class Indian, into a reality says a Business Standard report. Gopinath, later went upto contesting in Lok Sabha elections in 2009 and 2014 which turned out to be a failed attempt.