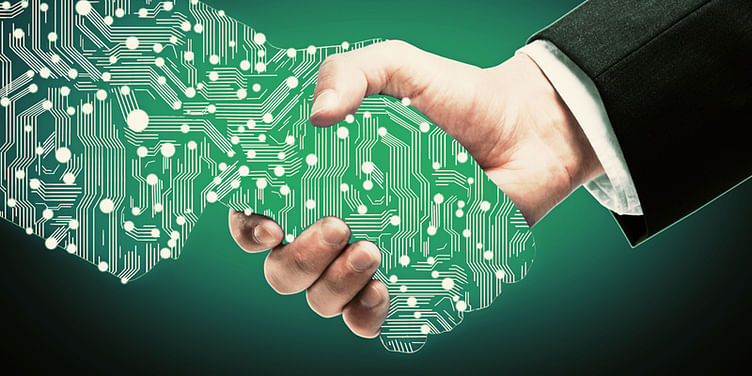 www.from.digital, a self-credited digital transformation agency calls digital transformation the third wave of digital evolution, citing brochureware and e-commerce as the first two (in that order). They give examples of giants like Netflix and Uber who transformed their core propositions —entertainment and transportation respectively — to become “completely digitally focused.” Summing up the essence of what it takes, they say, “digital transformation is what pre-digital companies must undertake to compete in the newest wave of the digital age.”

Galen Gruman of infoworld.com is emphatic in his summation or shall we say exploration of the term digital transformation. In short, he takes it beyond the routine application of digital technologies in all aspects of business. He calls this passé and insists on adopting a much more expansive definition. To emphasise his point, he quotes Isaac Sacolick, global CIO and a managing director at Greenwich Associates, an advisory services to the financial services industry, as saying, “Digitally transformed businesses typically develop an ecosystem that blur the lines between supply chain, partner, customer, crowd, and employee and both strategy and execution are heavily influenced by this ecosystem.’’

According to an extensive 68-page report on Digital Transformation: A Roadmap For Billion-Dollar Organizations by Capgemini Consulting, “Digital transformation (is) the use of technology to radically improve performance or reach of enterprises.” Gruman in his article titled ‘What digital transformation really means’ cites accurate examples of how several aspects in their digital avatars have gained everyday prominence in our midst, so much so that life without them seems unimaginable to the people of our world today. He specifically points out how, “Paper forms became electronic forms, cash became bits, paper documents became PDFs and HTML pages, sales transaction logs and invoices became sales-force automation and ERP” as the world of business ‘evolved’ its digital components. According to Diageo’s CEO Ivan Menezes (as reported in marketingweek.com), “It (DT) is not about doing ‘digital marketing’, it’s about marketing effectively in a digital world.”

One click on Microsoft’s link on the subject of DT directs you to their website, where it’s exclaimed loud and clear – “DT. It’s Real. It’s Now.” The page further states, ‘’Digitisation is not just about innovating, but it's about shifting gears to a whole new way of working and staying ahead of the curve.’’ A tad expected, but then as Microsoft has shown the world, it’s not just about what you know but what you do with what you know.

To show how DT is hot among businesses, there are several examples ranging from the bold and beautiful Apple, to the innovative mastermind Google, and the constant face of reinventing, Amazon. Apart from these businesses that have managed to write successful stories with DT, Uber and Netflix too have jumped on the bandwagon and are rewriting the rules that define digital and transformation. While these are household names today, there are examples of smaller players operating within a distinct cultural diaspora that are doing DT right.

According to a 2016 article on the website itnewsafrica.com with a well-poised tagline — Africa’s technology News Leader, “Standard & Poor’s predicts that the South African economy will grow by only 0.8 percent in 2016. Three different finance ministers in four days, a downward trend in its stock market, and plummeting currency values are all contributing to the slowdown. Despite the grim predictions, South Africa’s enterprise software market is growing. According to Gartner, IT spending in South Africa is expected to reach $26.6 billion in 2016, an increase of 5.1 percent from 2015. IDC also believes that in 2016, South African organisations will invest more in digital transformation initiatives to streamline their costs and improve their flexibility.” Needless to say that DT indeed has far-reaching effects.

In conclusion, one can focus on aspects that drive this transformation. According to an article on theguardian.com, “There are three key drivers of transformation: changing consumer demand, changing technology, and changing competition.” While these three aspects are individual powerhouses, their true potential can be utilised by both small and large businesses only in converging or uniting them. One way to know that your business is in fact digitally deforming is when, “When any of these factors coincide such that a business' operating model is no longer fit to serve its customers,” the article warns.

Business is an aspect of life. It pays to see it as a whole and as a subsidiary of the whole of one’s existence. Needless to say, who we are impacts what we do and how we do it and equally so, what we do defines who we are. Transformation, digital or personal, is inevitable. It’s not a collapse of the old but perhaps, an addition of acuity or the addition of an unseen insight. As you transform your business digitally, ensure thus, that you are holistic in your approach.