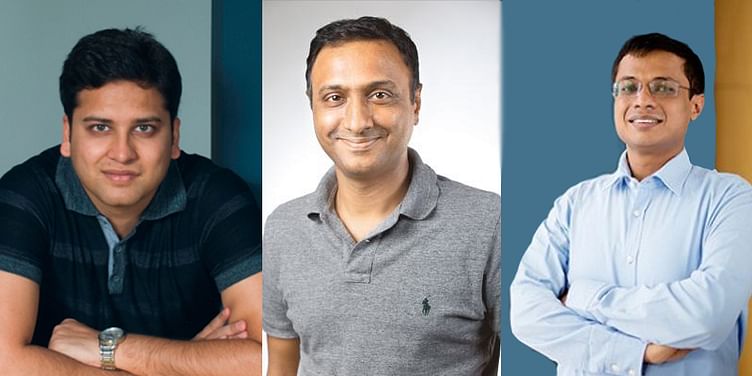 With its seventh round of funding — a whopping $1.4 billion from eBay, Microsoft, and Tencent at a valuation of $11.6 billion — Flipkart has re-established itself as the online commerce market leader in India. Flipkart has also acquired eBay's India arm. YourStory had reported this earlier.

An official press release has stated that in exchange for an equity stake in Flipkart, eBay is making a cash investment in and selling its eBay.in business to Flipkart. eBay will continue to operate as an independent entity.

“This is a landmark deal for Flipkart and for India as it endorses our tech prowess, our innovative mindset, and the potential we have to disrupt traditional markets. It is a resounding acknowledgement that the homegrown tech ecosystem is indeed thriving and succeeding in solving genuine problems in people’s daily lives across all of India," said Sachin Bansal and Binny Bansal, Founders of Flipkart.

eBay, unlike Amazon India, has so far not been aggressive in the Indian market. But now Flipkart and eBay have signed an exclusive cross-border trade agreement so that their customers can access the inventory of each other’s sellers.

“The combination of eBay’s position as a leading global e-commerce company and Flipkart’s market stature will allow us to accelerate and maximise the opportunity for both companies in India,” said Devin Wenig, President and CEO of eBay Inc.

Although rumours have been making the rounds for a while, Flipkart is confirming the fund raise at a time when there have been reports of the impending acquisition of its rival Snapdeal, backed by SoftBank. Cementing its position as the strongest contender against global e-commerce mammoth Amazon Inc. in the country, Flipkart will get SoftBank’s backing for the acquisition of Snapdeal, a major advantage for the company which is already backed by Tiger Global.

Flipkart has not had it easy in the past couple of years. Besides multiple devaluations by investors, there has been major leadership churn, the most recent being Kalyan Krishnamurthy taking over as CEO, replacing Binny Bansal who took over as Flipkart Group CEO. Co-founder Sachin Bansal is now executive chairman.

In its last round of funding, Flipkart had raised about $1.7 billion in 2014. Recently, they launched a private label under the umbrella brand of Flipkart Smartbuy. eBay is the latest addition to the Flipkart Group which includes Myntra-Jabong, PhonePe, and Ekart in the online fashion, digital payments, and logistics segments respectively, besides the parent company.