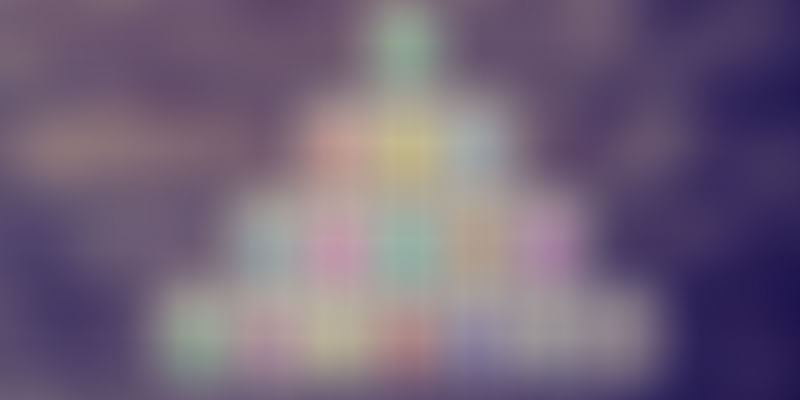 The workings of the world can be best compared to a pyramidal structure. In essence, in a pyramidal structure of governance and operation the many have the least information regarding the true nature (goals, aim, and agenda) of an organisation than the few who are at the top. The in-betweeners vary in their levels of knowledge, which increases as one goes from the bottom up. While most consider it to be an ‘everyone has his/her place defined’ approach, anyone who has ever got on a call with a call center employee or a front office representative knows how difficult it can be to convey a grievance or expect solutions from the lower-downs in the work chain. And invariably, these are the people one is first expected to go through in order to connect with the higher ups. Hierarchy, therefore, can result in irrevocable loss of time, patience, and calm. Here are five reasons why hierarchical structures add madness to any method of survival.

Traditionally, the CEO would sit in a corner office and send down orders and updates from the top. This would often be done without knowing or communicating with employees. In this way, information flowed down the chain until it reached those employees at the bottom.

Most people are living in sleep-wakefulness. They are unable to see the tight jaws of slavery in which they are trapped themselves and have trapped others. This is called slavery of the mind, and it is created and maintained through selective distribution of information. When an organisation falls prey to the clutches of such an unequal system of function, it creates a workforce that's incomplete from within. This results in a deep-seated but unidentified unhappiness among employees and eventually leads to the creation of a species of people who give into ignorance-induced laziness, thus creating work that's sub-standard and below par. In essence, a hierarchical structure of operation personifies the Orwellian statement “All animals are equal but some animals are more equal than others”, acutely captured in George Orwell's truth-telling fictional tale, Animal Farm.

Many of you must be familiar with the adage, knowledge is power. But most power remains a display of brawn. Yet, if a person endowed with physical strength can take down ten people at a time, one with knowledge can take down a whole country. Knowledge is the force to reckon with. Ask any CEO, founder, or entrepreneur par excellence and they will tell you that knowledge is the primary key to success and everything else is secondary.

It's the duty of those in the higher rungs of an organisation to make all information available to all employees at all times regarding their plans, goals, inner workings et al. Then it's the duty of the employees to take in all the knowledge that they can and thus bring to the table a renewed zest. Such complete and absolute transparency takes away the so-called blame game from an organisation's lexicon and puts the responsibility of the employee in their own hands via the informed choices they make. If, however, information is withheld, citing irresponsible and injudicious reasons, it will create a sense of internal disharmony in employees and affect the overall quality of their output.

Knowledge is everyone's birthright. Hierarchy creates nescience or ensures that a greater number of people remains ignorant of the true nature of an outfit than is desirable for a harmonious functioning of civilisation in general. When an organisation is hierarchical in nature, it attempts to break down its agenda into smaller and smaller units. These units or segments or departments know of only what concerns their part in the overall functioning of their organisation. Their interaction is thus limited with all the other departments of the same organisation. This often leads to looking down upon the work of other departments, falling for stereotypes, being typecast themselves, eventually creating an underlying friction between the many departments that are meant to cohesively keep the wheels of the organisation's economy moving.

The solution, therefore, is to relay equal information from the top down and then select people as per their area of specific skill and expertise and choice to carry on with the work. When departments are aware of each other's contribution, problems, and strengths, it will naturally lead to an environment where mutual respect thrives. The organisation can then work as a single unit internally and display the strength of several twigs tied together in a single bundle instead of being strewn around in order to fend for themselves.

Young startups and entrepreneurs should learn about dissemination of knowledge to all stratas of their set up and not leave true bonding and empathy to just off-sites and Saturday night outs. Once this system of equal knowledge to all takes hold of organisations, the model can then also be replicated in the political, monetary, and domestic arms of a nation. Complete and free knowledge exchange is the foundation on which we can a build a world of equality, clarity, and efficiency as opposed to the unequal world that we currently live in.