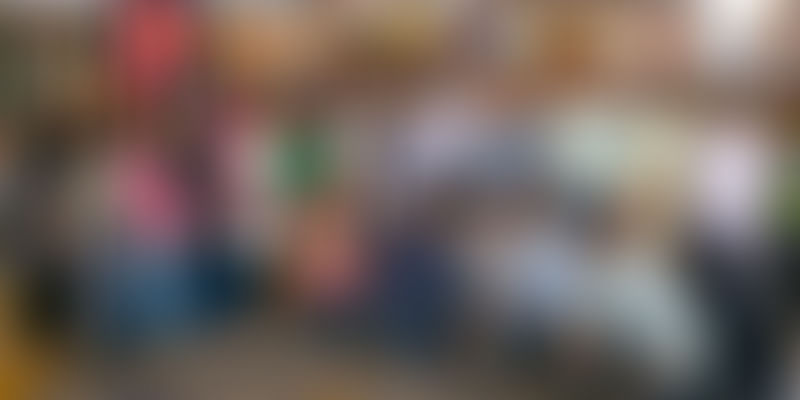 After gaining seven million users in about 18 months, Mumbai-based Indus OS looks to powering 100 million smartphones by 2020 with its operating system's vernacular appeal.

Digital is on the ascendant the world over, and in few places has its growth been more rapid than in India. The existing digital road map, however, has bypassed a significant portion of the country's population because of one poignant factor – language. A majority of tech products and services are in English, which creates a barrier for their distribution across the various strata of society.

The digital divide in the country is huge, and language has been a major impeding factor in closing this gap. While companies like Reverie and Process9 are helping online businesses go multilingual through software, Mumbai-based Indus OS (earlier known as Firsttouch) has taken the hardware route to take the smartphone to the non-English speaking population.

In 2013, three IIT Bombay alumni – Rakesh Deshmukh, Akash Dongre, and Sudheer B – realised that the needs and aspirations of the Indian smartphone user were unique, and that they required innovations that were built from the ground up.

At the time of creating Indus OS, the trio looked at technology and its impact on India through the lens of the country’s demographic. Rakesh says,

The country’s diversity presented a clear challenge – uneven distribution of technology amongst the various layers of the population.

When the trio set out to implement the idea of an Indian operating system, it was uncharted territory. So, they decided to meet select consumers across regions to understand their requirements in a smartphone. Later, based on the gaps that existed in Android, they realised they could bring a product to the market with an OS built for regional languages.

To test their hypothesis, the trio selected a small geography for a pilot where Indus OS would roll out phones under its own brand name and running own operating system. Rakesh explains,

We chose the Gujarati language and some parts of the Saurashtra region of Gujarat for a pilot. We rolled out 5,000 of our own devices with our own operating system to test the response from the consumers.

The trio also captured the mobile numbers of people who bought the devices, and called them up to take feedback. Almost all the customers said they bought Indus OS because of its language capability. “Feedback from users made our faith in the product stronger, and indicated that we were moving in the right direction,” says Rakesh.

After seeing success with its own range of handsets, Indus OS struck a partnership with Micromax in the second quarter of 2015. As a test case, Micromax launched Indus OS on 100,000 devices in the Unite 3 model. “If more than 50 percent of these devices were to be picked up in one month, Micromax would go ahead with the partnership,” recalls Rakesh. More than 75,000 devices were sold in 16 days.

“After that, our partnership has grown considerably, and today, we are present across 80 percent of Micromax’s smartphone portfolio. Our steady OEM partnership growth and evolving product has helped us reach seven million users across India,” says Rakesh.

During the pilot stage, Indus OS supported only Gujarati. The OS was then enhanced to support 10 languages during its launch phase. In its most recent upgrade, Indus OS 2.0 supports 12 languages, including Assamese and Urdu.

In the second quarter of 2016, the company surpassed iOS’ market share in India. It now has about eight percent of the operating system market share, while Android and iOS have about 82 percent and two percent, respectively. How does Indus OS plan to monetise its growing market share in the long run? Explains Rakesh,

Indian users are predominantly using Internet and digital services through their smartphones. As an OS, we are the gateway for all digital commerce and content, and therein lies our monetisable market.

The company is in partnership with six smartphone brands (Micromax, Intex, Karbonn, Celkon, Swipe, and Trio) in India, and present across more than 50 smartphone models.

Indus OS generates revenue through licensing fees from OEMs (original equipment manufacturers) and App Bazaar. Revenue from OEMs comes in the form of a one-time licence fee for each device powered by Indus OS, while revenue from App Bazaar (Indus OS’ app marketplace) comes through downloads of paid-apps and app promotions.

The company’s priority is the launch of Indus OS 3.0 and to partner with international smartphone brands. To that effect, it is setting up a team and opening an office in China.

Operating systems are a niche domain, dominated by global tech giants like Android, iOS, and MIUI. By creating an operating system specifically for India, Indus OS certainly has an early mover advantage.

India at present has more than 300 million smartphone users, and is expected to have 730 million Internet users by 2020. Rakesh says,

As an Indian OS, we are catering to these 730 million Internet-connected users, intent on solving the nuanced needs of the Indian smartphone users.

While other companies have tried to create technology products for India, they all have been specific use cases. So far, Indus OS seems to be the only company that has looked at creating an entire ecosystem for the Indian smartphone user.

So far, Android, iOS, and MIUI haven’t launched regional operating systems in India. However, what if they do so? Rakesh answers,

We believe that we have the local market understanding that has allowed us to build the product from the ground up. We strive to understand the unique pain points of the Indian users and innovate obsessively to solve them. We don’t think that Android and the others will ever launch a regional OS. But in case they do, our understanding of the market and early mover advantage will certainly differentiate us from them.