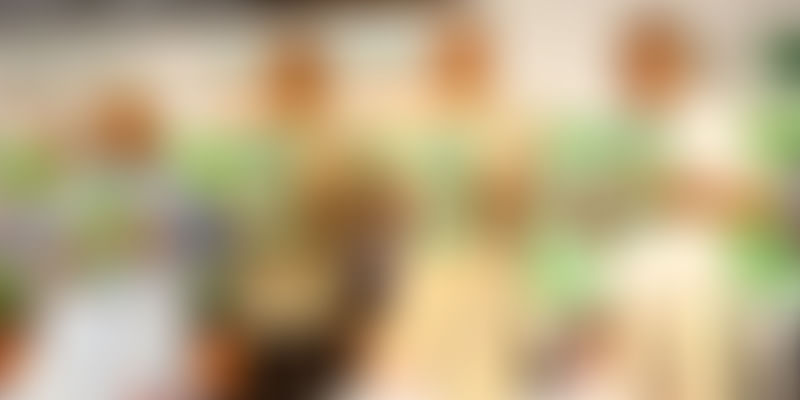 Being the first state to come out with an organic policy, Karnataka will have a first-mover advantage as the Centre too makes moves toward a policy shift in agriculture.

Karnataka on Saturday announced an organic policy that seeks to cater to the entire organic value chain and signals the shift in emphasis from traditional agriculture, which is increasingly becoming unsustainable. The state is the first in the country do so.

This policy push will not only take farmers to the next level and but also engage them in many ways: from organising them to educating them; from pushing them towards certification to helping them find a proper connect with retailers.

“The policy is a multi-level engagement that is designed to shift from traditional farming in view of recurring droughts and erosion of soil quality. In that sense, it is a very forward looking policy and provides the farmer with much-needed market linkages,” Karnataka Agriculture Minister Krishna Byregowda said after launching the Karnataka Organic Farming Policy 2017 at the ongoing Organics and Millets National Trade Fair in Bengaluru.

The policy will enable the next level of development in organic farming. Its main aim is to make organic farming mainstream and transform agriculture in Karnataka into a sustainable and remunerative operation to ensure production of nutritious food by promoting eco-friendly organic farming and marketing systems.

Incidentally, the state had come out with a organic farming policy way back in 2004 but very few farmers showed any interest then. As part of the new policy strategy, the government proposes to introduce organic farming in mainstream agriculture, focus on region and season specific crops to increase farm output and income; add such farmers as beneficiaries under various schemes; adopt a group-centric approach in production, handling and marketing organic produce.

Due to a large chunk of farmers in the state being dependent on rain-fed agriculture, the policy looks at diversified farming for maximising production, productivity and farm income. The policy also wants to promote neutral cereals that in turn will promote health for all; focus on conservation of the agri ecosystem; improving supply chain and infrastructure facilities for post-harvest handling and marketing of organic produce.

Among other highlights in the policy are to simplify the certification process which is a must for every organic farmer; enforce quality control in the supply chain; help in resources for grading, branding, labelling and packaging.

There are many areas that the policy wants to touch upon. The government wants to develop diverse channels to market organic produce. We also want to treat it as an industry and offer price incentives, credit and tax rebates for the organic industry.

Since there is a huge potential for export, this is one area the state government wants to actively promote.

India exports organic produce totalling Rs 3,270 crore or 3.09 lakh tonnes of produce to various countries and the top item is soyabean. Karnataka is keen to increase its export share. The state already has a separate body, the Karnataka State Agriculture Produce Processing and Export Council (KAPPEC), which co-organised this National Trade Fair, which acts as its nodal agri export agency.

For better coordination, a state-level empowered committee for promotion of organic farming and a working committee has also been formed, he added.

“The Food Safety and Standards Authority of India has drafted a new rule that no person shall pack, manufacture, sell, distribute any organic food unless they comply with FSSAI regulations. This applies to processed food and not to farmers. To export to other countries, an NPOP certification is required but it is expensive as it contains a QR code. Such a certification enables the seller to directly sell in the European Union and other markets which have stringent import rules, especially when related to food. All these central government policies are in sync with the new organic farming policy that Karnataka has come out with.

Centre too keen on organics

Yadav said around five lakh hectares of land will be allotted over the next three years to farmers who get PGS certification by the government to promote organic farming across the country. According to him,

“There are already 4,178 farmer groups with 1.7 lakh members in India who have received PGS certification. Already, over 1.23 lakh hectares have been certified under PGS scheme in India”

Acknowledging that such processes are important for the sunrise industry to grow, Sandeep Bhargava, CEO, OneCert Asia, said in future Aadhaar will play a role in getting more information about farmers and their produce as the government currently is not able to keep track of what farmers grow, how much they produce, whom they sell to and other related information which will help farmers get a better price for their efforts.

Rakesh Supkar, COO, Fairtrade said his company looks at environmental, social and economic aspects of certification. For example, he said child labour is prohibited and farmers with certification must follow the rule book strictly if they are keen to export. “Our aim is to improve terms of trade for farmers and enhance their value in the supply chain,” he added.