In the face of great prejudice, this sub-inspector married her lesbian partner in a traditional Hindu wedding 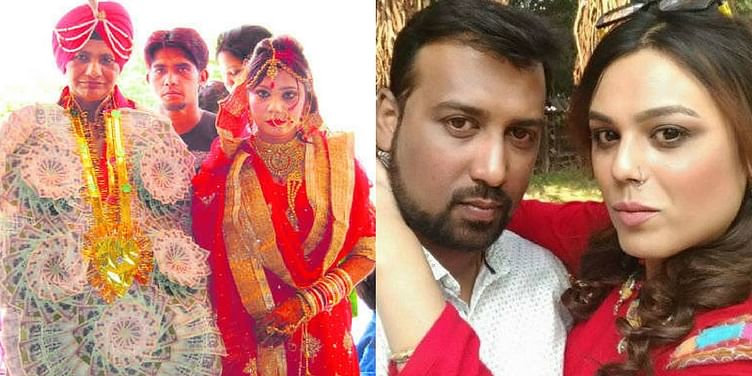 Manjit Kaur, 30-year-old sub-inspector from Punjab, recently got married to her lesbian partner in a traditional Hindu wedding. Manjit had earlier worked in the central jail in Punjab, and now works in Kapurthala. She arrived at the wedding wearing a red turban and riding on a red chariot.

The marriage took place on Saturday in Pucca Bagh, Punjab. Though the name of her spouse has not been disclosed, the wedding took place with the consent of both the families, according to India.com. Friends and colleagues too took part in the wedding. A first of its kind in Punjab, the wedding is symbolic of the LGBTQ community's protest against Section 377 of the IPC.

Just two months ago, Shree Ghatak Muhuri, a transgender woman from Kolkatta, married her childhood sweetheart Sanjay Muhuri. Not only did she have a social wedding, but she also became the first transgender person to legally register her marriage. Talking about her plight as a child, she told India Today,

"Being a woman trapped in a man's body made me feel lonely, strange and bad at times...Making things worse was the fact that there was no one in my family to understand my feelings."

The couple had to face a lot of social stigma and ostracisation initially because of the taboo around the homosexual community. It has been four years since the Supreme Court recriminalised homosexuality, upholding Section 377 of the Indian Penal Code. Here is an excerpt from the section:

"Unnatural offences—Whoever voluntarily has carnal intercourse against the order of nature with any man, woman or animal, shall be punished with imprisonment for life, or with imprisonment of either description for a term which may extend to ten years, and shall also be liable to fine."

Ever since the apex court's decision, the LGBTQ community, non-governmental organisations, and a few politicians have constantly been fighting against the move. It is high time that the Supreme Court paid heed to the people's demand, recognising that it is should be the fundamental right of every human being to choose a partner for themselves, instead of being barred from doing so on the grounds of one's sex or gender.

Will India’s startup ecosystem strive or thrive after the JPC’s Report on the PDP Bill?