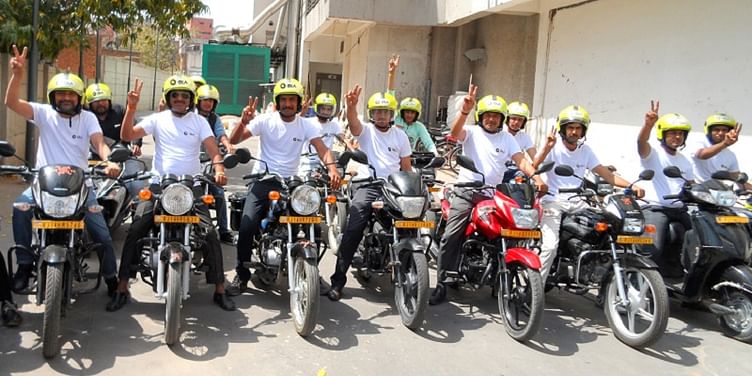 Transportation services aggregator Ola today launched its much-discussed platform — Ola Bike — in Faridabad, with more than 100 bikes. The aim is to address last-mile connectivity in the city.

A press release from the company has stated that Ola Bike will be scaled up to 500 over the next few months. They had launched the same in Gurgaon last year, which they claim to be a major success with over 800 bikes functioning under it now. Ola Bike is available in Faridabad at Rs 5 per km with Rs 20 as base fare for the first 3 km.

Chosen for the Government’s ‘Smart City Mission’, Faridabad is Haryana's most populous city. Residents of Faridabad travel to New Delhi, Ghaziabad, Gurgaon, and other cities of Haryana almost on a daily basis. Ola claims that this initiative will help people manoeuvre through the congested roads of the city at affordable prices.

“India has over 150 million registered two-wheelers and is the world’s second largest producer of motorcycles. Therefore, Ola Bike will not only tap into this growing category, it will also help in providing employment opportunities to millions of Indians and help them take their first step towards entrepreneurship.”

Although Ola and its rival Uber’s two-wheeler services have been in trouble in Bengaluru due to government regulations, Deep says the launch of bikes on the Ola app follows the company’s MoU with the Haryana government to introduce multiple commute options across the state. In June, Ola signed an agreement with the Haryana government to create over 10,000 entrepreneurs in the state with an investment of Rs 350 crore over a period of five years.