3 interesting projects from Makerspaces across India 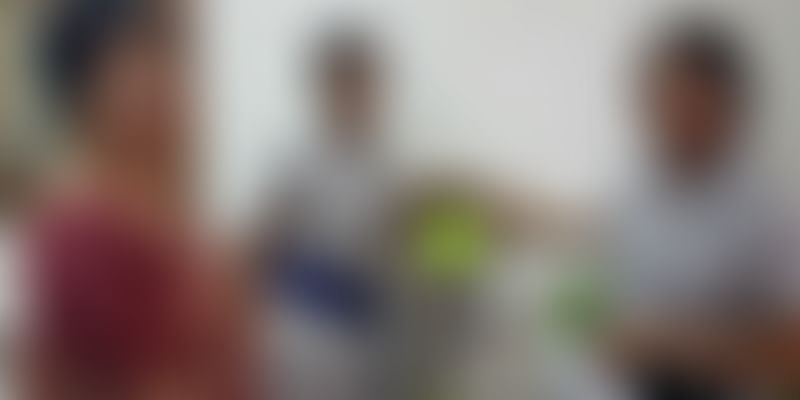 The joy of making something, creating something from scratch, the love of doing something with your hands- all these feelings describe the purpose of the many Makerspaces coming up across India. Humans have been making things since the dawn of time, but the term 'maker movement' was coined recently, just about a decade ago. It is described as “the surge of interest in creating physical items with digital tools and Internet-shared plans and techniques.” With origins in the western countries, the trend has caught up in India too, and there are a bunch of Makerspaces that have come up. Makers Asylum, which started out from Mumbai and is also in Delhi, is one of the early ones. There are many more, like Workbench Project in Delhi, CEPT FabLab, Curiosity Gym, Collab House, Heramb MakerLab, etc. To know what these MakerSpaces are up to, we wrote in to a bunch of them, and here is what three of them got back to us with.

Curiosity Gym runs tinkering labs and Makerspaces within schools called Innovation Hubs TM, and a part of the Innovation HubTM is a module called IDEC (Innovation, Design and Entrepreneurship Club).

In the club, students research a problem, meet stakeholders affected by that problem, run surveys, collate data and insights and ideate on different solutions that may help mitigate the problem. These are elements of the design thinking process that are central to all activities at the club. The students then design and build a prototype of a prioritised solution that may incorporate elements of multiple solutions.

After testing they deploy the prototype for use and get iterative feedback that helps the next iteration of the solution. Students are mentored to take the solution prototype to the next level to build the solution at a higher scale.

One of the successful projects has been a sanitary pad dispenser built by Class XI girls from Cathedral School, Mumbai. From describing the need to adopt better sanitary health practices, to conducting surveys and gathering results before going out and building a prototype, the entire process was followed diligently. After figuring out a mechanism, studying other similar machines, the students sketched their designs and validated them with 3D models using software, and then the model was made in cardboard and 3D printing to understand the scale.

Mentors at Curiosity Gym helped students find vendors for laser cutting, spring manufacturers and electronic parts and assemblies. The parts were purchased/manufactured and assembled by the students.

After a couple of weeks of tweaking, programming and testing, the dispenser was ready for its first alpha testing with actual user. The testing phase went without errors and was ready to be deployed at the girls washroom.

Collab House is a collaborative community hub that aims to educate, engage, empower and enable individuals, communities and organisations to make impact. It supports hackers, makers, startups and creative people.

Besides being a makerspace, Collab House hosts a range of events from arts to technology, it conducts workshops at colleges, and also caters to clients for specific hardware IoT projects.

CollabHouse shared projects like the redesign of a vintage Italian typerwriter for a movie, PiRadio (a small, yet powerful radio), a dancing bot, and Blossoms.

Going in details of Blossoms, it is a project with PreLab, which is an art installation that combines art, technology and human interaction. Made by a team of nine from Collab House and PreLab, Blossoms is an experiment in seeing how individuals from various sectors in a community can come together to create something that can move people.

Run by Atul Yadav in his spare time, Heramb MakerLab in Pune is gathering steam at the moment. Started up to devote time to making some useful things, Heramb MakerLab is an open ground for technologists and creative folk to come over and be a part of the maker movement in Pune.

One of the most exciting projects for them has been the Wind Tunnel Experimental Kit. This project has been developed to expose students to the idea of air flow around different objects. Via this project, people can know how air resistance is studied inside a wind tunnel. The application of this principle can be used while developing air craft, super cars etc. The team has also made a detailed Instructable that has garnered a positive response.

Do you have an interesting project to share? Write in to us at slowtech@yourstory.com or drop in the comments section.