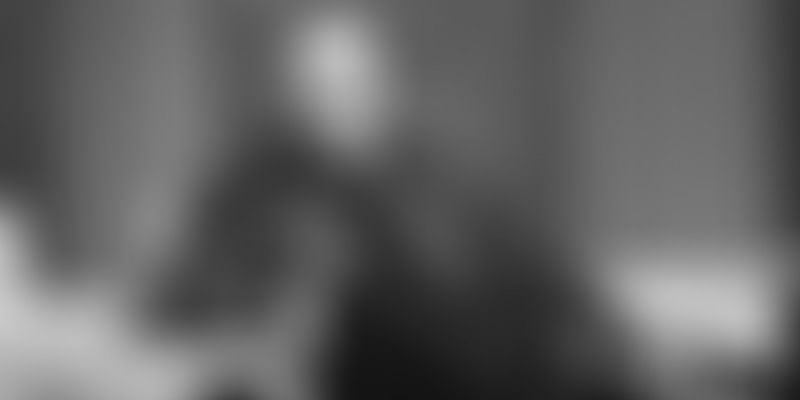 “If you want something from an audience, you give blood to their fantasies. It's the ultimate hustle.”

It can be safely assumed that while Al Pacino definitely became the backbone of Francis Coppola’s The Godfather, it’s Marlon Brando who’s remained the face ever since. Despite all his ranting against the hypocritical glitz and glam of the Hollywood life, he couldn’t help the fact that where he went, the spotlight followed.

The actor, who is famously remembered for his roles in A Streetcar Named Desire (1951), Julius Caesar (1953) and On the Waterfront (1954), had quite the colourful past before he became ‘Hollywood’s bad boy’. Born into a middle-class family in Nebraska, Brando was enrolled in an Illinois-based military school by his father, from where he deliberately tried to get expelled. The terse period following his expulsion saw a young Brando taking on the occasional odd job, until his father gave in to his unspoken plea and offered to pay for his education.

Before he could change his mind, Brando convinced his father to allow him to shift to New York and take acting classes with acting coach Stella Adler at Lee Strasberg's Actors’ Studio. He then managed to procure small parts in local plays whilst sliding his resume through to the top directors and playwrights of the period. Several months of struggle and hungry nights later, Brando landed his first Broadway role with John Van Druten's sentimental I Remember Mama (1944). Recognising the wide reach of a platform as big as Broadway, Brando adopted the notorious method approach and worked day and night, finally winning over his critics, who voted him as ‘Broadway's Most Promising Actor’ for his performance in Truckline Caf (1946).

The stage thus seemed set for a young Brando, who now decided to unleash the strength of his boyish charms onto the world of Hollywood, where he had already began to be taken note of.

While Brando’s entry into Hollywood marked a different kind of golden age in the industry, he began to indulge in its decadence as well. The better he did in his films, the more pompous, cynical, and self-destructive he became in his personal life. Despite delivering a series of blockbusters through the late ‘40s and ‘50s, his personal life seemed to catch up with him and his career went through a momentary decline for the greater part of the ‘60s. Paradoxically, his demands grew higher and his contract for making the movie included $5,000 for every day that the film went over its original schedule. In total, he made about $1.25 million through sheer arrogance.

Then came The Godfather. Marking a turning point in his career, Brando executed the (arguably) best performance of his career in his role as Don Vito Corleone, a ruthless Italian-American mobster who heads one of the most powerful mafia empires in the country. Brando received all the critical acclaim he had lacked in the past decade and took to it quite warmly, until the 1973 Oscars, where he managed to shock Hollywood and his fan-base all over again.

He refused to accept the Oscar for Best Actor.

Off the radar, Brando has been growing steadily disillusioned with the treatment being meted out by the industry to the American Indian community both on and off set. Off set, they were given little to no attention and on set, their roles weren’t just neglected or replaced in film, but rather they were disrespected.

At this particular ceremony, Brando had asked Sacheen Littlefeather, a little-known actress and the then-president of the National Native American Affirmative Image Committee to read out his refusal speech for him. Here’s a short extract from it:

“The motion picture community has been as responsible as any for degrading the Indian and making a mockery of his character, describing him as savage, hostile, and evil. It's hard enough for children to grow up in this world. When Indian children...see their race depicted as they are in films, their minds become injured in ways we can never know.”

Brando expressed later that his stance in refusing the Oscar was in particular support of an ongoing crisis which was taking place at Wounded Knee, where a team of 200 Oglala Lakota activists had occupied a tiny South Dakota town, which at that point was under siege by US military forces.

Quite naturally, Brando received contempt and censure from his peers in the industry as well as the majority of the American citizens refusing to accept this blatant callout of racism. His act definitely crippled his reputation by a considerable amount as well. However, Brando stood strong through the taunts and dissent, content that he managed to get the attention of over 85 million viewers to a burgeoning political crisis, much like what Meryl Streep did regarding the US Presidential Elections in her Golden Globes Speech this year.

It may have been 13 years since this legendary personality left us, but today, as his legacy turns a year older, he still inspires us to fight for the right reasons, society and judgement be damned.