Ramnath Goenka: the fearless journalist and press baron who founded the Indian Express 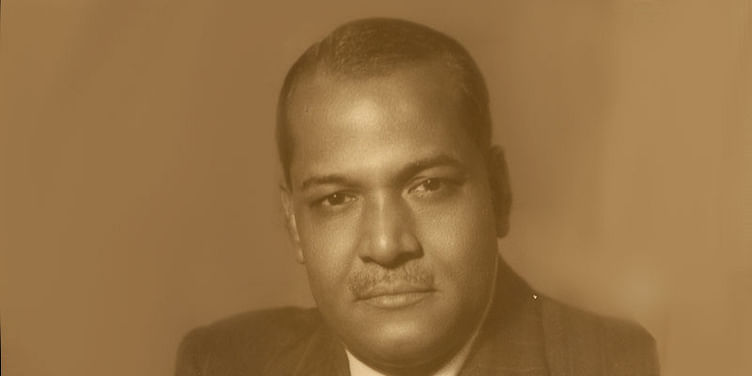 India is a land where the media and press have the freedom to express and report even in the face of occasional authoritarianism. This freedom can be attributed to the constant efforts by legends such as Ramnath Goenka, who fought for a free press.

Ramnath Goenka was born on April 22 in Bihar to a business family. In 1932, Goenka set up the Indian Express in Chennai. He also acquired other publications such as the Dinamani, the Andhra Prabha, and the Kannada Prabha. A wholehearted supporter of the freedom movement, Ramnath Goenka was a member of the Madras Legislative Assembly for a few years and had friends in the Congress. He even has his signature on the Constitution of India as a member of the first Constituent Assembly. In 2000, India Today magazine named him amongst the ‘100 People who shaped India’. This fearless journalist opposed Indira Gandhi during the Emergency and is also known for his legendary fight with Dhirubhai Ambani, once a friend and later a foe.

By the time of Emergency the Indian Express had over 50 lakh readers. The then Finance Minister, C Subramanian, suggested that Goenka be prepared to sell his papers to the Congress. Goenka fiercely opposed this, and then conflict began. Even though he was threatened several times by Indira Gandhi and Sanjay Gandhi, he refused to give in. Goenka got the better of the Government when they attempted to have Congress representatives on the editorial board. Sanjay Gandhi, Kamal Nath, and AK Antony (then a Congress youth leader), were among them. A tax demand of Rs 4 crore was implemented and the paper suffered financially. To add to it, banks weren’t allowed to extend loans to the paper and advertisers couldn’t advertise in the paper. Attempts were also made to cancel power supply to stop the smooth functioning of the press. Finally, when the Emergency was lifted, a number of things were published in Goenka’s newspapers on forced sterilizations, massive corruption, and political arrests.

Consequently, in the 1977 elections Indira Gandhi was voted out of power. In 1980, when she came back to power the squabble continued and a truce was only formed after her assassination in 1984.

Ramnath Goeka had a deep love for his nation and democracy. His built The Indian Express from the ground up and will forever be remembered for his commitment towards securing the freedom of the press. He always believed in what he felt was right and had an unshakable sense of purpose. We remember him as the pioneer of Indian press and media. As the Indian Express continues to grow, so does his legacy.