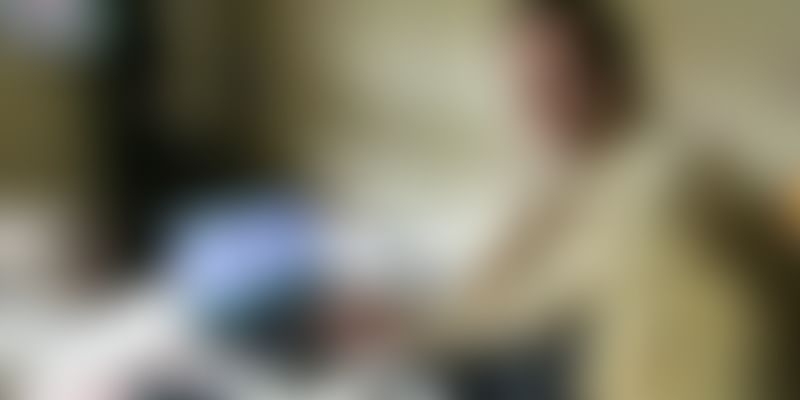 People all across the world prepare themselves for any struggle that life might throw at them. However, at times, we still find ourselves in situations that completely take us aback. It is at these times that life really tests your will to survive. Here is a man who suddenly found himself in a very difficult situation, and how he beat all odds is a story that will definitely make you feel inspired and motivated. This is the story of Hemant Mehra, who is from Gwaltoli village of Hoshangabad district in Madhya Pradesh. Hemant's father passed away unexpectedly when he was just 15, and he had to drop out of school owing to his financial circumstances. He then taught himself coding, and is now earning Rs 1.5 lakh per month from the comfort of his home.

Hemant's father worked as an accountant for the government. When he passed away, Hemant decided to drop out of school. He was then in the 10th standard and was assured that he would get a government job once he was 18 years old. It was as per a provision by the government offering employment to a dependent family member in the case of a worker passing away.

Reassured that he would have a job once he turned 18, Hemant started picking up odd menial jobs till the time he could take up the government job. In 2009, he reached the office confident that he would start with his work. However, he was disappointed to find that there was no job waiting for him.

He was left feeling anxious and quite unsure of his future. He continued to work in odd jobs till he came across a newspaper article in 2011 about big opportunities in the web and app development space. Hemant, while talking to The Better India, said,

I had always enjoyed working on a PC. My teachers would even let me sit in the computer class with my seniors because I was a quick learner.

It involved taking a risk. No one in my hometown knew about app development. In fact, there wasn’t a single company in Hoshangabad that worked in the field, and, at that stage, it wasn’t financially viable for me to move to another city. I knew that if I chose this field of work, I would have to work independently. But I was confident in my ability to succeed.

Since there were no options for coaching classes at his place and he could not join an institute given his academic qualifications and financial circumstances, he decided to embark upon self-learning, and started going to a cyber cafe to learn on the internet. He also bought many books on coding.

At this time, his grandmother also took him and his family under her wing. On learning of Hemant's love and passion for coding and computers, his grandmother bought him a laptop and an internet connection. Though his friends and other villagers were sceptical about his newfound passion, his grandmother continued to support him. While talking to Kenfolios, he said,

My grandmother ignored all of that and paid for the internet bills, which would sometimes be up to Rs 5,000-6,000. I cannot ever thank her enough for the trust she showed in me.

Without having anyone to teach him and guide him for his preparation, he still sailed through all his struggles. He launched his first chat app, called Mappi, in November 2012 on the Play Store. Since then, he has launched 15 more apps, which have only improved with time. One of his most popular apps is "Lovers in a Spin", which has more than 500 downloads, mostly by Americans. His apps have become popular all over the world, including in countries like the US, South Africa, France, and Israel. Talking about his achievements, he told Kenfolios,

People used to say I had gone mad, but when they realised my apps were being downloaded by people from all over the world, they were all praises for me.