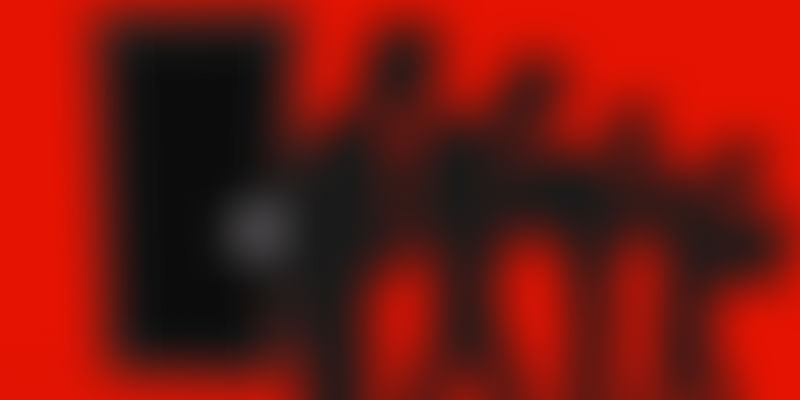 Firing reflects the culture of your organisation just as much as hiring does. Today, at a time when the startup ecosystem is going through several cases of mass firing, it has become all the more pertinent for founders to understand the right way to fire a person.

A year ago, the startup world spoke about poaching, about salaries that possibly rivalled some of the Fortune 500 companies, and large team sizes. Slowly, the world started changing; Tinyowl had to shut operations, and their layoffs became a public spectacle.

Early this year, Snapdeal fired close to 30 percent of its staff, and its founders, Kunal Bahl and Rohit Bansal, wrote an open letter to their employees. Lean teams, ‘corrected’ salaries, and more time between hires has become the norm. There seems to be more focus on culture and overall organisational fit than ever before.

The hard business of laying people off

“Nobody got promoted because they fire well. But your career can get side-tracked if you don’t treat people in a dignified way,” says Laurence J. Stybel, a career management and board adviser and an executive-in-residence at Suffolk University’s Sawyer Business School, in the Harvard Business Review. It, in fact, is a reactive as well as a destructive process.

Layoffs are one of the hardest and most unpleasant tasks in an organisation. But they need to be handled with dignity and care. It is like what is said in the book The Hard Thing About Hard Things:

People won’t remember every day they worked for your company, but they will surely remember the day you laid them off. They will remember every last detail about the day, and the details will matter.

Even for the manager, the process of firing seems non-productive. It can be disruptive and not in a good way. But one of the most important things of ensuring that you fire the person in the right way is to make sure that people do not feel that it is personal. In most cases, it isn’t about how smart the person is.

It’s not how you retain, but how you fire that matters

“How you treat a separating employee has a huge impact on what the others think of you and what they can expect when they move. Companies with a great culture ensure that separations are amicable,” says T.N. Hari, HR Head at BigBasket.

In the Indian startup ecosystem, most founders are first-time entrepreneurs. It, therefore, becomes all the more important for them to gain the right understanding and sensitivity for what needs to be done and how. The first lesson is:

“Obviously, the taller the promises while hiring, the greater the challenge later in communicating the bad news. So, try and avoid indulging in hyperbole during the good times. Moderation, humility, and a tinge of detachment in good times is crucial to tide over the bad times,” says Hari.

Sometimes it is just too late to talk

In an ecosystem that is going through a rough patch and churn, it is becoming increasingly clear that letting go of people is an art in itself. Says Hari, "Especially now, when a series of strategic errors, poor judgment, stratospheric compensation, lavish offices and desperate steps to shore up valuation with utter disregard for fundamentals result in having to lay off people, I don't know if one can imply it was inevitable by saying, 'We have no choice but to fire people.'"

Hari adds that, at this stage, it is too late to discuss or think about the right way of laying people off. Because at no stage was the interest of the employee kept in mind when the decisions that resulted in this state of affairs were taken. He says,

"Honesty is not something you can discover when you are in dire straits. You need to demonstrate it much before that for it to make sense and carry credibility. If you are in the situation that Snapdeal finds itself in, pay generous separation and help seriously with outplacement.”

But mass firings isn’t restricted to the Indian startup ecosystem. HBR has pages and pages of stories from top honchos in Silicon Valley, advising people on how to fire. In the early 2000s, e-commerce giant Alibaba fired several of the employees from its global branches. Larsen & Toubro fired over 14,000 people.

A report in the HBR states that it is important to develop a strong and clearly defined culture of involving employees in managerial decisions. This helps employees understand the consequences of their activities and actions and their role in the company. The report states that with a clear picture in mind, employees are willing to make more sacrifices for a long-term goal.

But that is changing in a hyper-competitive world. The HBR report states that the need to be super-driven and focus on creating a competitive environment has done away with the necessity of predictability and a clear picture. Today, instead of knowing the exact reward for their performance and the expectations from them, members are more focused on creating a value chain before anything of value can be produced.

Every game has its rules and probabilities of all its players reaching a set of known outcomes. This helps the players decide and weigh the odds and plan and act accordingly. However, it should also be noted that even if people don’t know the odds of winning, they are willing to accept uncertainty if in their experience they have seen advantages in it.

In today’s fast-paced startup world, survival is still a consequence of one’s ability to respond to change. But it is important that an environment where people can predict and understand the consequences of their behaviour and actions is important. As without that understanding people will be too scared to take risks.

Keep it quick and objective

The problem really isn’t in firing people, it is in how you deal with it. Separated employees can be your best brand ambassadors if the separations are handled well.

Rashmi R. Padhy, an entrepreneur who has founded and shut two companies, believes that it is important to keep communications as open and objective as possible. He says,

“I have learnt that it is important to avoid placing blame on a person. Even if it is the attitude or performance, it is best to say that the organisational goals and the individual goals do not match. Giving pointed feedback at the right time and just focused on the work helps.”

Contrary to popular belief, firing isn’t easy for the management and the founder. It is, in fact, one of the most stressful jobs. The best thing to do is ensure that the process begins without any delay. Because if the word leaks out, you then have another mess to handle. Rashmi adds that if firing or laying off people is the only decision left, it is the last resort.

“Only after going through different options and permutations and combinations of plans do you sit down to fire someone. And it just isn’t easy,” he says.

When the firing is performance-based, the issue becomes fairly straightforward. Regular and honest feedback should precede the claim of there being “performance issues". If feedback has been provided and things don't seem to be improving, a formal written feedback and a timeline to demonstrate specific improvement becomes necessary.

In HR lingo, this is referred to as a Performance Improvement Plan (PIP). The timeline for such a plan could range from one to three months, depending upon the company practice. Smaller, high-growth companies may provide one to two months. During this PIP period, there should be regular reviews periodically, to figure out whether things are improving or not.

“At the end of the PIP period, it should be evident to both sides whether things have worked out or not. If things haven't worked out, then formally serve notice and start the transition process,” says Hari.

However, that doesn’t mean that the process won’t be emotional. Some employees may cry, others try to speak about how they have just started a family. One of the biggest tasks a manager faces is in learning how to manage emotions.

Apart from conveying the message quickly, you need to make the transition quick and also ensure that you give the laid off employee a good severance package and whatever support you can provide.

You will still need people

In cases where whole teams and a huge chunk of people need to be fired, it becomes important to address the managers first, and the company next. Rashmi says,

“You need to make sure that the team isn’t demoralised. Especially if you are hiving a whole department off. When I was shutting down the company, I started with taking the management team out and having an open, honest discussion, and I was present in every conversation while letting people go.”

As the employee leaving your company is your brand ambassador, how people are fired reflects on the culture of your organisation. After seeing their friends laid off, it is rare that employees feel strongly motivated; in many cases, they might no longer be willing to make the sacrifices needed to build a company.

Companies with a poor culture stop treating separating employees (irrespective of whether they are voluntary or involuntary) with respect.

They stop acknowledging they exist, and cut out their participation in activities. For voluntary separations, acknowledging their right to separate without unnecessary discussion on their perceived opinions about the organisation is a critical component of a good culture.

For involuntary separations, communicate the decision without rancour and without branding the person. Everyone is born to be successful. “Just because someone has failed in your organisational context does not mean they are failures. Acknowledge that they can be successful elsewhere. Ask them how you can help,” says Hari.

While several organisations call it rightsizing, it actually is a pleasant euphemism for firing and downsizing. As, in reality rightsizing is significantly different. It is proactive and needs to be a constant part of building and managing a company.

Ben Horowitz had publicly taken his companies through three consecutive giant layoffs, which got a lot of media attention. And yet, he was able to survive and thrive. He wrote in The Hard Thing About Hard Things,

“In retrospect, we were able to keep cultural continuity and retain our best employees despite multiple massive layoffs because we laid people off the right way.”