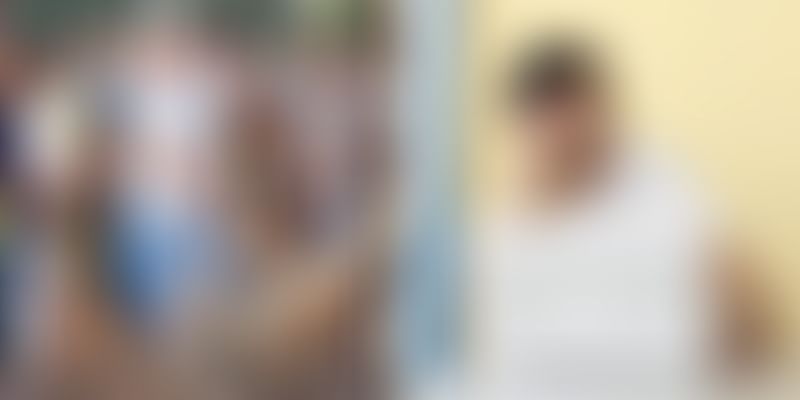 Until a few days ago, Bengaluru-based Akash Jain was a follower of Prime Minister Narendra Modi, till a tweet changed his life. The startup enthusiast, who is busy with his sister's marriage celebrations, introduced his support for the PM's 'Swach Bharat Abhiyaan'. Akash printed the wedding cards with the Swach Bharat logo.

Taking to micro-blogging platform Twitter, Akash's tweet to Modi was not only appreciated by the PM himself, but also saw him retweeting it and following Akash in turn. Within 48 hours, the tweet blew up, with a series of prominent BJP leaders retweeting it. Akash is one among the 1,689 people who are being followed by PM Modi. BJP MP Pratap Simha was among the first to notice Mr. Jain's tweet.

Dear @narendramodi, My dad specifically wanted @swachhbharat logo to be there on my sister's wedding invitation, hence got it. @PMOIndia pic.twitter.com/kD28savm82

This news was widely appreciated by his family and friends. Speaking to the YourStory team, he expressed his happiness,

My father and I have been highly inspired by the Swachh Bharat initiative by PM Modi. My father specifically wanted the Swachh Bharat’s message and logo to be there on the wedding invitation card of my sister’s marriage on April 29, 2017. Hence I got it done.

Thank you @narendramodi ji for your kind gesture. My entire family has been honoured. My dad has been closely following all your initiatives pic.twitter.com/3glYWmwBGk

A few days ago, Hubbali-based Mariswami took the Swachh Bharat campaign a little further by printing his wedding card with a four-page text on the importance of constructing toilets in the house.

PM Modi's pet project, the Swach Bharat Abhiyaan was initiated on October 2, 2014, to improve quality of living and sanitation, among other things. Soon after the announcement, the PM took to the narrow streets in North Delhi to prove his support, quite literally. The campaign received a lot of widespread support, with politicians and celebrities doing their bit. It is India's largest ever cleanliness drive, with three million government employees and school children having taken the pledge to focus on cleaning the country. The objectives of Swachh Bharat are to reduce or eliminate open defecation through the construction of individual, cluster, and community toilets.