From being asked to get off stage in 90 seconds to making a big name in stand-up comedy: Zakir Khan's story 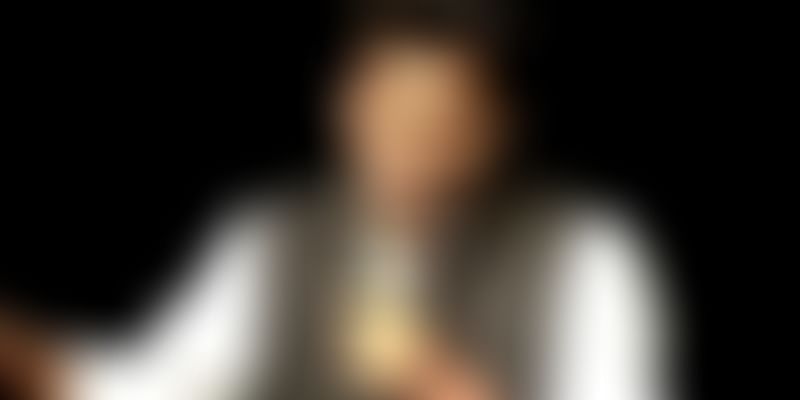 Stand-up comedy is an art that many of us were not even aware of till a few years back. However, in the past few years, it has become one of the most popular forms of entertainment. There are an incredible number of stand-up comedy events lined up in almost every big city, not to mention countless YouTube videos sharing the creative content we all look forward to watching.

Zakir Khan is one of the many stand-up performers who have gained considerable recognition in the recent past. He is known for effectively using humour to point out what is wrong with society. Zakir is gradually gaining a foothold for himself in the stand-up comedy scene, and has had quite an interesting journey.

Zakir was born and raised in Indore in Madhya Pradesh, to where his grandfather moved from Rajasthan. He belongs to a family with a strong musical background. Due to his upbringing, he did not just acquire a good taste in music, but was also taught to take music seriously. According to Youth Ki Awaaz, he told RJ Rohit in an interview on Radio Mirchi 98.3 FM,

I come from a family that has a 300-year-long relationship with music. For my parents, even getting a 9-5 job was an unorthodox thing to do.

Zakir dropped out of college and moved to Delhi with the aspiration of becoming a radio producer. He told Chaipani in an interview,

Yaar college mein rehne ka koi matlab nai tha. Classes hum attend karte nahi the, aur degree ze zyaada apni khwahisho se pyaar tha (There was no point of staying in college. I rarely attended classes, and wasn’t really in the zone of wanting to grab a degree. I had other plans for myself, and I wanted them to triumph over other things).

Zakir took a one-year course in radio programming at ARSL. He then moved to Jaipur for an internship in February 2009. He initially faced many apprehensions from his family for having dropped out of college and moved into a different space. He managed the situation and avoided any conflict as his love for both his family and his passion were immense. Speaking with Chaipani, he said,

I stopped taking money from home after I got done in Jaipur. I didn’t have a job, but lied at home that I did.

Zakir started taking up odd jobs in Jaipur to earn enough money to get by. He is someone who always believes in looking forward and decided to move to back to Delhi from Jaipur. He tried his hand in different fields, from theatre to radio, over the next year. He finally created so much value for himself that all those who had earlier rejected him started offering him a job. He eventually took up a job at a place he had not applied to before - HT Radio.

It was at that time that a friend suggested that he go for an open mic in Delhi. Talking about his first stand-up comedy experience, he said,

I have been writing jokes ever since I was a kid. Jokes in essence, of course. I began life in a boys school, and so I have a near unlimited stock of tales that could make people roll on the floor. It was only a matter of bringing them out in the right way.

After having attained immense popularity in Delhi with his numerous comedy events, Zakir was later called to Mumbai to write for a new comedy show, 'On Air with AIB'. Writing a script for a TV show was definitely the next stepping stone for him. He has also won the title of 'India's Best Stand Up Comedian' in a show by Comedy Central India. As per Youth Ki Awaaz, he said,

You just need to start walking, and you will find your own path. But you must start walking first. If you can't even take that risk, you should not work at all.

This new pool of talent believes in putting out all the facts the way they are, without being scared. Zakir Khan does exactly the same. His ability to laugh at himself and bring out social scenarios in a subtle yet effective manner might leave you feeling uncomfortable for a second. However, once it sets in, you will not be able to help yourself from laughing along with him. From being asked to get off the stage in 90 seconds to having received numerous standing ovations, this man has definitely come a long way.