For over 25 years, Kolkata’s Anandalok has provided a joyful home to the mentally handicapped 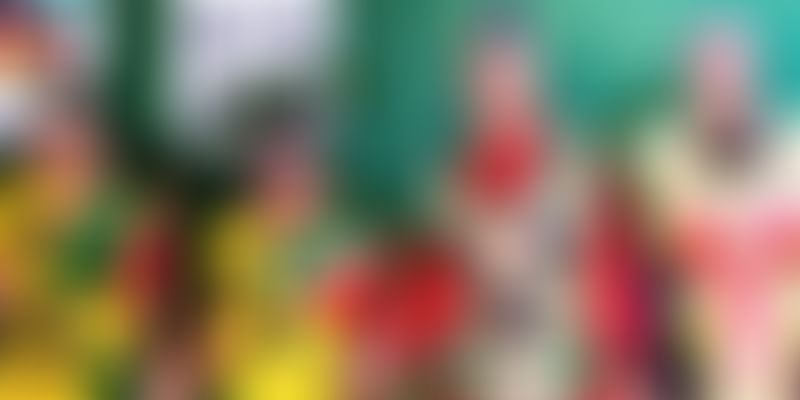 Iron gates set in a plain boundary wall open onto a serene compound, unperturbed by the hooting traffic plying along the nearby thoroughfare. Unassuming, neat buildings and leafy trees stand sentinel over a family of 30 residents and 15 full-time caregivers at Anandalok. In keeping with this peaceful scene, life here is, indeed, separate from life as you and I know it.

Of various ages ranging from 20 to over 50 years, the residents are delighted by visitors, and frolic like children who get the opportunity to dress up regally and perform in front of doting parents at annual day functions. Theirs is a different, vulnerable world.

When he was 41 years old, Bijoy Chowdhury and his friend, Ashok Sengupta, mused over starting a home for differently abled adults. Ashok’s younger brother, Kasinath, was living in a children’s home for patients of mental retardation in Kankurgachhi, Kolkata. Once Kasinath was an adult, he needed a place that would provide him with the special care and grooming he needed. On that note, Anandalok opened its doors on January 7, 1990 in Bhadreshwar.

Soon, on February 14, 1992, the home shifted to Badu in Barasat, West Bengal to an area donated by the Mahajiban Sadhan Sangh. At that time, there were four caretakers for all seven residents.

In 1994, Anandalok received a grant from the German government with which a ladies’ wing was constructed by 1996. With more funds from Indian Oil, West Bengal Department of Youth Services and Sports, ONGC, and others, a men’s wing, a boundary wall, and a vocational training centre were made.

At present, this home is a safe haven for 22 men and eight women, along with 15 full-time staff members. Besides, there are six visiting members of staff.

The home functions on donations and the subsidised fees families are charged for their wards. However, it strives to make itself financially self-sustaining since funding prospects are often unpredictable.

Seasonal fruits and vegetables are grown with organic manure in kitchen gardens. Fresh fish is reared in a pond. All produce is used for the consumption of the residents and the staff, and the excess is then sold. Residents are also given vocational and skill training. Their handicrafts, too, are exhibited and sold.

They are trained in basic self-care and clean habits. The aim is to provide them with a healthy and conducive environment, and skills for a fulfilling life. Residents receive behavioural counselling and their families are provided with guidance counselling. Anandalok was built to help middle-class families with wards who suffer from mild to severe learning disabilities. Now, however, the management is looking to reach out to families below the poverty line as well. Fundraising is on the agendum to buy more furniture and training equipment. There are also plans to begin dairy and poultry farming, and extensive farming and pisciculture.

More than a residence

For those who live in Anandalok, it has become family and more. Bijoy recalls some who stayed for a few years and returned home afterwards. “They are well now. They come visiting sometimes,” he says. Asked what he plans for the future, he replies simply, “I wish we can keep our residents happy and safe for as long as we can.” It is difficult to find dedicated caregivers for the home. Once that hurdle is overcome, they hope to welcome more men and women into their family.

But hurdles or not, the peaceful campus in Badu will speak to you of nothing less than the joyful. The family is as loved and safe as can be. Every first Sunday of the year is celebrated as the foundation day with a cultural programme. The winter picnic, too, is a merry affair.

When a world is so different than one’s own, one can only wonder of the travails it must brave. For Anandalok, the most spectacular success is the happiness that the staff and the administration tirelessly try to bring to those they look after.