Meet Anju Kish, a mother who isn’t afraid to talk about sex education 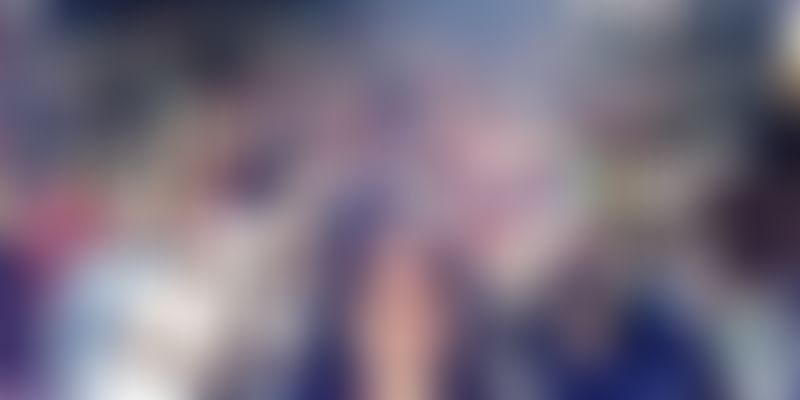 Anju Kish started ‘Out of the Box’, a platform that offers talks and workshops on sex and safety education.

Talking about the birds and the bees isn’t always easy, and more so when it’s a taboo subject in a country like India. While the mere mention of private parts irks a few, it embarrasses the others. But, the inevitable fact remains that one has to get educated on the subject of sex and safety at some point in one’s lifetime.

In India, because of societal norms, the subject is often evaded and tossed out of the window. Anju Kish, who feels quite the opposite about sex education, started ‘Out of the Box’ in 2011.Mumbai-based Out of the Box is a platform that offers sex education for children and young people aged 5 to 18+.

Out of the Box

“Way back, somewhere in 2006, my eight–year-old son came home one day and announced that the USA stands for ‘Under Skirt Area’! I was aghast! Apparently, the older kids in the school bus had been ribbing the younger ones and asking them whether they knew the full form of USA and had they been there?! I realised at that moment that I may be a vigilant parent but I could not control his exposure to adult content outside the home. The only way out was to educate my child and be a step ahead of the exposure!” says Anju.

Anju started looking for books which would help her talk to her son about the subject in a very child-friendly and age-appropriate manner. But to her surprise, she found nothing in the market that spoke to the kids in their language. Being a writer, Anju decided to write a book on sex education for children.

During the course of her writing, Anju began to get requests from her friends to talk to their kids as they could not handle the numerous queries directed at them. “One talk with a group of kids led to another and then another. I completely enjoyed the process and it took me back to my days as a soft skills trainer. And before long, I was hooked! Five years later, I launched my sex education company. A word of gratitude here to Dr Rajan Bhonsle – I learned about being a sex educator under him and he was a fabulous teacher,” says Anju.

Anju found that making that content interesting and interactive enough to obtain children’s attention for about three to five hours was a challenge.

“Parents of children aged between 13 and 14 years felt that their kids were too young to be spoken about puberty and growing up. And in puberty workshops, we don’t even talk about the sexual act – it is only about changes at adolescence. I decided to take the bull by the horn and spoke to hundreds of parents about what stopped them from giving sex education to their kids. What emerged were about six to seven common worries or blocks.

Today, I do a talk on ‘Breaking the wall of silence’ aimed at unblocking those mind blocks and I have seen amazing results. I offer that talk free of cost to any social, corporate, school or parent group,” says Anju.

Getting schools to open their doors was another challenge, which still is the case in some instances, says Anju.

Parental opposition, government policies, busy academic schedule, a large number of students, and no budgets were some of the blocks that Anju went through to bring sex education to the very fore.

Growing up – a musical

Anju gradually turned these talks into workshops. She started off with just one workshop for 9–12-year-olds on ‘Puberty & Safety’ and then kept developing more. Now, the team does workshops like ‘Okay & not Okay touch’ for 6–8-year-olds, ‘Positive Puberty & Safety’ for 9–12-years-olds, ‘Puberty & Beyond’ for 13–15-year-olds, ‘Sex ed & Sexuality’ for 16–18-year-olds. Anju says that they are also developing some more modules for the young adults.

The workshops are either privately organised or school programmes. The privately organised ones are single-day workshops conducted in groups of 12–24 and vary from four to six hours, depending on the category. Every workshop is followed by a combined parent–child session, as I believe it is very important to shed inhibitions and open the lines of communication at home.

Anju realised that parents were very keen to be part of these workshops. However, she could not let them be as the kids got conscious and did not open up as much as they did with the team and their peer groups. Anju started exploring how she could get both the kids and the parents together without any awkwardness and that’s when she hit upon the idea of having a play on puberty and safety.

Over the last two years, Anju has run 20 shows of ‘Growing Up,’ a musical play on puberty and safety.

A double graduate in Law and Mass Communication, Anju now lives in Mumbai with her husband and two sons. Anju, who hails from Nagpur, moved from being a journalist to a copywriter and joined a leading ad agency Lintas in Mumbai.

“When my first born son was a year old, I quit the agency and started freelancing as a writer and wrote scripts for ad films, corporate films, and did a cricket serial.

“I am in my 40s now but bursting with ideas and passionately enthusiastic about un-tabooing sex education in India,” says Anju.

Anju has recently penned two non-fiction books, titled ‘How I Got My Belly Button’ and ‘How I Found out Everything about Sex.’