From Asterix to Baahubali: Bengaluru to come alive with GAFX 2017 conference on animation, visual effects, gaming 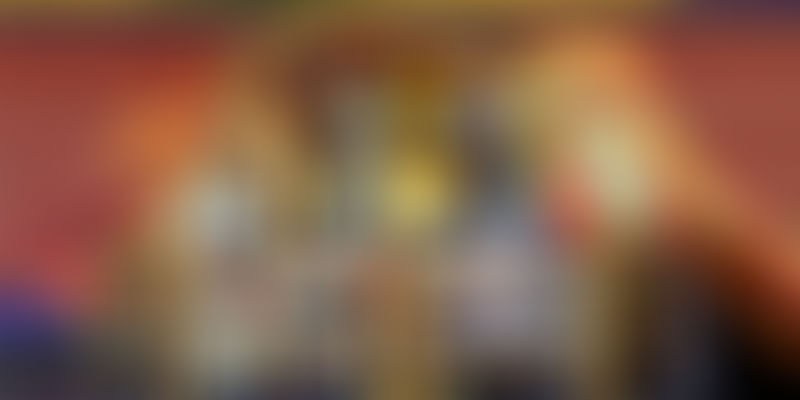 The three-day GAFX Conference 2017, to be held in Bengaluru on May 12-14, promises to be an eye-opening event with a galaxy of world-class experts in 3D animation, visual effects and gaming.

There will be high-level keynotes and hands-on workshops, along with case studies of visual effects blockbusters and animation feature films such as Baahubali, Fast & Furious 8, Jungle aook, Shivaay, Doctor Strange, Moana, Finding Dory, Asterix, and The Good Dinosaur. The conference is put together by the Department of IT, BT of Government of Karnataka and the industry body ABAI.

“This will offer a great platform for the aspiring youth to make a career in the animation industry and provide learning opportunities for the professionals at the same time,” according to State IT, BT and Tourism Minister, Priyank Kharge. “An event like this truly energises and provides an impetus to the ecosystem,” added Adi Shayan, Honorary Secretary, ABAI, in an official press release.

YourStory caught up with some of the speakers in advance of the conference to share their insights on trends, opportunities, challenges and success tips in the field.

Other trends to watch are AI systems for story-rich games, said Alejandro, in an interview with YourStory. TV animation and short-form content for streaming on phones and tablets are also becoming increasingly popular.

“Virtual Reality is the one trend that everyone is talking about though it is still early in the field. When the VR headsets become as ubiquitous as game consoles then we will see this area emerge into its own,” says Craig Caldwell, Arts Director, University of Utah.

“What I always have to remind myself is we are just at the beginning, true interactive VR is still years out, when a character has the resolution and AI to interact as if in person,” explains Craig. VR is at the same point as animation was in the 1930s. “In animation, we are seeing more and more of these skills being used in pre-visualisation as game engines are adding an ever-increasing set of animation tools and the need to render becomes less of an issue,” according to Craig. This is in turn is impacting the 3D visualisation in areas such as medical apps and architecture.

Along with the exciting opportunities in animation, there are also challenges in developing inter-disciplinary skills and partnerships in this field. “The field is changing so quickly that it is difficult to stay up to date with emerging trends. Direct contact and networking with industry professionals is essential,” advises Prof. Alejandro of SJSU.

“The challenge in teaching inter-disciplinary skills is recognising the differences between the disciplines themselves,” says Craig of University of Utah. How does a computer scientist approach their field different than an artist? An artist seeks feedback and is open to change, a computer science is often put into a situation of having to defend their work.

“Working together they learn from each other; an artist learns to have clearer goals from a computer scientist, while a computer scientist learns to keep thing flexible as they search not just for a solution but the best solution. They both hopefully learn that though the software is great, everyone has the same software -- it is what you do with it that sets one apart from the crowd,” explains Craig.

Industry and academic research together advance the field, and provide inputs into teaching and training. “Research in VR is where the great advances are coming from. VR doesn’t have a linear story so the designer must resort to using story elements, similar to using bread crumbs to lead a character down a path,” says Craig of University of Utah.

Research in human behavior is having a greater impact on how people actually response to stimuli. “For instance, it isn’t visual stimuli but auditory stimuli in VR that has the greatest impact in directing a viewer’s attention. There is a balance between waiting to trigger a character’s reactions until the viewer is looking at them and not having them wait for the viewer, resulting in the character have a sense of self determination,” according to Craig.

Tips for animators and designers

“It is important to establish a strong foundation in drawing, which hones the observational skill,” advises Prof. Alejandro of SJSU. “Have a diverse knowledge of books, plays, movies, and games, including those from other countries and cultures,” he adds. It helps to learn to work collaboratively both for a director and as a director.

“We will also roll out a survey for the conference participants to get their preferences on developing and playing games and the current problems they face,” said Divyanshu Chuchra, technical leader at Samsung and an industry expert in graphics content creation.

The attendees as well as speakers and workshop leaders have high expectations of the conference. “I look forward to meeting students and seeing their work,” says Prof. Alejandro of SJSU.

“There are so many great speakers. My problem will be which session to attend. I find that by getting the different points of view from the broad range of speakers, I get a more complete picture of how projects succeed,” adds Craig of University of Utah.

So if storytelling, character animation, cinematics, game development, tech tools, storyboarding, virtual reality, production engineering, and visual design are in your wish list of skill areas, head on to GAFX 2017 and reboot your creative career!