Audaciously going after their dreams, this couple is inspiring people to chase life changing experiences 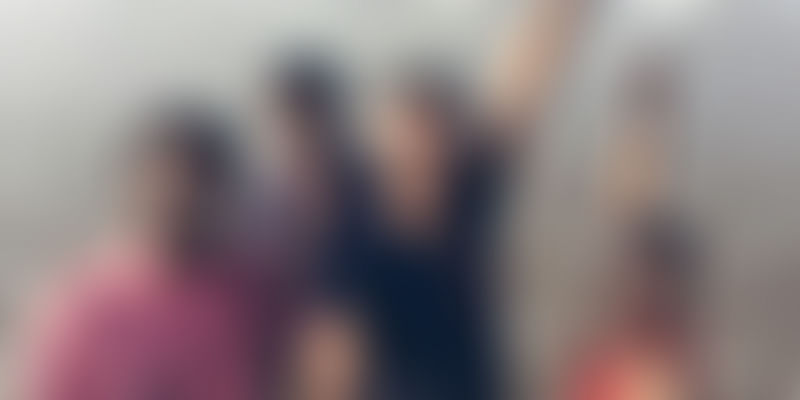 Aanchal and Prashant started ‘The Audacious Project’ as a series of events that challenge human potential.

The mundane nine-to-five life gets to everyone at some point or the other, but few ever do anything about it. Everyone dreams of having a life filled with adventure and fun, yet seldom does anyone take steps to realise their dreams. Aanchal and Prashant are two among those few adventurous souls treading their own path.

Aanchal Dhara and Prashant Madan, a couple from Mumbai, founded The Audacious Project to check off the offbeat things that they wanted to do in life. The couple felt that their fast-paced, busy urban lifestyles were drawing them away from what they would rather be doing with their lives. To follow their passions and dreams, they decided to create audacious, life-changing experiences where they’d invite people to join them and experience a little of what it feels like to act on their respective passions.

Two feet and a dream

In early 2015, Aanchal and Prashant, in a conscious decision to follow their dreams, sat down to make an honest list of the things they were most passionate about. They had only two rules, the first being that the list had to exclude anything related to their professions. Aanchal, who is a photographer, and Prashant, a filmmaker by profession, are both passionate about their chosen fields.

The second, more important rule was that the list should include things that they have little or no experience in.

“That’s the only way we saw ourselves growing from our experiences. We realised that most of the things on the list were very offbeat and required us to move far away from our comfort zones. When we shared some of our plans with our close friends and relatives, we usually got the ‘Are you mad?’ response. It made us realise that our ideas required a certain sense of audacity, and so we decided to call our brand ‘The Audacious Project’,” says Prashant.

With the audacity to hope and dream, and the spirit to chase those dreams, The Audacious Project dedicated itself to the creation and execution of events that test the human spirit and push people to achieve what they never thought they could.

The first project that took wing was ‘Two Feet & A Dream’, which was Aanchal’s 582-kilometre journey on foot from Andheri in Mumbai to Morjim Beach in Goa.

Around the same time, Aanchal and Prashant were already thinking of their next project. Prashant, who had just bought a road bike a few months earlier, began to form a rough plan for a cycling project.

“Many months later, in mid-2016, we were still toying with the idea of various routes, trying to lock in on the one that excited us the most. In June, I read a newspaper report on how it was possible to drive to Thailand from India because of the Indo-Myanmar friendship treaty between our governments. As total road trip lovers, I started to tell Aanchal how much fun it could be to drive to Thailand instead of taking a flight like we always do. She turned around and excitedly said, ‘Why don’t you cycle to Thailand?’” recalls Prashant.

In that flash of inspiration, Prashant and Aanchal found their route and their next event, which they decided to called ‘Sixty Days of Wonder’.

The journey started on February 20, 2017, from the Gateway of India, and ended on April 22 in Bangkok. “We had a lot of our friends and fellow cyclists join us that morning to wish us luck and see us off,” says Prashant.

The couple was joined by their friend Vijay Chidambaram, who cycled the entire distance with Prashant. A cinematographer, Srijan Chaurasia, was also onboard, and helped film the project.

“We also developed close relationships with our support car drivers during the four different stages of the journey. They were almost like family, keeping us protected from traffic, helping us shoot, and carrying some of our equipment. Our physiotherapists, Dr. Nikhil Latey and Dr. Sakshi Bali, and nutritionist Mihita Khopka, who were monitoring our health and diet daily, regularly suggested changes and aided in evolving the plan in light of new developments,” says Prashant.

Like any journey, The Audacious Project had its own set of challenges and struggles.

“The first was time, and the second was money. Our projects need anywhere between 12-18 months to execute, which is the time required for planning, training, and the final attempt. This was hardly possible trying to hold down a full-time job as a Creative Director at a TV network. So, once we had made up our minds about The Audacious Project, I quit my job and ventured into ad filmmaking,” says Prashant.

Since Aanchal was a freelance photographer, the couple could self-fund Aanchal’s walk, which gave them the insight into what they could offer potential sponsors or partners on future projects. For the bicycle trip, the couple partnered with Enerzal, which extended them support and sponsored part of their costs. The couple now hopes that their event will be fully sponsored.

During both the events, Prashant and Aanchal have helped each other out on various fronts in the background. While she was walking, Prashant was providing support, logistics, photography, and social media updates. On the cycling project, Aanchal would do the same for Prashant.

The cycling journey has come to an end, but the couple’s dreams have not. Aanchal and Prashant are already conjuring up ideas for their next project. While they haven’t finalised anything yet, they’re excited to be simply bouncing ideas about and having animated conversations about the possibilities.

“We hope this would inspire anyone who joined us or read about our projects to step out of their comfort zone and act on what they feel passionate about,” says Prashant, signing off.

REA to buy controlling stake in Elara for up to $70M; News Corp to hike stake