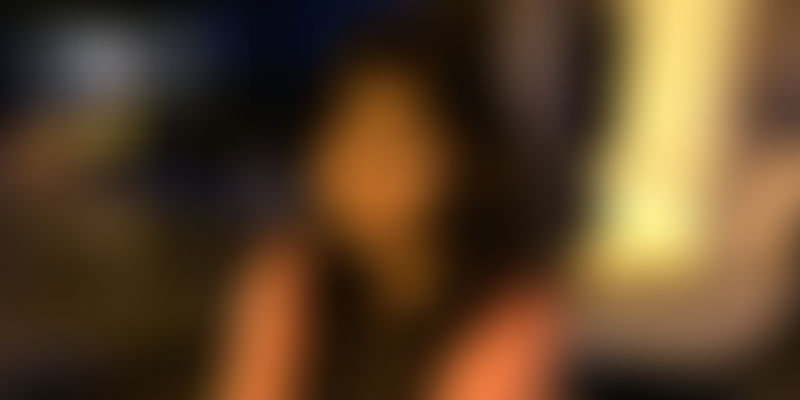 A woman in tech, Bharti Kukreja is pursuing her passion with a vengeance.

The hardest words the 23-year-old data analyst and winner of Techgig’s all-India coding contest Geek Goddess, Bharti Kukreja, has ever heard are, “Why are you wasting money on her education?” Well, the person who uttered those words must be eating them now, seeing how Bharti has conquered every obstacle thrown her way and come out on top. HerStory got in touch with her, getting some insight into her intriguing journey and the influences that drove her to become who she is today.

When a door shuts, a window opens

Born in a Punjabi family in Sonipat, Haryana in 1993, Bharti led a very sheltered life due to severe health issues. She was never interested in technology nor did she have a lot of access to it. It was only when she moved to Gurgaon in 2005 that she got her first laptop for an interschool competition. Even then, Bharti’s electives in school were always dance and art.

When she did decide to pursue a career in technology, things didn't go as planned. She got admission into Maharaja Surajmal Institute of Technology but because of her low rank, was forced to take up IT instead of her choice of a creative subject such as fashion designing.

It wasn’t apparent then, but that lack of choice was a blessing in disguise. While studying and programming initially seemed a burden, Bharti gradually began to understand the way coding reduced human effort to a minimum. She says that the turning point was when she learnt the simple code to calculate HCF and LCM. That was when her curiosity piqued and she began to explore the world of coding.

The harsh words that had been uttered about her education hounded her, giving her sleepless nights. “They still do,” says Bharti.

They are the words that pushed her then and push her now. Initially, they drove Bhati to prove herself and now they help her push her boundaries.

Through her college years, Bharti participated in numerous coding contests and hackathons, of which her favourite was the Women Techmakers GDG Code Jam session at Google’s Gurgaon office, where she finished 26th. From there on she also began to build up her knowledge base by delving into different domains like data science and data mining.

She enjoyed learning so much that she even wrote research papers and presented one of them at the International Conference on Reliability, Infocom Technologies and Optimisation 2014.

After graduation, Bharti chose to work at Verizon as a web API developer, a job that took her to Hyderabad in 2015. For the first time in her life, she was moving away from family. Despite her health issues, she decided to step out of her comfort zone.

As she settled into her new job, her routine existence started to feel monotonous. Bharti began to look for ways to bring in a sense of adventure to her life and ended up taking part in hackathons just as she had in her college years. This active participation intensified her will to keep learning and she wrote the INSOFE exam, gaining a 100% percent scholarship.

By taking 9-6 classes on the weekends and working at Verizon during the week, Bharti graduated as a data analyst and switched jobs at Verizon to now work in business intelligence.

However successful Bharti became, there was always that niggling thought that she wasn’t good enough. However, those words that implied she wasn’t deserving of an education fuelled her thirst to make her parents proud. It had been a childhood aspiration of hers to tell the world that all the credit for her achievements went to her mother and father. Winning Techgig’s Geek Goddess 2017 made all her dreams come true.

In the 45-day-long all-India coding competition for women in which 32,000 women participated in 2017, Bharti emerged victorious. She says, “TechGig being a huge platform, bridging the gap between hard work and success.”

Not one to rest on her laurels, the victory has only motivated Bharti to do more. She says, “I have miles to go..this is just the beginning.”

In the face of challenges

Despite her triumph, Bharti is in the minority when it comes to technology.

She tells us about a time when her female boss and a male colleague met a client and on introduction, the client automatically looked at the colleague instead of her boss, assuming that he held the superior position. She adds that when women take maternity leave or take a break to get married, they come back and accept supporting roles instead of leadership ones. “The women who return to work after a holiday often feel like they’re behind their colleagues and that they have lost track,” she explains. Speaking about the challenges she herself has encountered, Bharti explains that she constantly underestimated herself and thought herself less than the boys in her college class. Over the years, Bharti has dealt with the hurdles she comes across by using them as a source of motivation instead of an anchor that drags her down.

“Dreams are not what you see in sleep, dreams are those which do not let you sleep,” as said by Dr Abdul Kalam, are words she holds close to her heart.

A big believer in hard work and self-belief, she signs off by emphasising that hard work always pays off.

“I strongly believe that there is no shortcut for long-term success. We might get small successes by shortcuts and tricks, but the taste of success after long hard work is beyond anything. Neither should we ignore our personal life—especially our parents—nor should we lose track of our work life; we need to have a good balance of both. A good work life supports a good personal life and vice versa. One final thing I would like to add is, never underestimate yourself and grab every opportunity—you never know what you are capable of.”