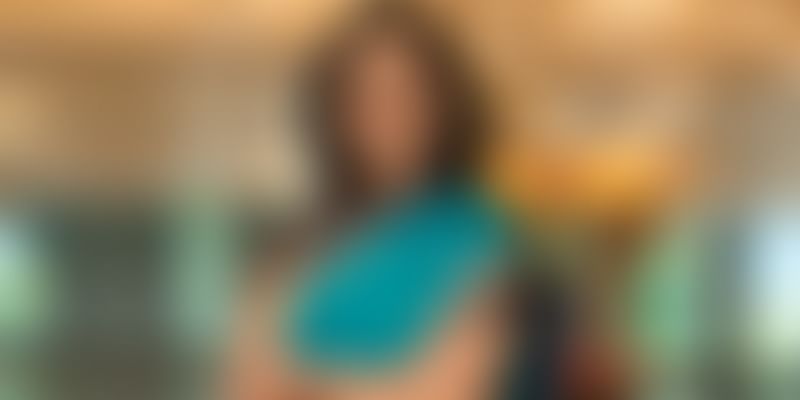 According to a media release by ICICI, the award was conferred on Kochhar for demonstrating a commitment to the common good - beyond the bottom line. “It signifies the tremendous work done by ICICI Group under Ms. Kochhar’s able leadership in improving the lives of people in the local communities and the world at large,” the release said.

Accepting the award on behalf of “India, its women, and the ICICI Group, Kochhar said,

"The Group has been serving India for six decades since Independence. Over the years, we have gone beyond our businesses to take up philanthropic projects in diverse areas from education to healthcare to skilling. Today, we have provided skill training, free of cost, in technical trades, sales, and office skills, to over 136,000 people, who are gainfully employed."

The previous recipients of the award include Indians APJ Abdul Kalam and Narayana Murthy, and Hillary Clinton and Condoleezza Rice, among others. Kochhar is the first Indian woman to be conferred with the award.

In her statement, she added, "As I see the list of past recipients of this honour, I feel inspired to be counted as one among them. It is a distinguished and varied list, reflecting not only the wide range of achievements of these individuals, but also the Woodrow Wilson Centre's commitment to recognise and honour excellence across every area of human endeavour."

The Wilson Center (www.wilsoncenter.org), chartered by the US Congress as the official memorial to President Woodrow Wilson, is a key non-partisan policy forum of the US for tackling global issues through independent research and open dialogue to inform actionable ideas for the policy community.

Thomas Nides, Chairman of the Board of Trustees at the Wilson Center, said, "The Woodrow Wilson Awards are a special opportunity to recognize individuals who are thoughtful leaders, engaged citizens, and vocal advocates in their communities. Chanda Kochhar is known for her leading roles in strengthening ICICI Bank’s retail franchise, improving technological innovation in India, and helping expand opportunities for women."

ICICI Group offers occupational skill building programmes free of cost at its 24 skill training centres across India. Recently, the Group completed the transformation of 100 villages into ‘ICICI Digital Villages’ across 17 states in India in 100 days, that included vocational training to over 11,300 villagers, including over 7,500 women. It has also provided credit and market linkages to the villagers enabling many of them to set up entrepreneurial ventures. ICICI Bank will expand the number of such digital villages by another 500 by December 2017.