This Indian startup is making waves in American retail 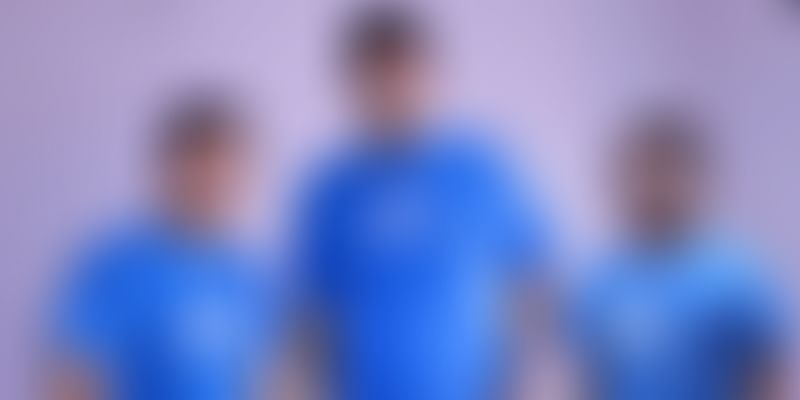 According to MarketandMarkets, the global augmented reality market is expected to reach $117.40 billion by 2022, growing at a CAGR of 75.72 percent.

The future is in immersive experiences, and a whole host of VR startups are cropping up to change the way people experience things. Some want to focus on retail and realty, others on the automotive and manufacturing industries. However, there are a few who take the bet of going to the US to make things work.

Smeet Bhatt and Sushil Kumar met at IIT Bombay in 2008 where their friendship blossomed over endless discussions on 3D technology and the gaming industry. It was there that their inclination towards virtual reality (VR) was seeded.

The birth of a team

Sushil was interested in graphics and 3D tech, and did most of his coursework in the subjects. Smeet loved gaming and continued working on new technologies that enabled VR. However, both did not have any inclination to start a business at that time, and they went about their lives as virtual world enthusiasts. Smeet graduated in Civil Engineering and worked with the Fixed Income & FX division at Deutsche Bank for about two years, while Sushil passed out as a Computer Science graduate and worked with Qualcomm and Zovi.com. He also pursued his MBA from IIM Ahmedabad.

“After a few weeks of brainstorming, in 2015, we started building VR tourism content,” says Smeet, adding that the idea was to create an experience of 'visiting' and 'feeling present' at top destinations like the Eiffel Tower, Taj Mahal and the pyramids.

Chymera VR was born in Bengaluru, and began by partnering with a few FMCG companies to pilot experiences of VR content around their brands. But this did not work out as brands felt that VR was too novel a concept. Besides, the startup did not sign any commercial agreements with brands.

The duo soon realised the difficulty in monetising content on a new digital platform like VR, and hence had trouble finding ways to scale the business. The founders decided to settle down in Bengaluru for its engineering talent and here they figured out a monetisation platform for VR. They realised that young content studios and developers always had difficulty in monetising content, be it for mobile, web or videos.

“We have been primarily focused on product development on the engineering front in the past one year,” says Smeet.

They went live with the beta in Feb 2017, and currently serve the two leading mobile VR platforms, Google Daydream and Samsung Gear VR.

Knowing India would not bring revenues, they relocated the sales and business operations to San Francisco after raising undisclosed sums of money. “Our product team will continue to operate out of Bengaluru for the next nine to 12 months,” says Smeet, adding that Chymera was helping publishers in the US, UK and France to monetise VR/360 content on mobile VR ecosystems via premium advertisements.

The business in the US

​The Chymera platform can serve 360 ads on Daydream and Gear VR, and they have added analytics functionality for advertisers to better understand key metrics in their ad campaigns and to optimise them to offer truly immersive product discovery experience to their customers. They have made improvements on content-to-ad transition, user experience and click-through rates. They offer cross-promotion across VR platforms to clients, enabling them to increase scale through increased downloads/views and higher retention. The company works on a B2B model and earns a cut of the ads displayed.

There are several VR companies that are working on different business models, ranging from pure experiential services to enabling commerce. Meraki, Absentia, SmartVizx, Tesseract are some of the Indian startups building VR technologies. Meraki has created immersive experiences for tourism clients. SmartVizx has raised $500,000 to build VR platforms. Tesseract has raised $200,000 as seed money from Astarc Ventures to build headgear for VR. These businesses are all in pilot mode and yet to create real applications that can go commercial. So funding-raising was important for Chymera to gain customer traction.

The company started the fund-raising process late last year, when the beta was under development and it was a tough sell to investors given the VR market is still in its infancy. Says Smeet,

“Our investors saw value in the product we were building, clubbed with our early traction in the VR community in Silicon Valley. Our investors add a lot of value through their network in Valley and India, as well as with their strategic adtech background.”

​Consumer VR adoption really took off in 2016, with hardware sales peaking at Christmas in 2017. Since then app downloads and user engagement have seen tremendous growth, with the industry expected to hit inflection point in 2017. Samsung Gear VR sold five million-plus devices in 2016, much higher than expected. The VR advertising market is expected to be worth $3 billion by 2020. Having said that, VR is still far from being a mainstream technology, and Chymera is recalibrating its strategy to find its product-market fit.

​Consumer VR is still less than two years old, and its primary user base is concentrated in the US and China. Unlike China, in the US, most consumers experience VR through private ownership of hardware, which is ideal for brands who wish to run VR based ad-campaigns to immerse their target audience through innovative content. Silicon Valley is the natural hub for almost every VR infrastructure company, while Los Angeles serves as the creative and content hub. Moving their sales and business operations to the US has helped Chymera with increased reach and visibility in the VR community.

“Scaling the idea becomes important and the business models are yet to be proven in several technologies in the hype cycle,” says Naganand Doraswamy, CEO, IdeaSpring Capital.

But Chymera seems to be in the right market, positioned to become the first Indian VR company to make substantial revenues.