With a large consumer base, Delhi-based ‘Craft Village’ is uplifting over 1,500 craftsmen and artists 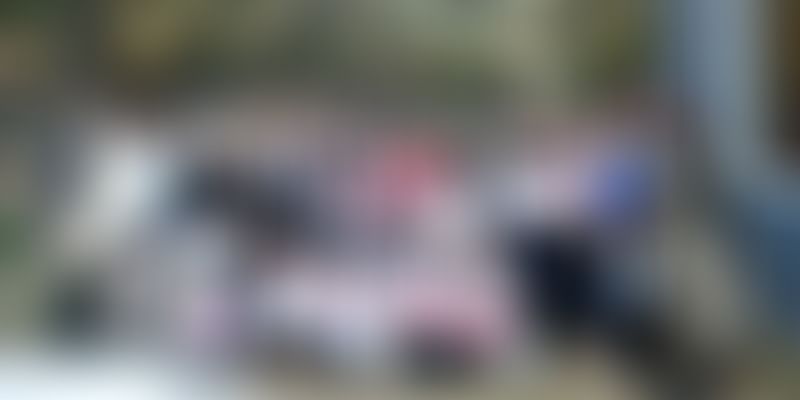 Craft Village offers in-house residency facility for designers and artist from across the world.

If one searches for ‘craft training’ on the internet, what appears are hobby-based arts and crafts. Most of the serious, age-old techniques are conveniently hidden in the crevices of the search engine.

In the face of such glaring extinction of the arts, the founder of Craft Village Iti Tyagi feels that there is a need to introduce crafts into today’s education before the skills of local artistry are lost forever.

Iti believes that it is important to understand that this learning is not just to preserve our past but also to protect our future by addressing concerns pertaining to sustainability. Ideas such as new and responsible community development and empowering women and children through the crafts can change lives for the better. With this belief and vision, Iti founded Craft Village in October 2015.

“Around 2015, Iti began looking for an ideal location for her venture and, after a long search, settled on the heart of Delhi. This location owes its specialty to its easy accessibility. Craft lovers from all over India and abroad can easily reach Delhi. This location also brings the crafts to the urban community of India,” says Somesh Singh, a member of Craft Village.

Today, the majority of craft production remains unorganised, with its full market potential untapped. The artisans, as a result, are struggling for sustenance and propelled this very loss of markets and declining skills. A large number of artisans have moved to urban centres in search of low, unskilled employment in industries. According to the United Nations, over the past 30 years, the number of Indian artisans has decreased by an alarming 40 percent, indicating the grave need to re-invest in artisans to safeguard their history, culture, and source of livelihood. Consequently, Iti has been working at grass route level in the craft sector for last two decades.

Dedicated to the craftsmen of India, Craft Village is an initiative that helps the craftsmen connect with patrons and communities that will not only learn and explore their skills but will eventually also become active consumers of their art.

In addition, Craft Village has successfully started ‘International Craft Day’ in 2016 to bring the craft community together and to mark a day so that everyone can remember and celebrate crafting beyond borders.

Within a short span of time, Craft Village has been able to connect rare crafts of India with modern consumers by imparting knowledge of these traditional crafts through workshops with hands-on experience. Workshops offer the urban population to explore their interest in crafts of India by learning about their concepts and techniques.

“We have noticed that during the workshops, the stories of the rare crafts capture the emotions of the modern-day consumer, which in turn helps them build tangible insights. The participants have actively claimed to participate in ‘Less Bargaining’ when buying these craft products and choosing Indian craft products over cheap imported goods to support sustainability.

They take pride in becoming a part of a community of responsible consumers. This has increased net sales of these articles. Urban populations have also helped in enhancing the brand perception of cultural products by connecting with them through digital and social media which result in better wages of the artisans and better value of their work,” says Somesh.

Craft Village offers in-house residency facility for designers and artists from all across the world, who are willing to work in an environment where there is enough to inspire and no limitation of resources.

Craft Village provides studio facility to artists, where they can come, stay, explore, and deliver their creative side. State of the art fully equipped creative studios with canvas, colours, potter’s wheel, weaving units, tie and dye units, textiles, camera, and necessary materials are provided to artists for all their creative needs.

Artist residency programmes are offered twice a year in various areas of work – clay and ceramics, textiles, products, public spaces, film, graphic and communication, installations, theatre and many other areas of art and design.

Through its network and with the help of various institutions, Craft Village has been able to reach out to more than 1.5 million people across the country and internationally.