Being empathetic and non-judgmental is key to a good life 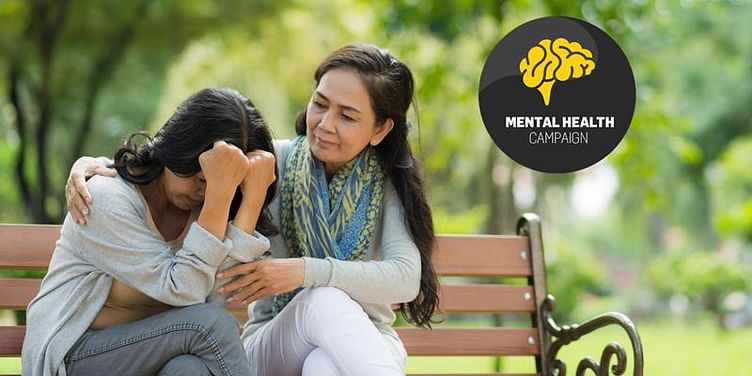 Ever since I started being a ‘giving’ evangelist, I have had to keep chiding myself for being judgmental or churlish about people I know—and love—who don’t seem to have a charitable bone in their body.

And I remind myself of an incident a few years ago, when the tables were turned.

I was living in London at the time, working for the famous—or infamous, depending on which side of various fences you sit on—red-top tabloid, The Sun. One evening at a friend’s for dinner, I was engaged in conversation with a woman I had just met, and we were going through the usual ‘where do you live?’ ‘what do you do?’ introductory ritual.

She (let’s call her Lata) told me she had come to the UK as a child with her parents when dictator Idi Amin expelled Indians from Uganda in 1972, and that she worked at a shelter for Asian women who were victims of domestic abuse. This triggered my interest as The Sun had very recently done a series of articles on the subject, but featuring victims who were largely Caucasian.

Before I could say anything, Lata asked: “So what do you do?” and I told her, unashamedly, that I worked as a features sub-editor for The Sun. It was as if there was an explosion in the air between her and me. Lata looked shell-shocked, gawping like a goldfish, gulping the words that weren’t coming out of her mouth.

Uncomfortable with her reaction, I looked away and started making polite conversation with the person standing next to her…when Lata interrupted me mid-sentence. “No offence Sara, but working for The Sun…how do you sleep at night?!”

Now it was my turn to be lost for words, but thoughts were racing around a principal one: how dare this holier-than-thou person judge me? Without any knowledge of my life or what compels me to work for a newspaper whose stories are better known for sensation than substance, or how well my employers had treated me during the most difficult period of my life? Or that I needed to pay the mortgage and all the bills as a single parent of two teenage girls?

We are all guilty

As you can imagine, the party for me pretty much ended there, though as I was leaving, I did offer Lata a lift home, which she graciously accepted. She apologised in the car. My initial indignation had faded by then, having put myself in her shoes and thought… actually, we are all guilty of being Latas, and often unconsciously.

We judge others by our standards, our morals, ideals, principles, and preconceived notions—from how we dress and look, and where we live and work, to how we behave in public and conduct our private lives, and on what we spend our time and money.

We forget that all these are a matter of personal choice, and sometimes a matter of survival, depending on individual circumstances. And sometimes our template for judging others is as random as it is fickle.

Someone I knew in my teens, for instance, decided she would not befriend peers who did not smoke weed because that proved they were ‘uncool’.

At the time another friend was grappling with adolescent questions about the existence of God. Once she had concluded that God was just a powerful figment of our collective imagination, religion-abiding citizens were off her close-friends list. She equated intelligence with embracing atheism, a rationale she has since sensibly revoked, and her ‘friends list’ has gained in length!

The other day I met someone who said he’d readily give money to a simple, sadhu-like character who perhaps feeds street children, rather than to an NGO that, say, professes to rescue trafficked women. His reasoning? Because “where do these founders get the money to drive around in Mercedes Benzes?” His conclusion (and the brush he uses to paint and taint all heads of non-profits): the founder has got to be living off the donations meant for his NGO.

I’m sure you too have many examples of our inclination to judge someone. We are social animals and second guessing the character of others from the information we have about them is human nature—part of our survival instinct born out of living in groups, then larger communities and knowing who to trust and who your enemy is.

Not surprisingly, scientists have found that altruism, too, is part of our DNA, or something that comes more naturally to us than, say, apathy. So why then does our behaviour not reflect this inherent quality?

A recent study suggests it is because the part of our brain which controls behaviour and impulse dominates and, therefore, suppresses our genetic tendency to empathise, associated with another area of the brain. And without empathy—the ability to feel the pain of others or putting yourselves in another person’s shoes—the pro-social act of giving is never going to happen.

I’m no scientist, so members of this community may start rolling their eyes now.

But, in layman’s terms, if we can somehow make those regions of our brains responsible for empathy play a more prominent role in the way we interact with each other and conduct ourselves rather than have them play second fiddle to our pre-frontal cortex (impulse control station), giving to others might become a way of life.