'My mom is Jhansi ki Rani': entrepreneurs remember their mothers 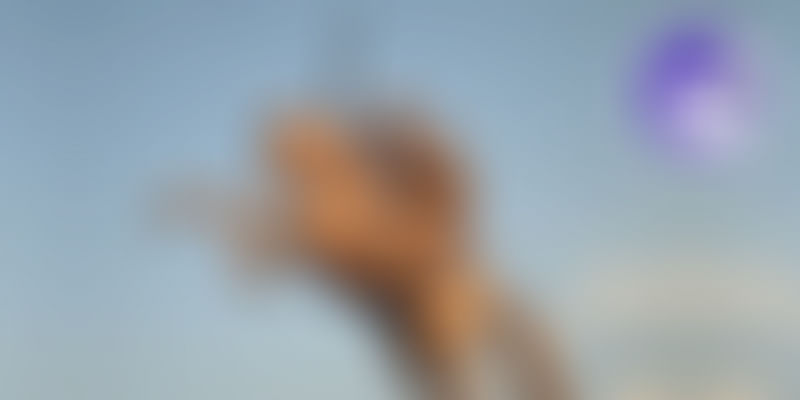 This Mother's Day entrepreneurs open up about their mothers.

From valuations and acquisitions to exit strategies and team building, there is no dearth of excitement in an entrepreneur's life. However, as exciting, building, nurturing, and growing a company is, it leaves, if I were to borrow a line from WG Davies' poem 'Leisure', “no time to stand and stare.”

In the midst of all the madness (isn’t that what it is?) it is difficult to make time, and though one may not have enough to stand and stare, there is time to sit and share.

This Mother’s Day, the aim was to look beyond the workplace and focus on the core strength of an entrepreneur—the family and loved ones.

Mother’s Day presented a perfect opportunity to reminiscence and speak about that one person in our lives with whom we share a unique bond. Mothers are our anchors, our first role models, and the only ones who accept and love us unconditionally with all our faults.

Here are three entrepreneurs among the many I reached out to give us a peek not only into their childhood but also share their thoughts about their mothers.

We take Sanjay’s TED talk on ‘finding the extraordinary in ordinary’ where he talks about his mother as the conversation opener. Sanjay narrates how one of the big moments of his life was when in grade four he mustered the courage to tell his mother that she had to stop teaching him and he would maintain or improve his rank in class but not slide down.

Sanjay explains that his mother, given her height and build, is a towering figure and hence, hard to ignore. So standing up and asking his mother to let him pursue his own style of learning at the primary school level was a daunting task but one he nonetheless did. It was a changing point in his life because from then onwards his mother stopped being his teacher.

As Sanjay grew up, his conversations with his father became more intellectually stimulating while with his mom, like many of us, the physical proximity was important.

Sanjay calls his mother, Rani of Jhansi because his mother hails from Jhansi and Sanjay himself has spent a couple of years there in high school. It’s not just the geographical association with Jhansi but also the grit of his mother that has earned her this name.

According to Sanjay, his mother’s right arm has always been weak due to accidents and other ailments and even after two decades, the fractures have not healed. With having steel plates in her arm and having braved a stroke a couple of years ago, she is now battling cancer.

“In the face of the kind of challenges my mother has seen, if it was someone else in her place they would have given up a long time ago or gone into depression. But my mother is strong and a fighter.”

It’s this quality of hers to show a side independent of all the problems that she has gone through and her joy and love for life that makes her remarkable, according to Sanjay.

Sanjay left home during college and has spent almost a decade and a half in the US. He recalls how happy his mother was when he decided to get back and though she has not understood his job and role as an entrepreneur she is very excited about the Shopclues advertisements on TV.

He shares with me his mother’s reaction to his first TV interview in Noida a couple of years ago. “Since it was my first on TV I told my mother, father, and sister about it. However, I was representing the entire e-commerce industry and was supposed to convince the audience and panel that e-commerce was not a place for selling counterfeit and fake products. I was roasted.”

Sanjay narrates how when he got back home he was surprised to see that his parents had not only recorded the live coverage but were proudly showing it to others. “What happened on the show didn’t matter to them. The absence of judgment was so complete that I fell in love with them all over again.”

As he signs off he leaves me with just two words for his mother but the best words in the world: “Love you."

In a family where generations have worked as government servants, enjoying stable jobs and settled lives, Sujayath broke the pattern and took to entrepreneurship. He gets his entrepreneurial streak from his mother.

“My mother was not content with her usual monotonous life and tried various entrepreneurial things. She sold sarees and kids clothing from our home. She knitted TV and fridge covers. She sold crackers in front of our home during Diwali. I remember visiting every home in my neighbourhood selling lottery tickets and renting out toys to other kids, all at age 11, all inspired by her.”

Along with the entrepreneurial spirit, he has also imbibed many important lessons of life from her. Reminiscing about his childhood, he shares how his mother used to coach him and his brother so they could excel at what they were most passionate about. He shares, “She enrolled me in a fancy-dress competition when I was four, dressed me up as Tamil poet Bharathi. From that year, I always won the competition in my school. She would teach me dialogue delivery and voice modulation and patiently keep at it till I got it right. Since we could not afford to make costumes she herself would make them.”

She was also his critic when he started writing stories and poems. “She was always setting the bar high and was willing to fight to get what I deserve.”

Sujayath narrates how when he was 12, he participated in a competition in his neighbourhood and got prizes for different tracks except in one.

“I was very happy but my mom was not. The judges reasoned that they did not want all the prizes to be given to me and hence they denied the prize in an elocution contest. But she fought for it, reasoning that the prize in one competition should not be dependent on what happens in others. Later, she told me that she would not have fought if they denied the prize in some other competition (such as singing which was not my forte but I was still awarded a prize) but elocution was my forte and I deserved that prize. From that day, I always fight for what I deserve.”

Of all her qualities the one he admires is her cool demeanour. “She is always calm and composed and never loses her clarity of thought even during emergencies. Whenever there were emergency situations in my family or with my relatives, she always knew what to do.”

In fact, according to Sujayath, his mother has never been surprised at his success.

"She and my dad have very high confidence in me. Neither when I decided to quit my job and took a Rs 14-lakh loan to join ISB nor when I moved back from a high-paying US job to start a company in India did their support waver.” And it continues to be so.

And this Mother’s Day he has a message for his mother:

“I am living her dream through my entrepreneurial journey. Without my mom, there is no meaning to this journey.”

Ever since Ankur has taken to the road of entrepreneurship, personal life has taken a backseat. He says, “I admit we are not as close as we used to. I am there for my parents but don’t end up sharing a lot anymore.”

He feels he has imbibed a lot of her personality, which he feels reflects his management style too. “Ma isn't one for words,” he says. Hence, most of his learning has been through observation and the wisdom he has gathered in the process has stayed with him.

Of the many things he has learnt from her, humility has been the most important.

“She always told me to never lose my humility, irrespective of how successful I become.”

As a kid who often surprised his parents with his life decisions be it leaving his PhD and coming back to India from the US and joining a year-old B-school or leaving a cushy management consulting job to become an entrepreneur, his parents have been very supportive of his decisions. Once they were assured that his decisions were well thought out he had their wholehearted support.

Though work keeps him occupied and he doesn’t get time to speak with his mother, he signs off with this message:

“Ma, I know we don't talk as much nowadays. But you should know that your happiness means a lot to me. And every day a part of me shows up at work only to make sure that you are proud of me. And hopefully, forgive me for all the times that I wasn't there for you."

As we celebrate mothers today, I hope you will use the stories above to open up about your mother and perhaps pick up the phone and call her.