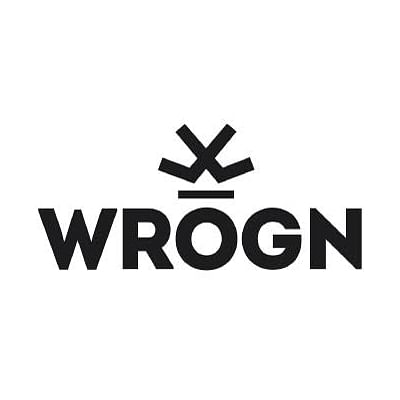 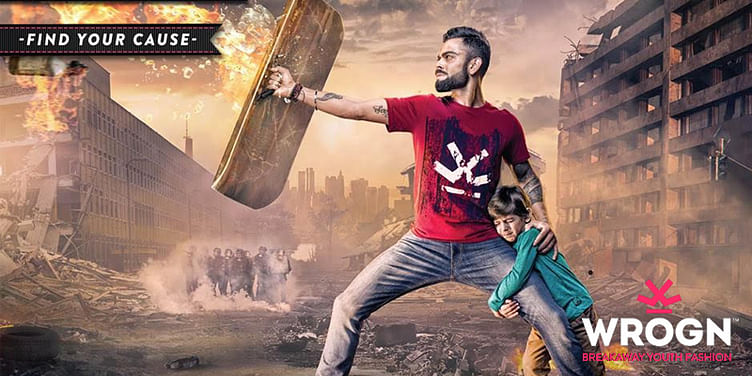 For most educated urban folk, life is just a daily grind with some special moments and irritants in equal measure. Caught up in our busy existence, we rarely stop to consider how fortunate we are. When we do, we probably do our bit for others by donating money, or a day or two of our time. But there are many Indians out there, just like you and me, who have taken up a cause and made a real difference. WROGN’s new initiative, ‘Find Your Cause’, drives home the idea of picking your own cause and genuinely fighting for it. So let’s take a look at five ordinary men and women whose passion to do something has led them to do extraordinary things and better the lives of thousands. These are the Ms and Mr WROGNs of today.

On a hot summer’s day five years ago, Azhar, a small-time businessman came across a disabled, homeless woman begging for food under the Dabeerpura Bridge in Hyderabad. He handed over his lunch to her that day and then returned the next day with more food his wife had cooked.

Azhar, who grew up poor and without a father, remembers sleeping hungry on many nights, and hasn’t forgotten the struggles of his childhood. When he came across the woman that day, he knew he had to do something to help others like her.

Azhar continues this selfless venture to feed the poor even today, and what began as the distribution of food packets is now a live cooking operation, with over 100 homeless people gathering for a free, hot meal prepared under the bridge by a cook Azhar pays for. Contributions began trickling in, and today the initiative has expanded to other locations in Hyderabad, besides Bengaluru and Raichur. The progress of the campaign can be tracked on his Facebook page and his website. He also recently started the Do Roti campaign, which asks people to simply carry two extra rotis with them and give these to any hungry person they meet. Now that’s a cause we can all support. Here’s saluting Mr WROGN who’s trying to set things right.

At the turn of the century, Amrita Somaiya and her husband, Samir, came across a young woman from North Karnataka whose humble background made it impossible for her to continue studying after Class 10, even though she was extremely bright and wanted to study further. Her story affected them deeply. They had themselves been fortunate enough to study at Ivy League universities in the United States and were successfully running a biorefining business, Godavari Biorefineries Ltd. Having heard her story, the couple decided it was time to share their good fortune with the hundreds of bright boys and girls who couldn’t access quality education because they didn’t have access or couldn’t afford it.

The result was Help A Child, their company’s corporate social responsibility initiative, formed in October 2001. It sponsors meritorious and underprivileged children whose parents or caregivers cannot fund their education.

Active in Northern Karnataka and Maharashtra, Help A Child has a clear vision. First preference is given to orphans, followed by students raised by single parents, students doing part-time jobs along with their studies, and finally, students who come from families involved in daily wage labour. Funding is an on-going challenge, and Help A Child uses traditional as well as newer means like crowdsourcing funds to reach its sponsorship goals. To date, the very admirable Mrs and Mr WROGN have helped over 3,300 young people achieve their dreams of education. We salute their spirit.

Twenty-four-year-old engineering grad and MBA dropout Raghav Baldwa began donating blood in his teens, just like his father. He’d observed that people always found it extremely difficult to procure blood in an emergency, and that there was no organised effort being made to put blood donors in touch with those who desperately needed it.

The need for blood far outweighs the donations that come in across the country. While there were enough people like his father and himself, who would willingly donate blood when needed, reaching out and connecting the two groups was the main problem. Raghav decided he would try to fix that.

He started small, putting up posters in a few hospitals and medical stores in his hometown of Indore, asking that those in need of blood donations contact him. In September 2012, he started the Blood Donors of Indore Facebook page, and used a combination of social media, physical pamphlets, and word-of-mouth to successfully increase donor participation in the city.

After the success in Indore, Raghav went pan-India in response to requests that were pouring in from other cities. In October 2015, Raghav started ‘Blood Sure’ which has over 10,000 followers on Facebook and is able to take care of 75 percent of the requests for blood online itself through its 80,000+ volunteer blood donors. So far, Blood Sure has helped over 15,000 patients. This young Mr WROGN now wants to create an app so that even more people can be reached out to in an emergency. We support his drive in every way.

Undertaking a beach clean-up is no mean feat, and when the said beach is in Mumbai’s well-known suburb Versova, home to over 3 lakh kg of garbage accumulated over the years, it’s nothing short of a Herculean effort.

Afroz Shah, 33, a resident of Versova, is a lawyer who was always interested in environmental protection, and for whom the daily sight of garbage and plastic on the beach became too much to bear. One day he decided that somebody had to make a start and that’s what he did – Afroz began cleaning the garbage bit by bit. His actions then inspired other residents to do the same, and one man’s efforts turned into an entire community of volunteers. Thus began a citizen-driven beach clean-up to get rid of all the garbage from the 2.5 km-long stretch.

Bollywood stars, senior citizens, school and college kids worked side by side, with assistance from workers from the Brihanmumbai Municipal Corporation (BMC). What started as one man’s personal passion, attracted the attention and support of the United Nations Environmental Programme, which lauded it as one of the largest beach clean-ups in history.

Versova Beach recently hit the headlines for no longer being an eyesore after the world’s largest beach clean-up effort ended successfully! It is well on its way to becoming a hangout for locals after decades. And all because this tenacious Mr WROGN decided one fine day to do something about the mess he viewed from his balcony.

How many folks do you know in India who wouls give up a lucrative business in their 40s and study law so they can help those who needed it? Ludhiana-based Hari Om Jindal did exactly that, walking away from his business in the international transport sector and pursuing a law degree.

Four years ago, he felt the calling to work with the children of ragpickers and slum dwellers, trying to make them literate. Observing the rough and deplorable conditions they lived under, and how callously people treated them stirred something in him. Their childhood and education was taken away so they could add to the family income.For Hari, it was heart-wrenching. “These children were not respected as human beings,” he recalls.

It was not easy, educating this marginalised group. As rag pickers, they earned a certain daily wage that contributed to their family’s income, and it was difficult to get them interested in getting an education. Families were unwilling to send the children out of their neighbourhood. So, Hari Om went to them instead, and built a hut there, which served as their school. Today, he has three centres in Ludhiana, and has hired teachers as well. He has personally taught over 100 children, about basic rights and Civics, so that they learn about democracy, civil rights and responsibilities, property and taxes. We respect Mr WROGN for his selfless endeavour.

WROGN’s #FindYourCause tells us that we can be more than armchair activists and passive supporters, and instead rise to the occasion, and fight for what we believe in.