This man made fitness aspirational in India with Gold’s Gym 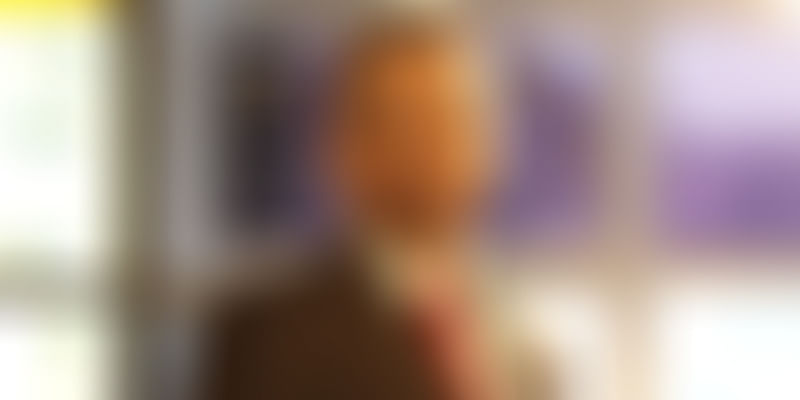 When your earliest memories are of huddling with 10 family members in a modest one-room apartment, standing in line for milk at three in the morning while your family buys ration on credit, hustling isn’t a mere rush, it’s a means of survival.

This is the story of G. Ramachandran, who not only played his part in the success stories of bigwigs like the Big Four, Citi, and Reliance Capital, but also enriched his own reputation by playing a high-stakes game in forging the legacy of the new generation of big companies.

He comes from a lower middle class family that struggled for two meals a day. In a curious turn of events, his brother’s inability to crack chartered accountancy led his father to coerce Ramachandran to fulfil that dream instead.

GR, who had already procured a scholarship in atomic engineering, suddenly found himself at the office of one of the Big Four, PriceWaterhouseCoopers. “I told them, ‘Don’t interview me, for I’ll fail. But I’m confident that I’ll succeed if you train me,’” he narrates.

Studying CA simultaneously, in a one-room apartment with the bustle of a joint family, was impossible, and GR blanked out during the exam. His parents confessed that they were very upset that they could not afford tuition for him.

“That hit me hard. I was good at math, so I played to my strengths. I started teaching CA students math instead–in fact, one of them heads Standard Chartered bank today,” he says.

It was a coming of age experience for GR. Upon the advice of his superior at Ranbaxy, which was his next job, he migrated to the Gulf to work with Ernst & Young. But there was too much time and too little to do there.

As the monotony became deafening, GR had a heart-to-heart with himself. The answer brought him to Bombay, to take on the stock markets and try his hand at brokering.

“You take the Malad local at 7:40, and people are trading, with their takiya kalams–‘Reliance not reliable’, ‘Dyeing is dying’! When the market opens–these deals are ratified. They held a hundred scripts each, three or four guys doing dabba trading,” he says.

Later, an opportunity presented itself when Citi was starting their equity desk. With GR’s peculiar background–a broker who had done merchant banking–they brought him onboard to head it. GR helped start Citicorp Securities, and came to handle Reliance’s Rs 2,000 crore portfolio as a client.

The next thing he knew, he was being headhunted again by Reliance Capital, whose treasury portfolio of Rs 8,000-10,000 crore worth of stocks was brought under his purview. “It was intoxicating as well as toxic. We were moving the markets. After that, we started the IPO for Reliance Capital," he says. adding,

"Once Reliance Capital got Rs 2,000-3,000 crore, they decided to lend it to people they liked. I had a problem with that. I did not sign the papers as the CFO, and the difference of opinion led me to resign.”.

Back in the market, he then flipped an ailing company known as Times Guarantee at the invitation of Vineet Jain. But after their portfolio of nearly Rs 1,000 crore worth of dead assets was recovered in three to four years, they were not interested in scaling the venture, and GR, who was looking for a challenge, parted ways with them.

Since he neither had the money to become a big-ticket investor, nor the risk appetite, he decided to become a consultant and invest a small section of his money for smaller stakes instead.

Staying completely sector-agnostic, he made early investments in 11 companies and had the good fortune of selling six.

One of those eleven companies was Gold’s Gym. GR confesses that besides being one of his most successful investments, it was also one of his most thrilling and challenging. Setting up Gold’s was especially tough because, worldwide, the brand is relatively unknown–but in India, they managed to make it aspirational.

He explains, “We needed to give a bigger box to the country. For starters, gyms had a claustrophobic feel before Gold’s, but we brought in spacious 15,000 sqft facilities. And a typical box should yield revenues of at least Rs 3 crore, with a minimum of 20 percent profit margins. We are currently at 132 gyms across 75 cities and are expanding every month.

"We also brought in a lot of novel workouts to India at the time, like MMA, Krav Maga, Kick Boxing and the newest regimens like anti-gravity workouts, among scores of others. Bringing in innovation has been key to our journey.”

On the business side, the secret to this rabbit-like multiplication of their franchises is their focus, by design, on building excellent relations with the franchise owners and making them feel like they were part of a family through rewards programs, retreats, and conferences. He says,

“With only 20 percent of the market being made up of corporate-owned gyms, it was a disruptive strategy of putting up big-sized boxes. And most of our franchisees own multiple franchises.”

GR says that he made sure the décor and brand positioning of the gym were such that it became the Indian equivalent of Americans playing golf while hatching business deals. He says,

“I’ve seen so many love stories transpire–between actors and between professionals who come there to network and crack deals.”

According to GR, one of his trickiest investments was in HAS Juices, a juice company where he lost heavily and had to undergo the mortifying experience of paying fellow investors, who said they had invested on account of him.

“They had 53 outlets when I joined, and I shut 40 of them. I told them to shift to malls exclusively, rather than street-side stalls,” he says.

This transformed the narrative and turned the company around. He now pulls in profits worth Rs 65 lakh every year from the three franchises he holds stakes in.

Currently, keeping his plate full are three pet projects. The first is Auction Property Plus, a marketplace for distress sales in property. The second is his accelerator Z Nation Labs, which deals with mentoring and funding of startups at the seed stage. And last but not the least, Morning Star Pictures, which specialises in IP, branded content for brands, webisodes, and videos for Facebook and YouTube.