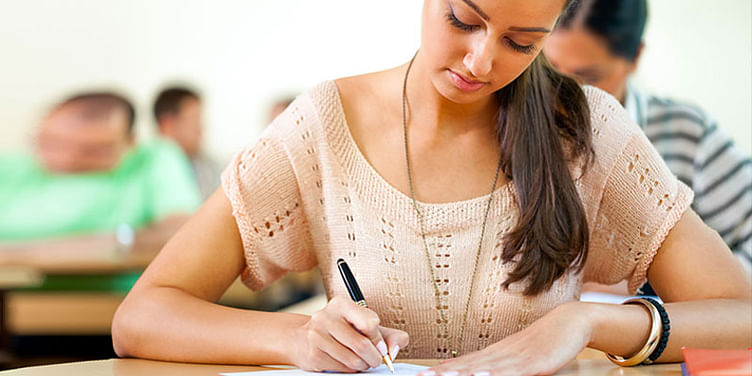 It is the duty of the authorities to ensure no cheating takes place during exams. But during the National Eligibility-cum-Entrance Test (NEET) — conducted for admission to undergraduate medical courses in government and private medical colleges in India — invigilation seems to have been taken too far.

Shocking complaints have surfaced from an exam centre in Kannur, Kerala. A parent spoke to the media of the harrowing experience her 18-year-old daughter faced when she was asked to remove her bra when the metal detector beeped, so she could be allowed into the hall. She was told it was for "security" to prevent cheating. Another student who was appearing for the exam at the women-only exam centre had to cut off the button on her jeans since it set off the metal detector.

An Indian Express report shared a quote from a parent. "My daughter went inside the centre only to return a few minutes later to hand over her bra," said the mother, a teacher, adding that she had had to go to a shop a few kilometres away at 8.30 am to buy clothes because "dark-coloured lowers weren't allowed."

A student who had arrived in jeans to the centre was allegedly told its metal buttons caused an issue. Her father, who works with the postal department, told NDTV, "She came back from security. I used a blade to remove the buttons and sent her back. Then I went to a shop about 3km from the exam centre and bought a new dress for her after getting the shop opened."

According to the official website, women candidates were required to wear "light clothes with half sleeves not having big buttons or brooch/badge or flowers, with salwar/trouser and slippers or sandals with low heels, not shoes."

There were also unsubstantiated reports of boys being asked to cut off their pockets and long sleeves in order to adhere to the dress code for male students.

Kerala state Mahila Congress President Bindhu Krishna said, “The ordeal is over but it’s debatable how many female candidates would have been able to write the exam properly after they were subjected to so much humiliation. I will write to Chief Minister Pinarayi Vijayan to seek action against those responsible.”

The Centre Board of Secondary Education organised NEET 2017 on Sunday in 104 cities across the country, for which more than 11 lakh aspirants had registered.