Goods and service tax: what can startups expect? 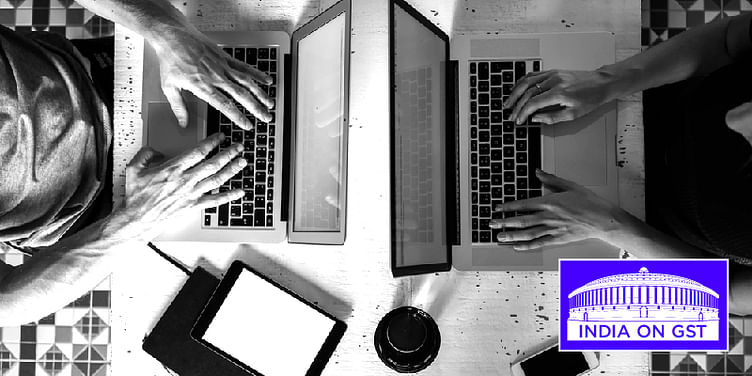 Indirect taxes form an important aspect of any line of business. The current indirect tax regime of India comprises a very complex system of taxation and compliances. As the country gears up for the rollout of goods and services tax (GST) a few months from now, the new law is expected to streamline indirect taxation and drive economic integration, and as a consequence will significantly impact the way business is done in India.

What does this mean for the startup sector? Some of the benefits and challenges are outlined below.

A nascent business venture with an annual turnover of less than Rs 20 lakh would be out of the tax net under the GST regime. The current indirect tax regime provides a threshold limit in the range of Rs 5–10 lakh. The increase in the threshold limit under the GST regime would clearly be a relief to the new business ventures to help them kickstart the business without going through the drill of obtaining registration, undertaking compliances, paying tax, etc.

Additionally, for startups with a turnover between Rs 20 and Rs 50 lakh, under the new regime, they can opt for the composition scheme, in which case GST would be charged at a lower rate.

Registration under the GST regime

Even for those startups that exceed the above threshold limit, the registration process envisaged under the GST Act is much simpler and faster as compared to the current regime. While GST warrants state-wise registration and accordingly state-wise compliances, the entire process will be undertaken through the common GST portal, which will be less cumbersome after the teething issues are resolved.

Bottlenecks for movement of goods across states to go away

Under the current regime, the logistics cost is generally quite high on account of certain border taxes and check post issues. An ideal GST scenario promises a one-market regime by removing taxation bottlenecks at state borders. Unlike the current regime, under the GST scenario there will not be any dependency on the tax authorities to issue/certify any statutory forms that the logistics companies will be required to carry and produce at state border check posts.

However, the GST Act provides for electronic-way bills, where the consignment value of such goods exceeds Rs 50,000. Such registered suppliers or recipients may generate the e-way bill, where the goods are transported in their own/hired vehicle. When the goods are handed over to a transporter, the supplier will have to furnish the details of the transporter in the prescribed form and the transporter will be required to generate the e-way bill on the common portal. Considering that e-way bills would be self-generated on the common GST portal, this should not pose a big hurdle in the movement of goods across states.

Debate between ‘goods’ and ‘services’ to go away

Under the current regime, there are various complexities around the classification of a particular transaction as either supply of goods or services. For instance, transactions relating to supply of software are hit by both VAT and service tax. Likewise, there is no clarity on the taxation of certain electronic devices such as e-books, that is, whether they should be treated as goods or services and if treated as goods, whether they should be treated like books and become non-taxable. Certain other services such as restaurant services, works contract services, etc., also face double taxation on account of valuation. Such complex issues of classification and double taxation would be resolved under the GST regime.

Under the current regime, on account of multiple indirect taxes, there are also multiple tax authorities that administer such taxes. This leads to multiple assessments and audits, which becomes very cumbersome for any new business venture to manage. GST should definitely make tax administration simpler and more straight forward.

The new regime will bring in some challenges, particularly for startups engaged in manufacturing and for retailers selling through e-commerce operators. Currently, the threshold limit for a manufacturing company to obtain excise registration is Rs 1.50 crore. The GST regime would bring all manufacturers with a turnover of more than Rs 20 lakh into the tax net, which is much lower than the current regime.

The bigger challenge would be faced by the e-commerce sector, for which GST mandates obtaining registration irrespective of the threshold limit. This could lead to a mass exodus of SME sellers from e-commerce portals.

Despite these challenges, undoubtedly GST will positively impact the way India does business. Though there would be certain teething issues that businesses would face for the initial few years under the GST regime, such issues are likely to be resolved as we go along. For startups, it’s a mixed bag of both challenges and opportunities. While GST would mandate increased compliances for startups having operations in multiple states, it would also bring in certainty in tax positions, tax efficiency on account of unrestricted credit flow, and transparency with tax administrators. Exciting times ahead for startups!

In the run-up to one of the biggest tax reforms in the country, the market is abuzz with new rules and guidelines about the Goods and Services Tax (GST). How will GST really impact your business? How will your financial reporting change? Find out the answers to all this and more, directly from industry and tax experts who will share their expertise on YourStory’s new series ‘IndiaonGST’.