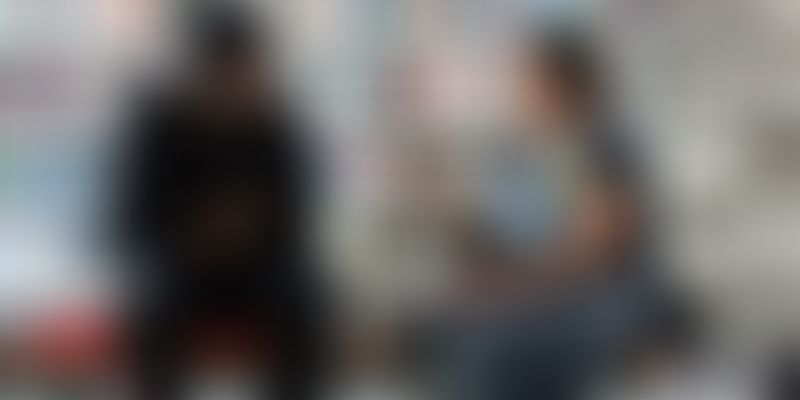 Books at this library are people who have been exposed to social stigma, stereotypes, and prejudices, sharing their stories through conversations.

Being different often means being alone, especially in a society that normalises experiences and sets standards for people to follow and to adhere. Having an experience that’s different than the said normal has always played a part in victimising people and subjecting them to various social stigmas.

A part of this stigma, more often than not, stems from the fact that people do not know or understand people coming from a different background. Human Library is a platform that gives people, who are human books, an opportunity to talk about the issue they represent on an interpersonal level with the readers. At the same time, it also gives the reader an opportunity to be more accepting and understanding.

The Human Library (or ‘Menneske Biblioteket’ as the Danes call it) was a concept that was developed in Copenhagen, Denmark, in the year 2000 by Ronni Abergel as a project for Roskilde Festival. The Human Library was an effort that ensued from a movement called ‘Stop the Violence’, which aimed at ending violence by encouraging dialogue and building positive relations among the youth through sharing experiences.

Human Library Hyderabad is a part of the Human Library Organisation, which is a global movement that is spreading its wings across the world from Toronto to Perth, reaching more than 70 countries in a span of 17 years.

“Growing up in a plural society as India where you come across social stigmas, prejudices, and stereotypes on a daily basis, having gone through some on a personal level and having had some stereotypes against certain groups, when I came across a framework like Human Library on the internet, there was no doubt in my mind about bringing this concept to Hyderabad,” says the 24-year-old.

Harshad is of the opinion that when you're in a one-on-one conversation, you tend to be more accepting of opposing opinions and viewpoints, more willing to discuss rather than dismiss.

Human Library is a library where you can borrow humans as a living book, listen to their stories, and interact with them. One can borrow each book for 30 minutes and have a one-on-one conversation and learn about their experiences.

The human books are selected according to the criteria that Harshad decides as the book depot manager. He says that a human book is a person who has volunteered to challenge prejudice through respectful conversation with members of the public, who borrow them. Only people who have experienced prejudice due to issues such as race, sex, age, disability, sexual preference, gender identity, class, religion/belief, lifestyle choices or other aspects of who they are can be a book.

Harshad and his team has organised two events so far in Hyderabad and the response has been phenomenal with readers ranging from all groups, right from a 9-year-old to an 82-year-old woman.

“To explain the Human Library concept and its philosophy to people and making them open up and have a conversation about the issue they represent with absolute strangers was challenging. Now after two events, we have people coming forward and letting us know that they have faced certain prejudices and stereotypes in their life and they would like to be a book and spread awareness about them through the Human Library,” says Harshad, a student of Media Business Administration at the Annapurna International School of Film and Media.

Both the books and the readers have something new to learn from the experience. While the human books find it as a way to express themselves, the readers get to look at society from a broader perspective.

“A book from our first event titled 'domestic violence survivor' told me after the event how she was contemplating suicide at a point of time in her life. But after talking to so many strangers, sharing her story with them, and answering their questions, she felt the warmth that still lies in this world and that she was glad to not have taken that step of suicide,” says Harshad.

One of the readers, after talking to the book 'trafficking rehabilitation enabler', share with Harshad that he had no idea that there existed any such thing as human trafficking and that after this conversation session he would be able to understand it better and do something about the issue in any way to better the situation.

“One of our books, titled 'Break the Silence on Child Sexual Abuse' told me that out of the five readers who interacted with him, three had gone through child sexual abuse themselves. Such is the gravity of the issue but nobody talks about it. We have 50 percent of children in India suffering from child sexual abuse but the silence on the matter is disturbing. A platform like Human Library did help in a way to break that silence,” says Harshad.

Human Library is not merely a storytelling session, it’s an experience that lets one confront their prejudices and stereotypes. Harshad urges people to attend the Human Library Hyderabad events, not just out of curiosity but also identify the prejudices they have in their minds. Their next event will be held on May 27, 2017