This organisation has helped create 3,000 entrepreneurs and 12,000 jobs at India’s grassroots 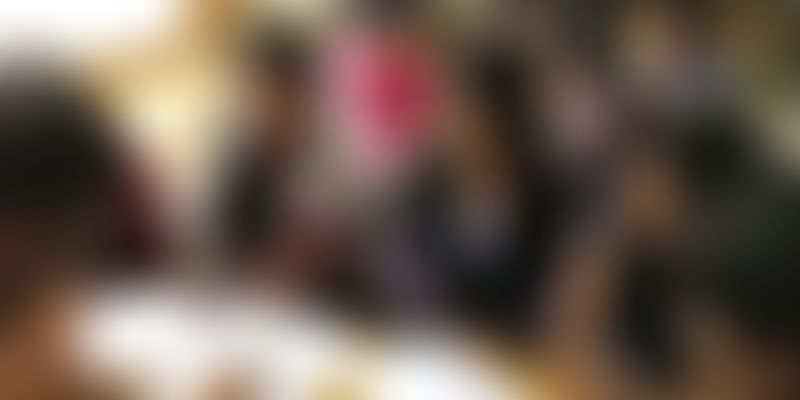 I Create is a non-profit organisation working in India to help create entrepreneurs at the grassroots level of society, to convert job seekers to job creators.

At one point of time, Jyotika Parmar couldn't even afford to pay her rent of 25 rupees, and today, her security agency in Vadodara provides employment to many and has an annual turnover of more than Rs 25 lakh.

Bhanwarlal Palania, a soldier from a humble farming background, was clueless about what his life would be like post-retirement. Today, he runs ‘Sainik General Stores’ at Army Campus, Rajasthan.

Jyotika and Bhanwarlal are just two people among the many who were nurtured as entrepreneurs by I Create and have grown to become potential job creators in their communities.

Set up by a US-based couple Aruna and Harsh Bhargava in 1999, I Create is a non-profit organisation working towards providing economic empowerment to disadvantaged sections of society such as tribals, the destitute, and widows through entrepreneurial training, mentoring, and handholding. The organisation has so far helped to create over 3,000 entrepreneurs and 12,000 jobs.

An unfortunate event leading to a journey of hope

Harsh Bhargava, today the President of I Create, was visiting India on a trip from the US in the year 1999, during the ongoing Kargil War. The Indian Army had advertised for 120 vacancies for recruiting soldiers to support the war. To escape the clutches of unemployment, thousands of candidates turned up for the recruitment. A riot broke out, and the police were forced to open fire, resulting in three young men losing their lives. This incident disturbed Harsh deeply, and forced him to think of a solution to solve the problem of unemployment.

Coincidentally, as a part of a Harvard Business School alumni outreach programme, Harsh had volunteered to help NFTE (Network For Teaching Entrepreneurship) with inner city kids in New York . On attending a talk by Steve Mariotti, inspiration struck, and a module for teaching entrepreneurship was created. India has a plethora of problems, and the solutions to many of these problems could lie in entrepreneurship.

"At some point of time we all have an obligation to give back to the society," Ulhas Kamat says. An alumnus of IIT Bombay, after working with multiple Fortune 500 companies across the world for four decades, including the likes of IBM, Unilever, and TATA, Ulhas, in 1988 decided to come out of the corporate rat race and work for a social cause, and under his leadership as CEO, I Create has gone a long way in reaching the wannapreneurs of India.

“It has been a very interesting journey of ups and downs, mostly ups. I wanted to do something for the society, and I knew the founders socially. I consider it a privilege to help nurture the entrepreneurs from the grassroots and marginalised sections of society. Give a man a fish, and you feed him for a day; teach him to fish, and you feed him for a lifetime. We guide and mentor our entrepreneurs. We are with them throughout the journey, but we never make them dependent on us. That is what we are doing at I Create – creating sustainable job creators and employers,” says Ulhas.

Entrepreneurship knows no barriers, there is something for everyone

I Create has a presence in 20 centers in India and works with several grassroots organisations to reach the marginalised and needy. Every year, thousands of soldiers retire from the Army. The ones who retire as Non Commissioned Officers (NCO) and Junior Commissioned Officers (JCO) are still relatively young, between forty and fifty years of age. They are then forced to hunt for second employment post-retirement.

Considering that the prerequisite qualities for a soldier, such as discipline, risk taking, following laid out procedures, and mastery in certain skills, closely align with those for entrepreneurs, the organization decided to partner with the Indian Army in Bengaluru. Many ex-soldiers have gone ahead and started their own businesses, happily sustaining their families.

For youths up to the age of 23, the organisation conducts an interactive and participatory programme called ‘Change the Mindset’ (CMS) at educational institutions. The purpose of this programme is to plant the seeds of entrepreneurship in students and motivate them to be self-reliant, to make them job creators instead of job seekers.

The organisation has partnered with NIESBUD (the National Institute for Entrepreneurship and Small Business Development) under the Ministry of Skill Development and Entrepreneurship, and supports, mentors, and handholds anyone who wants to start a business and belongs to the marginalised section of society.

The organisation has, with the help of sponsors and philanthropists, created a MAGIC fund, a small loan with a very nominal rate of interest provided to those wanting to set up their own small business.

A franchise model and an effective training module helped I Create expand to more than 20 centres in India, and the venture continues to grow. There are many who joined the cause and helped fuel the movement along the way.

The rate of unemployment is India is likely to increase from 17.7 million last year to 17.8 million in 2017 and 18 million next year, predicts a report released by the United Nations International Labour Organisation (ILO).

This could mean a considerable section of the workforce losing their jobs or not even finding one. The worst affected are the ones at the grassroots level of the society. Small businesses are the backbone of an economy, and could potentially solve the plaguing problem of unemployment, and I Create’s endeavour holds great promise in this light.