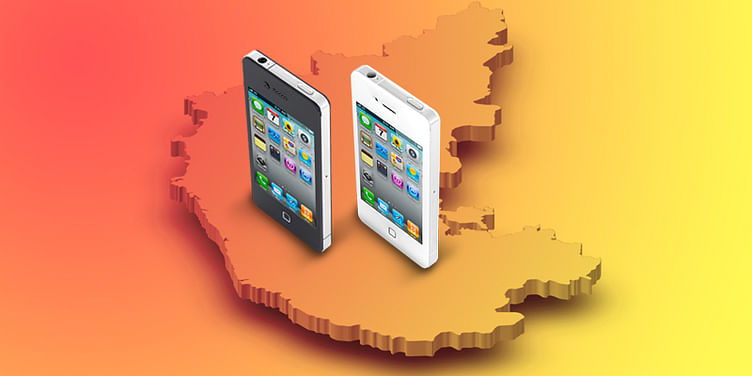 Apple's next generation iPhone will not be similar in display like the previous devices and will sport a 18.5:9 aspect ratio like LG G6.

"The new aspect ratio allows manufacturers to increase the size of a smartphone display while keeping it narrow enough to hold one-handed and still use the keyboard comfortably," Forbes.com reported on Monday.

iPhone 8 is rumoured to sport a bold new design featuring an OLED display without a bezel and the company may also move the fingerprint reader to the back of the phone.

Apple will also bring 'True Color iPad Pro' screen technology to its smartphones for the first time. This uses advanced four-channel ambient light sensors to automatically adapt the colour and intensity of the display to match the light in one's environment.

The full spectral sensing ambient light sensor will be added across the iPhone 7S, iPhone 7S Plus and iPhone 8.

And the all the magic would happen right here in Bengaluru. In early February, the Karnataka government announced that Apple will be assembling its famed line of iPhones in the city. This will be the first instance of Apple manufacturing in Asia outside of China, where most of its iconic products are made and shipped globally.

Winstron, a Taiwanese company, will be manufacturing iPhones at the Peenya Industrial Estate in West Bengaluru.

Karnataka’s IT and BT Minister Priyank Kharge had confirmed to YourStory that Apple officials had been in talks with the State government for awhile. The first batch of iPhones is expected to roll out by the beginning of June.

“We have been wooing the giant ever since it announced its intention to manufacture in India. Apple’s decision to manufacture in Bengaluru has further enhanced the reputation of the city as the most preferred destination for foreign investment and provides further validation of the Karnataka government’s policies aimed at fostering manufacturing, innovation and investments. It’s a feather in the Siddaramaih-led government’s cap,” the minister had said.