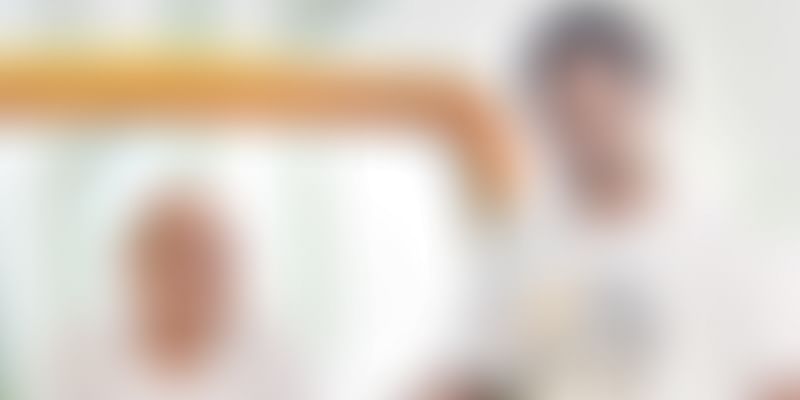 At a time when the segment is being eyed with caution, Jugnoo is expanding its food delivery vertical Menus across tier-2 and 3 cities in India.

At a time when the startup ecosystem is wary of hyperlocal services, Chandigarh-based Jugnoo is expanding its Menus vertical across 21 cities. Jugnoo, which started using auto-rickshaws to revolutionalise the hyperlocal market, conducted a soft launch of its restaurant aggregator vertical Menus four months ago.

The team claims to have on-boarded over 5,000 merchants, including brands like Domino’s, Burger King, Subway, KFC, and Pizza Hut. Speaking to YourStory, Samar Singla, Founder and CEO, Jugnoo, says their key differentiator is the fact that they have chosen to focus on the tier-2 and 3 market.

Jugnoo enables hyperlocal deliveries like food, grocery, and veggies via its own network of auto-rickshaws. Started in the sunshine season of hyperlocal startups in November 2014, Jugnoo now claims to be completing 5,000 orders on a daily basis.

The growth of Menus

As of now, their main cities are Chandigarh, Pune, Hyderabad, and Ahmedabad. Samar adds that thanks to a good customer base due to their rides vertical in tier-2 and 3 cities, they will keep adding more verticals.

The team already claims to see a steady week-on-week growth of close to 20 percent, and there are plans to add over 1,000 merchants every week. They are targeting over 60,000 merchants and aim to reach over 80 cities by the end of 2017.

The team has always maintained that in tier-2 and 3 cities, the ratio of autos to cabs is skewed towards the former, which should give Jugnoo an upper hand in the long run. Samar adds,

“We have slowly been adding services to our product line and we have been fairly differentiated because we have been focused on tier-2 and 3 cities. There are few players focused on these markets, which aren't easy to focus on.”

Waiting—the name of the game

Understanding the market and devising strategies for each city have proved essential for the survival of these players —whether online groceries, logistics, or tech-based service providers. And this becomes even more important in tier- 2 and 3 cities. Samar says,

“When hyper-funded startups don’t grow fast in some regions, they retreat and focus on high-growth areas. We want to create a differentiation by focusing on the tough markets. Some people think this is a good strategy and others think it isn’t, but we are playing the waiting game here.”

Samar says customers in tier-2 and 3 cities are still used to calling instead of ordering on a smartphone, and app-based models work slower. The change, however, is starting and will take another couple of years.

For Menus, Samar believes the supply side isn’t the real problem. The problem comes from the customer side where the behaviour change is just starting.

Currently, the food delivery market has two big players—Swiggy and Zomato. While Jugnoo has the likes of Paytm and Snow Leopard Ventures as its investors, the other two are deeper funded and can pump in marketing dollars to bring the change in consumer behaviour, if required. However, Samar explains,

“We never played the burn-money-for-customer-acquisition game. Even when the likes of Ola were in the auto-rides business we played the wait-and-watch game. The idea has always been to build a strong product. For the consumer, the better experience always wins. Even if you are a big, hyper-funded player, the experience the customer gets at the end of the day is the deciding factor.”

As of 2016, it had over a million app downloads and claimed to have a 25 percent month-on-month growth. When Swiggy first started, it offered free deliveries. Jugnoo however, isn’t making the marketing spends. That hasn’t been their strategy.

Over $3.5 billion was poured across 380 disclosed deals in the first of half of 2015. However, in 2016, the funding amount dropped to less than $80 million, according to a RedSeer report.

Despite the shutdowns and consolidations, the online food delivery market is believed to have grown over 150 percent last year. The report stated that it showed an estimated GMV of $300 million.

Recently, Uber launched UberEATS in Mumbai and is looking at aggressive expansion across the country. There are also speculations that Zomato is in talks to acquire Runnr. How far the food delivery market in India will grow is, however, yet to be seen.

For Jugnoo, however, Samar believes the key is inclusion. He says, “We want to be the biggest hyperlocal player in tier-2 and 3 cities in India.”