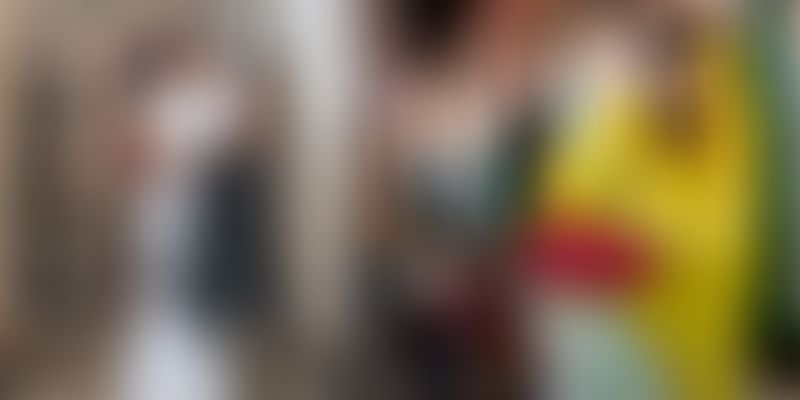 Forty-one-year-old Karuna Nundy is one of the most successful women in a male-dominated profession. She also acts as a torchbearer for the exploited and underprivileged as for her, being a lawyer isn't a profession but a calling. Talking about this, she told the Femina,

"Growing up in a society with both extreme poverty and riches, I realised early on how unfair life was. Certain things that happened in my childhood—molesters just grabbing you on the streets, an incident in my school where the principal went into victim-blame mode—made me think about how I could bring about change and gain the power to fix things most effectively."

This desire to do something that matters came from Karuna's parents, who left high-profile jobs to do something that would make an impact in the society. Her father, who was working at Harvard Medical School, gave it up to work at AIIMS as he wanted to work at a public hospital in India. Her mother, who had won an LSE history prize, started the Spastics Society of Northern India after finding out that Karuna's cousin was born with cerebral palsy.

Karuna, who has studied at Cambridge and Columbia university, relentlessly fought for survivors of the Bhopal gas tragedy, free speech online, and succeeded in getting justice. She also played a significant role in drafting the Womanifesto and framing of the anti-rape bill after the Delhi gang rape.

Though she could have worked as a lawyer in England after her graduation, she was particular about coming to work in India because she wanted to make a huge contribution. According to the Huffington Post, she said,

"I felt that here is where I could make the biggest contribution—not just in human rights work, but also as a general lawyer. I felt this is where the need was. I have a visceral understanding of these various layers [here], in terms of language, in terms of nuance, and information...It is also a court of ideas, as much as it is a court of facts. It has been quite a leader when it comes to economic and social rights."

At present, she handles human rights, commercial law, media law, constitutional law, and women's rights. An alumni of the St. Stephen's College, Delhi, Karuna has worked as a lawyer in New York. Her keen interest to contribute for gender rights has taken her to international tribunals and the United Nations.

With a penchant for constitutional law, commercial litigation and arbitration, media law and legal policy, she is also a lawyer at the Supreme Court in India. Among other achievements, she is described by Forbes Magazine as a "Mind that Matters".

In 2012, after the gruesome murder and rape of Nirbhaya, the country was raging for a strong stand against the criminals and this led to Karuna's engagement with the anti rape laws and sexual harassment of women in India.

Karuna, along with other lawyers, is working on a bills of rights for women called the Womanifesto. Despite of all the laws, what she seems to urgently suggest is implementation of a public education program to take down patriarchy since that seems to be a public health concern. She is working closely on a bill that considers 'marital rape' as a crime.

She was also involved in getting safe water to the communities in these areas and cutting of carcinogenic and chemical filled groundwater and also free healthcare and medical aid to the people there. She challenged the governmental and corporate nexus which was very difficult to breakthrough because of the mounting corruption. She also appeared on behalf of the People's Union for Civil Liberties (PUCL), an NGO that defends civil liberties and human rights in India.

Karuna's work in commercial arbitration and bilateral investment treaty work and constitutional work, adds to her international expertise. This isn't it, she also involved herself in drafting parts of the interim constitution of Nepal, where she specifically included women’s and children’s rights, conducted workshops with the senate of Pakistan on legislating constitutional rights, and worked with the government of Bhutan on compliance with their international treaties.

Nundy has lent her experience to many talk shows, interactive programs and discussions held on the social media to spread the awareness and uphold the value and dignity of basic rights, a major need of our times.