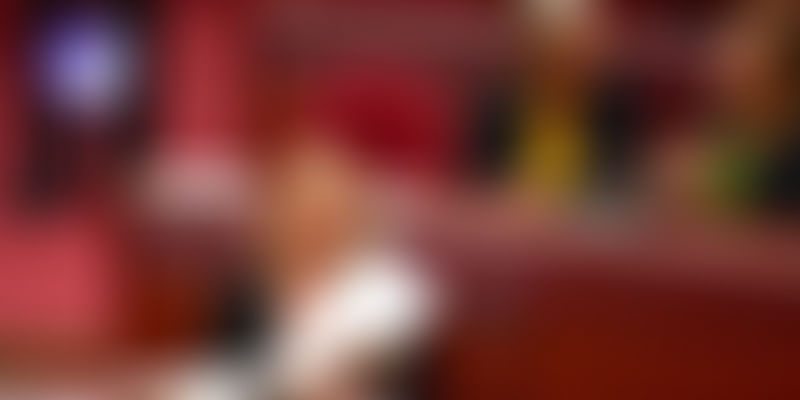 Women MPs breastfeeding their babies in Parliament shines the spotlight on the need for supportive workplaces for new mothers.

Australian senator Larissa Waters has made history after she became the first politician to breastfeed her baby in the parliament senate chamber. Larissa posted on Facebook: “I am so proud that my daughter Alia is the first baby to be breastfed in the federal parliament! And we need more family-friendly and flexible workplaces, and affordable childcare, for everyone.”

Larissa Waters returned to the senate 10 weeks after giving birth to her second daughter, and is making full use of the breastfeeding rules that she helped to extend in the senate last year. Breastfeeding had already been allowed in the chamber, but thanks to Larissa’s push last year to extend the rules, new mothers and fathers are able to care for infants while on the parliament floor.

This demonstrates the huge change towards a child-friendly senate in recent years. In 2009, Senator Sarah Hanson-Young had wanted five minutes with her two-year-old daughter before the child was flown back to Adelaide. But when the child was taken into the chamber, Senate President John Hogg refused to allow her entry, saying that Parliament was a place for serious business.

The little girl had burst into tears when she was taken away from her mother and the door of the chamber was locked.

Icelandic MP Unnur Konráðsdóttir had been in the news for breastfeeding her newborn baby during a debate in parliament last year. "It is the most natural thing in the world," she had said.

Unnur, from the centre-right Independence Party, had nursed her six-week-old daughter at the podium of the Alþingi Parliament on Wednesday, while explaining her vote on new immigration legislation to colleagues. Although the European country has an extremely relaxed attitude towards breastfeeding in public, it was the first time an MP had fed her child while actually addressing parliament.

“She was hungry, and I had not expected going to the podium," Unnur had said. "Then, another MP was giving statements on a bill that I put forward, to which I had to respond. So, I either had to tear the baby off me and leave her crying with the MP sitting next to me, or just take her with me, and I thought it would cause less disturbance to take her with me.”

Most countries are not as considerate

Ironically, western societies are a lot more resistant to breastfeeding in public when compared to more traditional Asian and African communities. In fact, this writer recalls from her childhood how mothers in her home state - the conservative state of Kerala - feeding their babies on public transport as well as in other public places was seen as a normal thing.

But in the UK and the US, countries that see higher percentages of mothers formula feeding their children, there is a huge cultural resistance to breastfeeding in public. Science has proved that breastfeeding is the most nutritious and safe nourishment for newborns, with breastfed babies developing better immunity and lower incidence of infections.

Senior DUP politician Sammy Wilson had criticised the suggestion, saying it was exhibitionist and shameful for women to breastfeed in public areas of parliament. Late MP Jo Cox had said, "It is good for children, so we should advocate it."

Sammy Wilson's comments had angered female politicians, including women of his own party.

For those asking, no I don't agree with Sammy's comments. Party & I recognise importance of breastfeeding. #i'll sort him?

For people concerned about modesty, there is a middle ground. There are many nursing outfits that allow for discreet feeding. Mothers can also use a nursing privacy drape. These drapes are so discreet, they even have a built-in shoulder weight so that the baby can't pull it down, thus ensuring that skin is not revealed.

By creating a supportive environment for breastfeeding mothers, any nation will be able to build the foundation for a healthier younger generation.