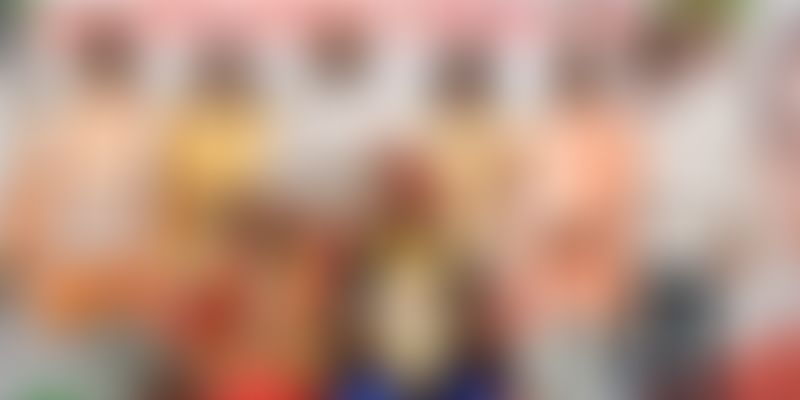 Amidst the daily dose of depressing stories of crimes, sexual assault and accident, here's a piece of news that will make you laugh and also shake your head in disbelief. In one of those ‘it happens only in India’ type of events, a minister from Madhya Pradesh gifted wooden bats to the brides at a mass wedding to use on their husbands, in case they become abusive under the influence of alcohol.

Gopal Bhargava, a minister in the Shivraj Singh Chouhan government in Madhya Pradesh, presented wooden bats to women at a mass wedding along with the advice that they should 'let the wooden paddles or ‘mogri’ do the talking' if they are attacked by their husbands. The wooden paddles are of the kind used in traditional laundries to beat and clean clothes.

The bats had the words ‘Sharabiyon ke sutara hetu bhent, police nahi bolegi’ engraved on them, which translates to ‘gift for beating drunkards, police will not intervene.’ NDTV reported that Bhargava thought the bats were an “important step towards bringing social change”. He also went on to say that the government or police alone aren’t enough to solve the problem of alcoholic husbands abusing their wives.

"The idea of gifting mogri struck me when a woman asked me whether she should beat her husband with the wooden bat to make him stop drinking," said the minister of panchayati raj and rural development during the ceremony.

The minister said the bats were a step towards bringing social change necessary to deal with the menace of alcoholism. "The government or police alone would not be able to solve this problem. For this, people have to come forward. There are many examples in history which show that when masses intervene, things have changed for the better."

The minister asked women to first talk to their husbands about the problems of drinking. If that didn't work, they should then let the 'mogri' do the talking, he reportedly told the brides.

The minister also asked the new brides to plant saplings and ensure that children get proper education.