Why serial entrepreneur Manish Khera wouldn't give up on financial inclusion 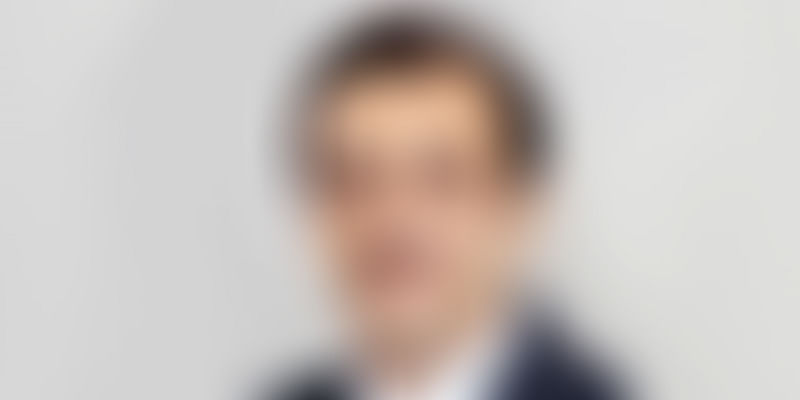 It seems Manish Khera will go on launching new startups to promote financial inclusion in the country until, as he says, the big banks continue to be disinterested in taking their services to the masses in remote areas.

Manish Khera is considered a heavyweight in the world of banking and finance. But this perception has to do as much with his two decades in the sector as his ardent passion to drive financial inclusion in the country. During his 12 years at ICICI Bank, he played a crucial role in setting up the institution’s Alternate Channels Group, which was created to bring the unbanked into the fold.

But he is better known for his entrepreneurial zeal–he built one of the country’s biggest banking correspondence network through his company, FINO Paytech. Based on the feet-on-street model, the service allows banks to financially engage underserved rural masses by offering them financial services like savings, deposits, insurance, and remittance. Today, the company claims to serve over 70 million customers across the country.

In 2013, he started Yatra Tatra Sarvatra (YTS) for providing digital financial solutions to banks to serve the mass market. The company was later acquired by Airtel in 2015, which made him the CEO of Airtel Money after the acquisition.

Manish has always operated in catchments where banks didn’t see a viable business case to invest. And this ability to get into untapped areas has won him several laurels including recognition as a “Young Global Leader” by the World Economic Forum.

His latest venture, ArthImpact, is a testimony to that same philosophy. About ArthImpact, he says,

"The big banks still continue to be disinterested in spreading their services to the unbanked. And hence, it seemed like a good choice to go back on the same path as FINO, and build something new which provides financial services to mass market."

However, Manish agrees that this time, the playing field has changed. So, what’s different? According to him, the two fundamental differences are:

Being an NBFC, ArthImpact aims at providing affordable loans between Rs 2,000 and Rs 1 lakh, making credit available to SMEs as one of its first products for the underserved market.

Through preliminary market research, the company realised that there was a need for easy cash among customers (SMEs), which relied on informal streams of credit. The startup aims to target customers within the income bracket of Rs 1 lakh and Rs 5 lakh with purpose of increasing the financial strength of shopkeepers, traders, and semi-skilled workers in urban and semi- urban areas.

Moreover, Manish was joined by Gautam Ivatury as a co-founder. Gautam, who headed the World Bank’s digital finance programme (backed by the Gates Foundation), serves on the boards of several fintech companies.

While his outfit currently runs physical operations in areas around Lucknow, Manish  has plans to expand its operations to Delhi and Karnataka in the near future.

Further, according to the founders, the firm will opt for digital mediums to identify and convert new customers, while curating information for the active credit risk assessment of a particular individual.

Traditionally, micro-finance companies have opted for the Joint Liability Group (JLG) as their lending model, which enables a group of individuals (usually five) to take loans for income generating activity by forming a group, wherein group members guarantee each others’ loans.

Explaining the reason behind this, Manish states,

“The group construct essentially exists because you don’t know the customer. Moreover, at a micro-customer level, the data is not essentially available. But no longer will companies be dependent on similar constructs.”

Coincidentally, FINO, Manish’s first entrepreneurship initiative, was based on the JLB lending model.

However, ArthImpact plans to solve the problem of credit assessment through partnerships.

Manish claims that the firm assesses credit through business relationships which the merchants or customers have with aggregators, who happen to be ArthImpact’s partners. He says,

We look at several data points but more focussed on business volumes, the pattern of these volumes and breakup with respect to the underlying customer transactions.

At present, ArthImpact is looking to partner with six to seven other firms along these lines.

Started in January 2017, Manish states that the founders have invested Rs 10 crore of their own money as preliminary capital into the firm. As of February, the firm claims to have 20 individuals for on-ground activation, with a lean team of four to six employees, including the founders.

Within two months of launch, the startup has already disbursed close to 5,000 loans totalling Rs 5 crore.

Focusing on a niche segment, the biggest challenge for the startup is in getting the customer onto the digital platform. Hence, the firm plans to acquaint individuals with the customer interface through an assisted model.

Currently bootstrapped, the company’s technology is aiming to solve problems of collection and disbursement, as well as credit validation at the backend.

The founders say that through technology, ArthImpact can deploy a loan in a turnaround time of 30 seconds, if the customer has an Aadhaar number and a bank account. By the end of this fiscal year, the firm plans to disburse loans to almost 100,000 customers.

The SME lending space seems to be an attractive proposition for NBFCs. Especially so after PM Narendra Modi earlier this year announced incorporating NBFCs in the credit guarantee scheme for SMEs, which saw the amount of loan disbursement amount go up to Rs 2 crore under the scheme.

At the same time, the scheme facilitates loans by providing banks with a government-backed guarantee for 75 percent of the facility value. This means that the government will cover that much of the amount in case an SME can’t repay the loan, and the SME will have to pay only 25 percent of the total loan amount.