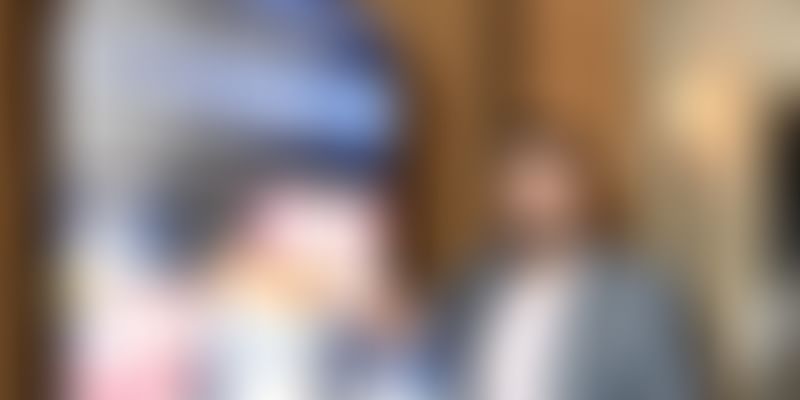 Mumbai-based Nobel Hygiene is a company that manufactures and sells children and adult diapers.

On a rainy day in Gujarat, walking into a hovel of multi-storeyed buildings, Kartik Johari finally got to see what his family does. He had returned from the US, after finishing his education at University of Pittsburgh and running a startup there, and joined his family in their business of selling diapers. Nobel Hygiene was started by Kartik's father, Kamal Kumar Johari, in the year 2000.

That day Kartik observed a shift in the attitude of medical store owners and pharmacists, who earlier used to deride salesmen pushing adult diapers. Now, when many expressed interest in growing the brand, Kartik realised just how far Nobel Hygiene had come.

A few hundred rupees and a wedding ring

It was in the early nineties that Kartik's father Kamal came to Mumbai for the first time. He just had a suitcase containing his clothes, a wedding ring and a few hundred rupees on him. He hailed from a family of diamond merchants, but wanted to do something different. In Mumbai he worked as a chartered accountant, all the while looking for an opportunity to get into business.

He found the break in the late nineties as a product distributor, going on to manage the mother godown for Samsonite. He then went on to become the distributor for Pepsi, Nivea and many other brands.

The idea of Nobel Hygiene, in fact, came to Kamal after he met some employees of a disposable diaper company. Using his personal savings, Kamal started Nobel Hygiene with two brands: Teddyy baby diapers, and Friends adult diapers.

For the next seven to eight years, Kamal focused on building the distribution network, creating awareness about the product and building the demand. He didn’t set up his manufacturing unit all this while though. He imported the diapers from China, Taiwan, Israel and Thailand, repackaged in Goa and sold them at Rs 500 per pack, four to five percent less than the price at which Huggies was selling.

“In 2009, when we felt that we had a hold on the market, we set up a manufacturing unit in Nashik. For eight to nine years, we worked on building demand. When we put out our first ad in the early 2000s we got close to 150 phone calls asking about adult diapers. My father understood that there was a need in the market and went after his goal.”

The manufacturing plant took about two to three years to come up and started with one machine; now the company sets up one machine every year. Today, Friends adult diapers are priced at Rs 500-550.

A year after Nobel Hygiene set up its manufacturing unit, Access Fund invested $11.5 million in it. And in February 2015, CLSA Capital pumped $10 million in it.

The Indian diaper market has grown at a CAGR of 22.23 percent in the past five years, according to a report by India Diaper Market Outlook. The report also suggests that Pampers dominates the overall diaper market followed by Huggies and Mamy Poko. In fact Pampers, Mamy Poko and Huggies are believed to account for close to 85 percent of the market.

The report, however, also adds that the adult diaper segment is dominated by Nobel Hygiene and Actifit.

Cracking into the space

Kartik pegs the current adult diaper segment at Rs 500 crore. A nascent sector, one of the biggest challenges that Kartik had to take on when he joined the family business was the rebranding process. He says,

“It hasn’t been easy. When we did market research, we realised that the biggest roadblock to the adoption of the product was the user himself or herself. They would refuse to admit there was a problem and that they needed to buy adult diapers.”

Soon, they realised that talking directly to the customer didn’t work. Hence, they spoke to the caregivers–the family. The idea is to get the caretaker to buy the pack. “After the pack is bought, the user uses it,” says Kartik.

The product has more users in the metro and urban areas. Kartik adds that a family needs to have a disposable income and the ability to invest Rs 3,000-4,000 every month on adult diapers. In the past five months, Nobel Hygiene has gone across both retail and online channels.

Kartik adds that in the five months they have tied up with Amazon, they have seen a 40 percent month-on-month growth. The diapers are also designed keeping the Indian girth and body frame in mind. Now there are two variants: tape style and pant style diapers.

This year, the company is expecting to clock a revenue of Rs 210 crore. “Our future plan is to look at five times the top-line revenue in the next three years. Also, build complete awareness around the need and use of adult diapers in 2017,” says Kartik.

Nobel Hygiene believes that with Friends, it is able to provide older people with dignity. Kartik says, “No parent wants to be a child to their children; they want the freedom and independence and that’s what we give.”