Why 1.3M mothers turn to Baby Destination to help them navigate the highs and lows of motherhood 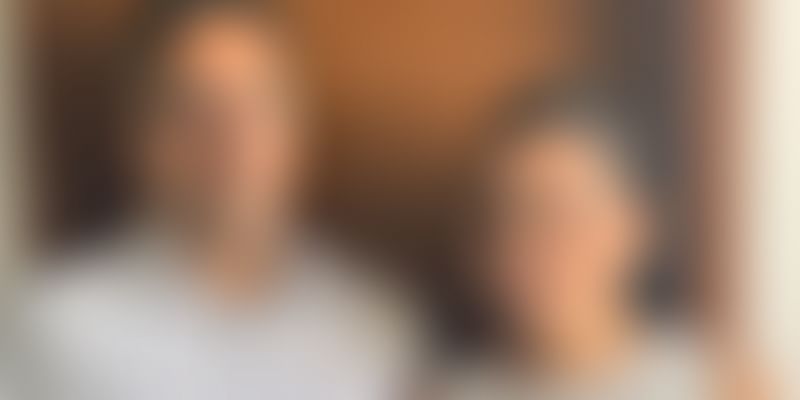 Baby Destination has become the preferred choice for mothers who engage with its digital footprints every month, looking for a seamless journey across content, products, and community, related to parenting.

When New York-based Investment Banker Tamanna Dhamija became a mother to a boy in 2014, she realised how tough it can be to get support and other miscellaneous help, especially with spontaneous queries as a first-time mom. Even though she had friends and family to bank upon, she realised it would be impractical to expect them to be there to help 24x7. That’s when she turned to virtual mommy groups. But, there again, while some platforms had good content, they didn’t have a community to connect and engage with and vice versa. It was never a combination of the two.

By 2015, she also started working on a dream project – a non-profit initiative to fund timely medical intervention for children with congenital problems in India. Working on this initiative saw Tamanna making frequent trips to India. These travels also made her realise that there was a larger need to build a support and awareness ecosystem for new mothers in India, especially at a time when nuclear families were becoming the norm and new parents were taking care of the baby on their own.

“So, I set my heart on building that very ecosystem that I so wanted to have back in the US. However, I wanted to be on the ground and set it up. This meant that I had to convince my family to move to India. My husband had been in the US for 25 years and my parents were also based in the US. But thankfully, my husband was convinced.”

The couple co-founded Baby Destination in 2016.

With a presence across all digital touchpoints and offline, today Baby Destination has become the preferred choice for over 1.3 million mothers who engage monthly within its digital footprints looking for a seamless journey across content, products, and community, related to parenting.

While the Facebook group is based on specific categories such as nutrition, breastfeeding, pregnancy, etc. the WhatsApp groups are location-based and bifurcated based on life stages such as pregnancy, infanthood, toddlerhood and childhood. The discussions are moderated on both the platforms and both content and the discussion topics are based on the insights drawn out from Baby Destination’s conversational AI technology stack.

“Integrating analytics into our business model from the very beginning has helped us not just interpret the actions of our users but more importantly understand their needs and preferences to pivot services accordingly.”

Another key learning from their initial research was that new mothers used Facebook and WhatsApp as the go-to platform for community support and motherhood-related information. “That is why, in addition to running a Facebook group, Baby Destination runs over 250 local and hyper-local WhatsApp groups for mothers where moms converse and ask questions on parenting, share tips, discuss local events and so on." A key highlight of the hyperlocal communities is that they are run in vernacular languages, hence enabling better connect and engagement. The WhatsApp groups on average have about 150 members.

“But what makes the WhatsApp group particularly interesting is that it provides an opportunity for the mothers to become administrators and co-run the community. And, for many, this is empowering,” says Tamanna.

The hyperlocal WhatsApp groups have not only been a well-appreciated support system for mothers but have also helped drive organic growth through referrals.

Tamanna says, “We see six times more conversations happening on WhatsApp than any other platform. The group feature on WhatsApp has been a great boost to our effort in building an engaging ecosystem.”

In addition, the broadcast feature on WhatsApp has helped them amplify content and provide useful resources to the community. While Baby Destination has a WhatsApp for Business Account, the co-founder says they still rely on the basic features available on the user app.

“That goes on to show that small businesses can scale up if they are able to leverage and optimise usage of digital platforms such as WhatsApp. It’s hard to imagine how we could model growth without these platforms.”

Unearthing a new direction for growth

In 2017, the startup raised $312,000 (Rs 2 crore) from GEMs Partners, a micro venture capital fund and Tariq Khan, an angel investor based in New York. In 2018, Baby Destination was also selected for the Facebook Community Leadership Program that supports leaders who are building communities around the world.

“In addition to the acknowledgement that we receive from our community, the funding and recognition by the ecosystem have been a huge validation for the work we are doing.”

The year also saw Baby Destination monetising its content and community platform by offering both digital and conversational marketing-driven solutions, forging revenue partnerships with some of the largest FMCG and Healthcare companies India.

And, in this journey of helping mothers with relatable and helpful content and products and build communities they can connect with, Baby destination also developed tools that enabled the community admins to manage their communities better.

“Over time, in conversations with other communities, we realised that they could leverage some of the tools that they had developed to run their communities better,” says Tamanna.

With that, Tamanna and her team began working on building a global data analytics SaaS platform for community admins - Convosight. An A-Z tool for facebook community entrepreneurs, Convosight helps those who are looking to build, grow, engage and sustain their online communities. The product is first of its kind, launched initially for Facebook Groups Admins, uses techniques in Machine Learning and Data Analytics to give proven recommendations for engagement and growth in members for Facebook groups, along with great features on moderating and management and maintaining group quality.

“It is the world’s first SaaS platform for community admins that is disrupting the way communities are managed, moderated, and grown by using the power of data analytics and machine learning,” says Tamanna.

“After operating on stealth mode for some time, the platform launched publicly in October 2019. In a span of less than six months, the platform is being leveraged by 10,000+ communities to manage 40 million community members.

While 2020 will see the entrepreneur getting bullish with Convosight.

Tamanna adds, “We will continue building meaningful relationships and providing support that matters to every mother. Because, that’s how my journey as an entrepreneur began.”