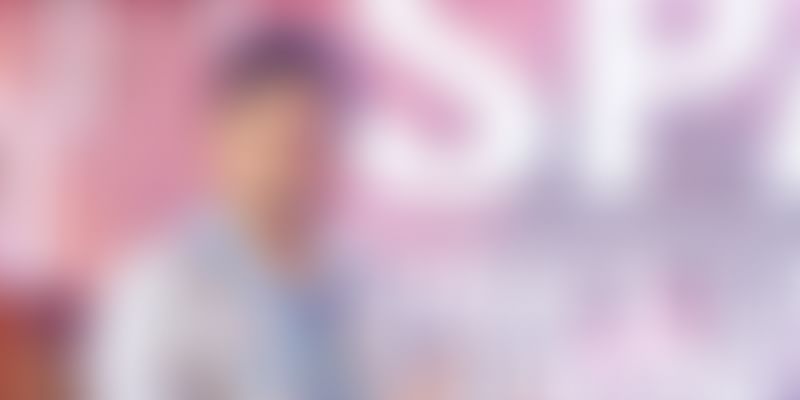 Ola, the popular mobile app for transportation, on Thursday announced that it had launched a Progressive Web App (PWA), a lightweight mobile website that offers users an app-like experience on smartphones. Through the PWA, users can book cab rides without having Ola's native app installed on their phones.

In a press note, Ola noted that the PWA requires a fraction of the data used by the native app and is mainly targeted at users in smaller towns and cities, that generally have patchy networks and mid- or low-end smartphones.

Founded in January 2011 by IIT Bombay alumni Bhavish Aggarwal and Ankit Bhati, Ola is currently active in 110 cities and claims to have about 6,00,000 vehicles across cabs and auto-rickshaws operational on its network.

Ola is available on Windows, Android, and iOS platforms and at Google I/O 2017, the annual developer conference in San Francisco, announced the launch of its PWA in partnership with the search engine giant. Ola noted that the goal is to address local consumer needs and provide light and agile functionality, enabling Ola to magnify its reach to tier-II, III, and IV cities across India.

Ola's Android app takes up about 18.47MB of space, while the iOS equivalent requires 189MB of space. In comparison, Ola claims that its PWA consumes only 50 KB data on first payload and 10 KB on subsequent loads. So Ola sees two big demographics of users who will leverage their PWA extensively:

Ankit Bhati, Co-founder and CTO of Ola, believes that the launch of this PWA represents another milestone in Ola’s commitment to building innovative technology that is 'made for India'. He noted,

As the first ride-hailing app in the APAC region that is using PWA technology, this represents an important development that will enable us to reach an ever greater number of customers and driver partners in rural India. We have always said that addressing market needs is a key priority and this launch takes us one step further in our commitment to providing mobility for a billion Indians.

Google has previously worked with players like Flipkart and Snapdeal in launching PWA like Flipkart Lite and Snapdeal Lite respectively. Talking about the most recent collaboration with Ola, Rahul Roy-Chowdhury, VP Product Management—Chrome, Google, noted,

At Google, we are deeply committed to making the mobile web better for everyone. Our PWA journey began a few years ago and we are delighted to see the traction this technology has had, especially in mobile-first countries like India. It’s exciting to see Ola create their PWA, which will ensure their users have an engaging experience from the very first moment.

Although smartphone usage in India has increased in the last couple of years, it still lags behind most other emerging economies. With the majority of the Indian population using low-end smartphones, the presence of too many apps tends to slow down the functionality of the phone due to higher RAM and data usage. While it probably can't be categorised as a PWA, Uber also lets users book cabs without their native app through their mobile website—m.uber.com. YourStory was able to verify that it works in Bengaluru.

An overview of a PWA Ola-booking experience

Users can book an Ola through PWA across all categories, generate OTP verification for rides, and also pay for their ride through Ola Money. Ola noted that other options such as the use of maps for pickup and drop location, ride-later options, and the use of Share Pass will also be available on Ola’s mobile web browser.

YourStory had earlier booked multiple rides to better understand the Ola Play experience and for the purpose of this story, booked a ride through the PWA interface to test it out.

The PWA version doesn't provide the same visual experience as the native mobile app but does live up to expectations in terms of all the basic functionalities. While most of the visual elements are similar, the 'getting ride' loading screen on the Ola PWA is different from the native app. Here is a GIF which Ola shared that helps to visualise the experience.

Ola noted that it is the first ride-sharing app in APAC to use PWA technology as well as the Polymer framework to provide such a cab booking experience that supports 2G networks and offline bookings.

YourStory has also requested Ola for inputs on how long they collaborated with Google to pull this off and the size of the team involved in this project. While the PWA is mainly consumer-facing, we also requested Ola to share if there is a similar PWA experience available for driver partners. YourStory will update the story if and when Ola responds.

Ankit noted in an email statement that Ola started working on their PWA four months ago, and found a great partner in Google, which helped them to utilize their technology to suit Indian customer’s needs, to refining the user experience, and to discussing PWA best practices across the world. He noted,

Ola’s PWA has been LIVE for about 2 months now. Our employees used it for a month initially and then we went live for the general public. It has almost the same conversion rate as our native app, and even higher in several Tier 2 and Tier 3 cities. We’re also seeing a lot of repeat behaviour, and use cases such as Outstation and Rental are doing exceptionally well.

Ankit had earlier noted that the PWA technology is an important development that will enable Ola to reach more customers and driver partners in rural India. With customers covered, Ola's next move could involve a PWA for the Ola operator app.

Check out Ola's PWA on your mobile browser here: www.olacabs.com