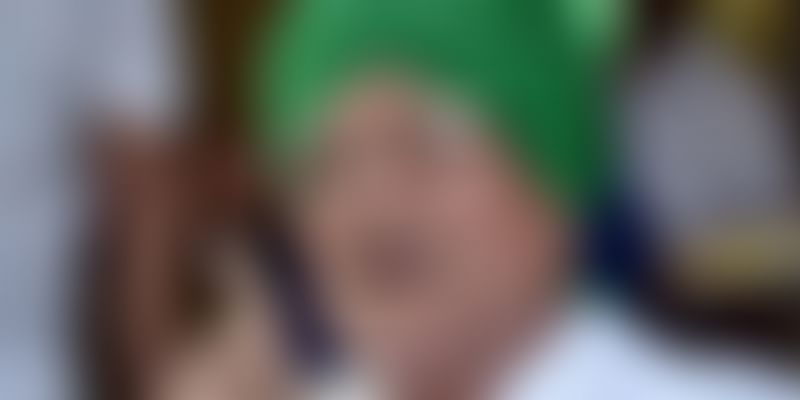 Eighty two-year-old former Haryana Chief Minister and Indian National Lok Dal leader Om Prakash Chautala has passed the Standard 12 examination from jail, where he has been serving a ten-year term for the teachers' recruitment scam. He did not just clear the examination conducted by the National Institute of Open Schooling (NIOS), but also achieved first division in it.

Chautala was arrested for corruption in the teachers' recruitment scam in 2000 that involved 3,206 teachers in Haryana. His elder son Ajay Chautala has been charged for the same and is presently arrested as well. Om Prakash gave the Class 12 examination at the centre set up for the Tihar Jail prisoners. While talking to the Indian Express, younger son of Om Prakash and Leader of Opposition in the Haryana Assembly, Abhay Singh Chautala, said,

The last exam was held on April 23. He was out on parole during that time, but since the examination centre was inside the jail premises, he went back to jail and sat for the exam.

While talking to the Hindustan Times, Abhay said,

When my father was in school, my grandfather and former deputy prime minister Devi Lal was in jail fighting for farmers' rights. Since my father was the eldest in the family, he had to drop out and take on the family's responsibility. He encouraged other members to study.

Om Prakash was out of prison on parole as it was his grandson Dushyant Chautala's wedding. He decided to go back to the prison closer to the days of his examinations as his centre was in the jail premises. He is very motivated and wants to study further. He is now looking forward to completing his under graduation as well. According to Hindustan Times, Abhay also said,

He is focused, and goes to the jail library daily. His favourite books are on politics. He wants to use the jail term meaningfully.

Do you have an interesting story to share? Please write to us at tci@yourstory.com. To stay updated with more positive news, please connect with us onÂ FacebookÂ andÂ Twitter.