From travelling in train for first time at age of 21, Pinky is now only female station master in northern railways 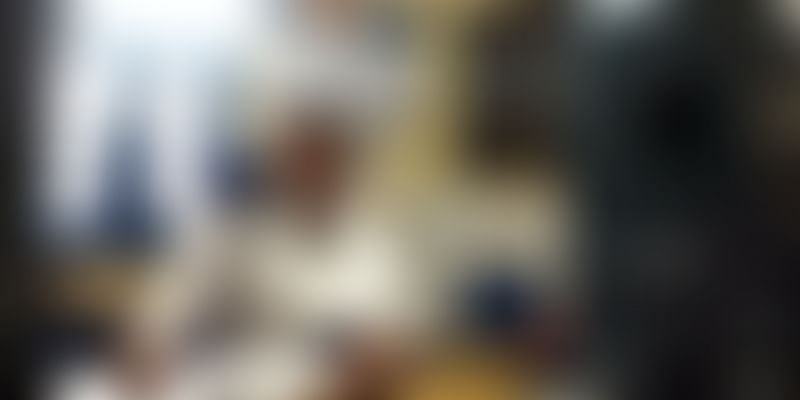 Situated twenty kilometres from the capital city of Himachal Pradesh, Simla, is a small town called Kaithlighat. During colonial rule, Simla was considered a 'Summer Capital' by the British. As a result, a small train known as the 'toy train' was constructed from Kalka to Simla, to ease the commute. This train commute on a narrow gauge track is captivating, known for its scenic beauty. Kaithlighat railway station is one of the stops while travelling on this toy train. The station is not just known for its serene beauty, but also for its station master, Pinky Kumari.

Pinky was born in a small village called Darhar in the Darbanga district of Bihar. She has seven brothers and sisters, and of the five sisters, she is the youngest. Her father, a stamp vendor, has always been extremely hard working, given that he had to take care of a huge family. Despite belonging to a small town and having limited resources, he ensured that his children had access to a good education. He always motivated them to study, and this inspired Pinky tremendously to pursue her dreams. She decided not to get married till she had fulfilled her dreams, and her family stood by her decision.

Pinky completed her primary education in her village. Since she was a quick learner and a good student, she went on to pursue her graduation in Math Honors from Nagendra Jha College. When she was 21 years old, she travelled by train for the first time to fill a form for a bank. This train journey captivated her, and made her think of pursuing a career in the railways.

Pinky soon decided to fill the form for railway recruitment. She cleared her examination and was given her first posting after an year-long training in Chandausi in Uttar Pradesh. She was posted at the Kaithlighat railway station, and has been working as the station master there for the past year.

Having never lived in a mountainous area, she is immensely mesmerised by its beauty. However, this has not stopped Pinky from dreaming bigger. She is now dedicated to studying for the civil services, and is determined to crack the examination in the future. Her dedication and perseverance definitely serve as an inspiration for many.