From Boston to the interiors of India, this initiative has come to rescue farmers straining to sustain the dairy industry 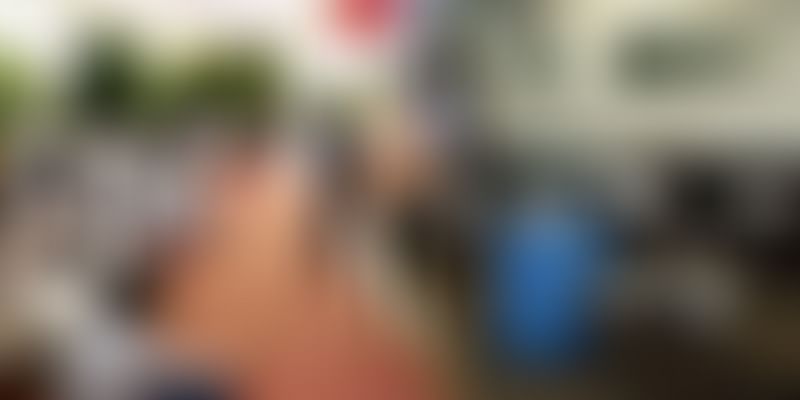 The present Indian agricultural situation is no secret to anyone. Agriculture, being the primary sector of occupation in the country, ensures economic sustenance of the majority of the population. It has undergone several technological advancements in the past in order to improve its functional efficiency; and with the onset of the 20th century, agriculture in India is no longer as strenuous and laborious as it used to be. This relative difference of labouring with continuous substitution of machinery has indeed added to the frequency with which the farmers breathe their sighs of relief. And it is nothing but a boon to our heroes for them to function as the backbone of our country

This article documents an initiative that does a similar job in terms of helping our farmers, in particular those in the dairy industry. Promethean Power Systems is a cold chain agtech that uses its insights in science and technology to provide the dairy industry an easier access to the milk chilling process, before their delivery into households all over. Being one of a kind, Promethean Power Systems has a unique journey from its conception to the success it enjoys now. Let us have a look at the journey and learn how we too can conceive something similar to help our farmers

From Boston to Pune

The idea to build and expand the company was born in Massachusetts Institute of Technology (MIT) in Boston. It was when a bunch of students including the CEO Jiten Ghelani decided to work on the conservation and utilisation of solar energy for a bigger cause that the future of this company formed its initial frame. The concept was to use solar power generator to construct a unit speeding up the chilling process of milk and dairy products; though later it changed its mode of power generation to thermal power. Jiten says, “We thought India needed and could do with solar energy for agricultural advancements though we realised it wasn’t possible eventually due to a number of drawbacks. We then switched to thermal energy and built a storage set up backed by it.” He mentions the increase in efficiency was a significant add-on to the project post this power switch.

Thermal power storage system is relatively cleaner and cheaper, he says, and hence the preference.

How this initiative became a pillar of strength for many farmers

Set up in 2010 by Sam White and Sorin Grama, Pune-based Promethean Power Systems now is an organisation that plays a pivotal role in making sure the milk is chilled within the first three hours of its extraction. Undergoing a couple of challenges in the year 2012, it came back with better plausible working ideas which were based on constant customer feedbacks and suggestions in the next two years. Post meeting all the demands, it has helped pivotal dairy companies such as Hatsun, Heritage groups, Mother Dairy, and Amul India run their companies. They began their journey in Tamil Nadu with Hatsun being their first client. And within the next year, the company was covering multiple villages in states like Maharashtra, Tamil Nadu and other southern states. Apart from our county, the company also covers nations such as Bangladesh and Sri Lanka. Jiten mentions, “Fonterra in Sri Lanka and BRAC in Bangladesh procure milk from rural villages without the need for costly diesel generators. We have now installed over 600 systems in India which have helped improve incomes for over 25,000 farmers.” Now that’s quite an achievement!

This company might seem an example of a quintessential foreign investment in the Indian market – something almost every company is engaging in for monetary benefits – but it has a history too. The idea goes back to the root causes rather obstacles and struggles faced by Jiten’s own grandparents who were farmers in Gujarat back in the day. It was their experience in agriculture that helped Jiten realise the hardship of agriculture as an occupation for people in the country. He wanted to help his parent nation develop with the help of his knowledge gained in the west as in Boston. And hence the idea was born with a passion to provide in return to the nation he has his roots in advancement. This generosity now in the present is a helping hand to all our brothers keeping the primary sector of our country alive.

He says, “It’s a win–win situation for both the farmers and us as we’re able to ensure not only less spoilage of dairy produced but also regular income for the farmers which was the actual goal.” Indeed it is so!