Remembering an oft forgotten set of mothers this Mother's Day 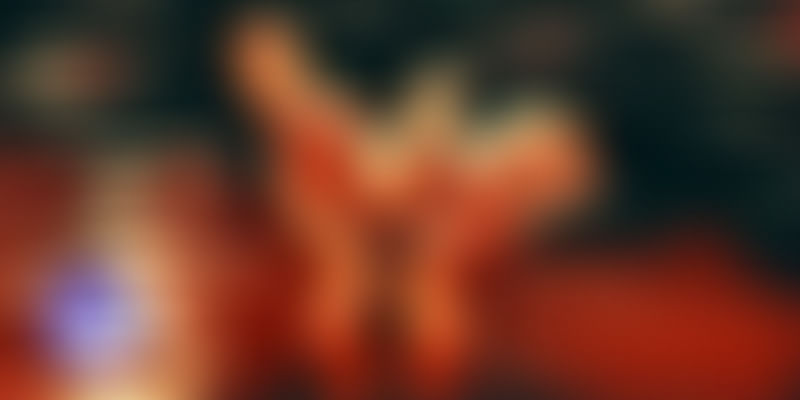 How mothers in lower income groups are making ends meet to give their children a bright and secure future.

Recently on a chat show about moms, Zoe Saldana, an American actress, dancer, and mother of twins said: "‘Mom’s is the best title I will ever have and ever want."

That mothers are nurturing and storehouses of unconditional love has been so firmly established as to have become a stereotype, but somehow this view doesn’t seem to extend to women from lower-income groups. Somehow, we view them through a different lens.

Last year around Labour Day I invited my maid and her friends for a chat about their lives and the challenges they faced. That evening, not a single pair of eyes in my living room remained dry as the women described just how hard they had to work to give their children the best they could. All their sacrifices were channelled towards building a future for their children, one where education, food, and stable jobs weren’t luxuries.

A few days ago, I found myself in the company of another set of women. This time we were not in my living room but in the office of a community centre for sex workers, surrounded by desks, files, and large boxes of condoms.

These women were not working as cooks and maids but as sex workers who have been in the profession for years, trying to make a living so they can do the best for their children.

Their stories are common to so many women in India, especially those who come from lower-income groups. Almost all of these women have faced abuse at the hands of their husbands, leaving scars that will last a lifetime. However, they brave it all, just to fulfil that one duty that comes before all else—motherhood.

Thirty-five-year-old Urmila (name changed) was married at the age of 22 and has three kids. With no financial support from her abusive husband, she was desperate to save her son, who had a heart condition. “So a woman who knew my desperate situation lured me into sex work with the promise of a lucrative income that could save my son’s life. She gave me Rs 5,000 for my first time just to hoodwink me (they normally earn Rs 200),” she says. As she narrates the trauma of getting into the trade, she finds it difficult to control her tears.

Since Urmila’s mother was suffering from cancer, she could not reach out to her parents for support.

Her husband gets abusive every time she asks for help, leaving her to struggle alone. “My children are my priority. I want them to do well with their lives. First, I want to get my second son operated on. He’s now in 10th and sometimes he can’t even breathe. So it’s very important that I keep myself strong for him. I’ll do anything for him. Till the last breath leaves my body, I’m prepared to do this job for my children. Their happiness and well-being is all I want.”

Unfortunately, in trying to make ends meet, Urmila hardly gets to spend any time with her kids but their radiant faces are all the reward she needs. The children are unaware of what their mother does.

This 39-year-old is a mother of two who previously worked in a garment factory as her husband was a raging alcoholic who didn’t lift a finger to help run the household. All was good until her father, her only source of moral support, passed away when her children were young.

“Because I was independently moving around and had male friends, my relatives and the society at large began spreading rumours and tarnishing my image. So I had to leave my job and later, with no other option, started sex work in order to support my children,” she says. Today both her children are in the 10th grade. Asha has not told them about the work she does to pay the bills.

“I’m finding it very difficult to raise my kids, let alone be able to spend time with them. My children are so sweet that sometimes I tear up just looking at them. I don’t want them to lead a difficult life just because I wasn’t able to fend for them. That’s my biggest worry. My only goal, aspiration, and dream is to give them a good education and settle them into good families. If I’m successful in doing that, my life will be fulfilled.”

Rathna has been in this profession for the past 17 years, since the age of 28. A friend she had helped with acquiring a loan ran away, leaving Rathna to pay the debt.

With two children and an ailing husband she could not even visit in the hospital, she never let anyone see her troubles. Now she works with a community initiative that supports sex workers.

“I never let my kids feel like they were unprivileged. Many times I have gone hungry so they could eat. They are both married now, are earning, and have their own families. They take good care of me. They are happy but my only regret is that I couldn’t give them the best education they deserved,” she says with tears in her eyes.

There are thousands, if not millions, of such stories of mothers fending for their young ones at the cost of their own mental and physical well-being. Their magnanimity is boundless and their love, endless.

On this Mother’s Day it is time to turn to these mothers, find out more about the challenges they face, the organisations that are helping them, and how the government and society can help them. While we work on that, the bigger question that gnaws at me is how we can stop the men from using their wives’ bodies as a means of earning, and as a canvas to express their frustrations.

Tell us about your mother. Write to us on Facebook and Twitter and use the #ThankYouMom and #MissYouMom