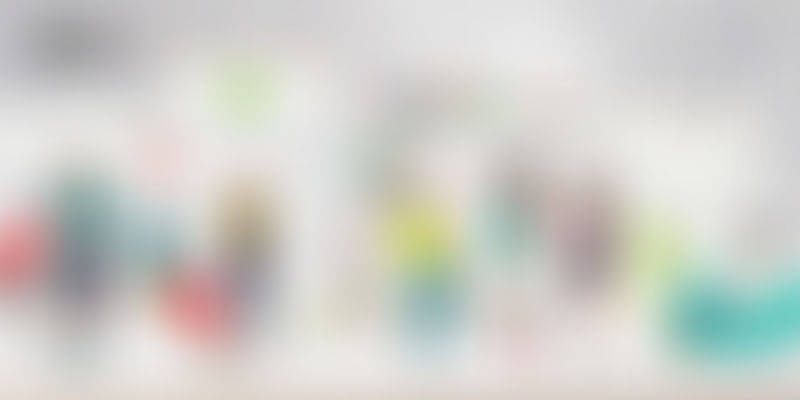 This story is sponsored by smartworks.

"The brain is a wonderful organ. It starts working the moment you get up in the morning, and does not stop until you get into the office." – Robert Frost

There is something not quite right about the way conventional offices operate. Most have not evolved to meet the needs of our time. Everywhere you look, it’s the same old cubicles, internet that barely connects, disorganised or missing infrastructure, tasteless coffee that you gulp down just to stay awake, and colleagues who want you to take up their projects on priority. Something’s got to give – quickly.

When Neetish Sarda decided to set up a new office, he knew that he wanted to move beyond the mundane offerings of traditional workspaces, conventional business centres, and even coworking spaces. He set out to build and nurture a product that would be easy to set up, be fully customisable, and future ready. In December 2015, that dream became a reality when he founded smartworks – a Gurugram-based startup that is on a mission to build completely serviced and customisable offices complemented by thriving communities, which encourage collaboration and networking within the entire smartworks universe.

Breaking away from the monotony of traditional offices and even coworking spaces, smartworks is built on a foundation of customisability, flexibility, services, and community. They currently operate eight centres across seven cities – Gurugram, Noida, Delhi, Pune, Mumbai, Bengaluru and Kolkata. Two new centres in Pune and one in Hyderabad are also currently in the works.

‘smartworks’ USP is the customisability it offers, unlike many in the industry. Everything from the way the workstations are organised, to the way meeting rooms function, can be tweaked by the client to suit their needs. Moreover, as the space is completely serviced, clients can actually start working from day 1 of their move.

And it’s not just startups that work out of this space. Freelancers and established companies can also leverage the facilities, which include private, shared and virtual offices, meeting rooms, conference rooms, audio-visual rooms and business lounges. These can be booked and used as per requirement.

‘smartworks’ has been envisioned as an evolution of traditional coworking spaces. Here, you’ll get the benefits of working alongside some really innovative minds, but without the fuss of a constant barrage of unrelated chatter. Instead, you’ll get the convenience of having a serviced private space, where you can focus primarily on your business and attend a plethora of events that smartworks conducts regularly to encourage networking and collaboration.

Additionally, smartworks has come up with a ground-breaking concept called SmartVenture, which is designed to help early-stage startups. This concept allows the founding team to use smartworks’ space and services at a considerably subsidised price for the first six months. As the startup finds its feet, smartworks increases the rental on a semi-annual basis. Moreover, SmartVenture allows early-stage startups to use its space and services without paying anything for the first six months. Instead of monthly charges, the founders here have to share a nominal equity in their business with smartworks.

At present, smartworks has more than 400,000 square feet of space on offer across the country, which translates to a seating capacity of 6,000. All their centres are completely customisable and future ready, as they call it. Going further, smartworks is planning to increase the seating capacity to 18,000 by bumping up their total available area to 1.2 million square feet across different parts of the country by the end of this financial year. Along with expanding in Tier-1 cities, the company is also planning to roll out centres in several Tier-2 cities in India in the second phase of their expansion.

With companies like Amazon, Johnson & Johnson, Lenovo, Booking.com, OLX, HDFC Realty and DHL, among others, having offices at smartworks, it’s imperative to believe that they’re not competing with coworking spaces that are more about startups only. smartworks’ serviced offices are designed keeping in mind the needs of the workforce of tomorrow. After all, won’t we all love a better and more vibrant office?