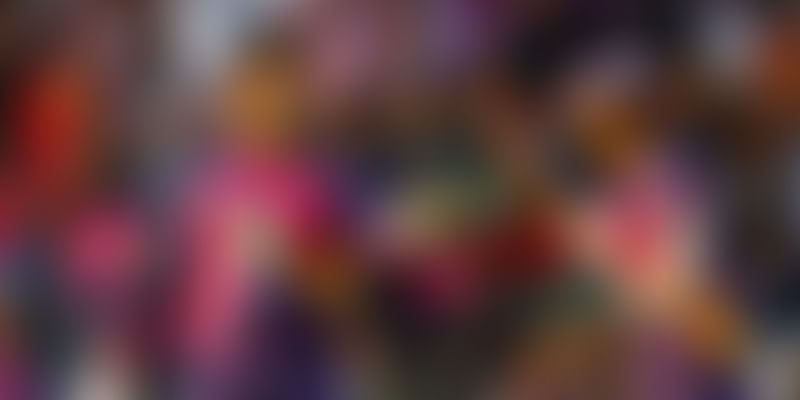 Ten years ago, when the wheels were set in motion to bring the IPL to life, the naysayers far outnumbered the enthusiasts, and the obstacles were many. However, even today, the IPL continues to thrill young and old alike. There is much to be learnt from the success of the sporting extravaganza in the startup context.

A decade ago, the Indian Premier League (IPL) was ushered into the nursery of startup ideas, which seemed doomed at child birth. The naysayers were aplenty, as were their reservations.

‘This is simply not cricket,’ ‘Audiences will never accept a 20-over format,’ ‘India, and cricket, unlike Europe and football, does not have a club culture,’ ‘The telecast time is one where families view television, why will they all watch this?’ ‘How will this improve my relationship with my mother-in-law?’

Even if the last one was in a lighter vein, it would be instructive to remember that the obstacles the IPL had to overcome were many and formidable.

However, ten years since, the IPL stands out as the one innovation that has perhaps truly transformed modern day cricket.

And as the annual cricketing carnival continues to entertain audiences from across the world, does it also kindle thought starters pertinent to those invested in their own startups? Often, lateral inspiration lays the foundation for game-changing strategies, and even here, the IPL does not disappoint, if one chooses to look beyond the immediacy of the scoreboard.

The importance of creating a prototype

One of the objectives of the IPL was also to bring in new audiences for cricket – a sport that was beginning to recede in popularity among young urban groups, given the allure of the well-marketed European football leagues. The IPL offered a short duration ‘movie trailer’ to the sport, which essentially packed in all its great elements. It was like a brief and lively introduction to cricket, given at the time when even the 50-over version of the game was considered too long by the young and restless. Over the years, it has built a following amongst a distinctly younger audience, something that should augur well for the future of cricket in itself.

Every brand or service being launched should consider developing a short version prototype of what the new product will be all about. Reams of PowerPoint slides and hours of unending meetings discussing ‘concepts’ pale in comparison with actually putting something tangible on the table to discuss. Prototypes have this happy knack of sending skepticism sailing clear over the boundaries of doubt. They enable partners and stakeholders to grasp the essence of the idea, whilst presenting them with a chance to believe in it. Problems and potentialities can both be examined. The debate, for once, is around something concrete. And the prospects of the startup then, like any well-strategised run chase, seem all the more plausible.

The opportunity to merge multiple domains

One of the successes of the IPL was that it travelled beyond the domain of merely sport. For the last decade, it has represented family summer entertainment for the nation. This has been accentuated by the presence of Bollywood personalities, either as owners or as prominent faces in the crowd. Then, there is the manner in which the matches are conducted and presented, often overflowing with showmanship. Cheerleaders, interesting spectator interactions, the constant beat of music, post-match parties, informal banter throughout the matches, and much more have surely ensured that the IPL has forged an enviable ‘cricket plus entertainment’ positioning, which will take some beating.

Innovation often happens when one looks beyond one’s own domain of participation and borrows inspiration from other ones. The rush of getting an idea into the market can put blinkers on the vision of the team. This is why it is perhaps necessary to look elsewhere for ideas, which might help the startup rebel against the confines of the ‘box’. Cricket itself prospered when it laterally borrowed from baseball to improve fielding techniques (among other sports), and this presents an interesting example for startups to follow suit. What can food services learn from the film industry? Could automotive offerings import an idea from the domain of coaching classes? Should critical care products look at standup comics to put their business in better health? It is only in travelling along these ‘picnics of possibility’ that startups create their own committed customer franchises.

The power of a small moment

The IPL saga has, over the years, brought to the fore the salience of the small event. Sometimes, a match seems to be going one way, and then one over can entirely change the course of the contest. Often, this switching of the onus can be tracked down to what happened over a single ball. The IPL has truly celebrated the influence of micro events in transforming fortunes.

This phenomenon finds immense relevance in the startup world as well. It takes a moment to come up with a game-changing idea. One favourable sound byte can make a world of difference to the perception of a new company. The last slide of a presentation, or perhaps even the feeling generated by a closing comment by the entrepreneur, can swing the deal at a meeting to elicit funding. Life often boils down to the infinitesimal moments. And so, it seems, does the IPL and the fortunes of startups, sometimes.

Cricket is a team game. However, what is interesting in the IPL is the number of individual awards it has institutionalised. Beyond the obvious winning team and man of the match prizes, there are recognitions for the catch of the match, the maximum sixes hit during the game, the most stylish player, and so on. There is also a fan prize at the end of every match. This might make the post match presentation ceremonies a touch longer, besides being branding goldmines, but there is an important insight that this trend taps into.

The past decade has witnessed the rise of individualism like never before. People are obsessed with their own personal journeys, if social media feeds are anything to go by. And yet, human resource and top management teams in organisations still believe that people will behave differently once they swipe their identity cards at the door. While it will always be a team sport, employees crave environments in which their individual efforts are recognised. It is often not even a question of money (though that always helpsJ). Even gestures like special entitlements or just being drawn out from the crowd have been shown to do wonders for morale. It is pertinent to note that all team efforts, be it in an IPL side or a startup setup, do better when efforts are increased at an individual level.

The introduction of a sporting time-out

‘The strategic timeout’ is another endearing idea featuring at the IPL, imported from the NBA and the NFL. It represents a moment where adrenaline, physical skill, and muscle get a chance to be complemented by cerebral perspective. The players on the field have the opportunity to interact with the experts off it, to come up with winning strategies going forward. This pause often has a very dynamic effect on the game, as something almost always tends to happen after a strategic timeout. More than anything else, this ritual has reinforced the role of the mind and brainpower in sport.

‘The sporting timeout’ could be an interesting modification of this idea in organisational life. Just as the cerebral pause helps the domain of muscle and sinew, so also can a physical break from mental rigour open up new avenues of perspective to pressing problems. Much creative mythology is set around developing the ability to walk away from the task at hand for a bit, and indulging in some sport, formal or informal, can help divert the mind so that the subconscious can conspire silently to throw up novel ideas. Also, the chance for a little physical exertion can only improve the health of the managers involved, several of whom are pressured into sedentary lives, whilst improving the overall well-being of the company at the same time.

To conclude, these are but a few of the relevant ideas that emerge. Once the mind is conditioned to seek such lateral connections, many more along these lines will easily emerge. The objective behind this exercise has been to leverage even something that qualifies as unmitigated entertainment, to seed ‘out of the box’ sparks in our thinking, which might transform our ventures. For, as anyone invested in a startup will perhaps concur, it is only when we begin to make use of just about everything at our disposal that the startup truly starts to emerge in a league of its own.