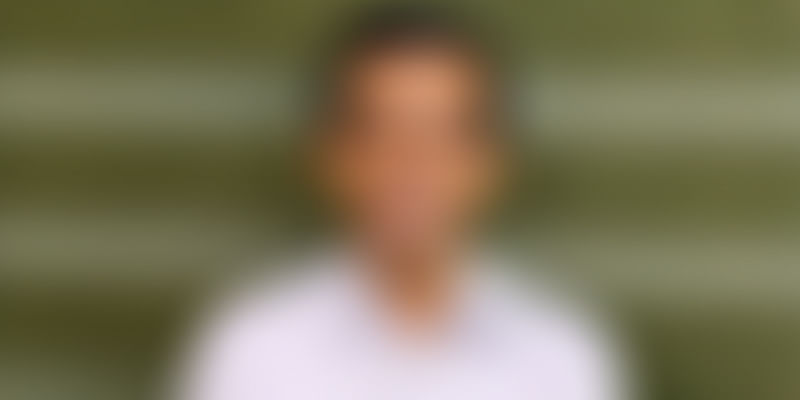 Despite having 14,500 km of navigable waterways, water transport remains highly underutilised in India; additionally, only 0.5 percent of movement occurs in inland waters. This is a fraction of the water transport that exists in countries like China, Bangladesh and Germany, where the inland movement is in excess of 10 percent.

One of the main reasons for this shortfall is the huge amount of energy that is usually needed to support water transport, and the skyrocketing costs associated with it. A solar-powered ferry that comes with low operational costs and does not in any way pollute the water is among the most feasible solutions to combat this problem. Although solar-powered ferries are a common sight in global waterways, they have yet to set sail in Indian waterways because of the high costs involved.

However, innovators are now stepping up to solve this problem. Among them is Sandith Thandasherry, who is the man behind India’s first solar-powered ferry. He founded NavAlt Solar and Electric Boats, along with Phillippe Pallu and Frederic Meniere, a joint venture between Navgathi Marine Design & Construction, and two French companies – Alternative Energies (AltEn), and EVE Systems.

With a Bachelor of Technology in Naval Architecture from IIT Madras and an MBA from INSEAD, France, Sandith has more than 16 years of industrial experience behind him. He worked in a shipyard in Gujarat for two years, after which he went to South Korea and worked across shipyards in the country. After he completed his MBA, the 39-year-old naval architect and entrepreneur started this journey with Navgathi, the first company that he founded to build small-capacity, solar-powered boats.

But, he soon realised that the biggest and most commercially viable sector is large passenger water transport boats. However, to initiate that business, they needed to team up with a larger player in the field. Coincidentally, this was when AltEn, one of the world’s most experienced solar boats manufacturer was looking for a partner in India. Things fell in place and NavAlt was finally formed in October 2013.

When asked about the company’s vision, Sandith says, “NavAlt’s vision is to make marine transport more efficient by drastically reducing the energy and resources needed for building and operation.” Currently, the Chief Naval Architect and MD at NavAlt, Sandith says, “We aim to create a cleaner and commercially viable inland water transport system. Conventional passenger boats powered by diesel engines cause a lot of air and water pollution. The noise, vibration, and diesel fumes also inconvenience the passengers. NavAlt offers solar ferry boats that do not have any of these problems. Our boats are completely eco-friendly with no fuel on board.”

The Kochi-based startup has received its first commercial order from the State Water Transport Department of Kerala, the first ferry, ADITYA was launched this year. The ferry has a 75-passenger capacity, and has been operational for the last four months.

India’s first solar ferry is currently operating on the Vaikom – Thanakadavu route in Kerala. “At the moment, only we have the proven technology for large solar ferries, and we have a strong design and R&D team to maintain the lead. Conventional boats using petrol or diesel engines can be designed well, with noise and vibrations minimised to give similar comfort,” says Sandith. Now, other states like West Bengal and Maharashtra, and many other private owners are also showing interest in the solar ferries.

The ferries are equipped with two electric motors, each powered by a 50kWh Lithium battery pack. They can attain a maximum speed of 7.5 knots, and run continuously for six hours on cruise speed. On a cloudy day, the production from the solar module decreases, but is never zero. So, if the range needs to be extended during the night or when it is too cloudy, the battery bank can be increased or they can charge intermediately from the grid.

India is one of the fastest-growing countries in the world at the moment. Along with the progressing economy and urbanisation, environmental concerns are also on the rise. When it comes to waterways, oil spills and emissions from the conventional engines are destroying the ecosystem. So, replacing existing boats with these solar boats will definitely be a boost to the environment.

Sandith says, “We are in the process of making water transport more efficient. Our target is to take the energy needs down to zero. With our solar ferries and cruise boats, we are trying to address three critical issues – reduction of energy consumption, reduction of polluting emissions, and noise from conventional propulsion systems, and finally, technical and economic advancement of the boating industry.”

The team has recently won the Tissot Signature Innovators Club Award for April 2017. Sandith says, “It is a moment of great pleasure and it is a motivation for innovative startups like us. This award will certainly help raise our profile and visibility.” While this has been a huge achievement for the 25-member team, the climb till here has not been particularly easy.

From government regulations to technology, they have come across many unexpected surprises. In fact, their efforts were questioned at each stage of the design and construction. “Being a large-scale manufacturing project, constant cash flow has been a huge challenge for us. But it was all well managed with investments coming in from friends and well-wishers, from time to time,” says Sandith.

What sets these ferries apart is their cost-advantage. Although the technology has been borrowed from France, the cost of the ferries isn’t too high, since the manufacturing has been done in India from scratch. So, while other ferries use fuel worth Rs. 20 lakh every year, the solar ferries use no fuel whatsoever.

Over the next few years, NavAlt will be developing more solar ferries, and will also work with the Government to expand their service. They also have plans to enable a water taxi service between different landing stations around Kochi itself to provide a fast transit service that’ll ease traffic congestion.

“We want to open new routes around the coast and even to neighbouring cities. We are also looking to introduce our solar ferry model in other Asian countries where sunlight is very abundant, like The Maldives, Sri Lanka, Nepal, and other South-Eastern nations,” he signs off.

If you think you are a similar innovator or know someone who is, nominate them for Tissot’s Signature Innovators Club.