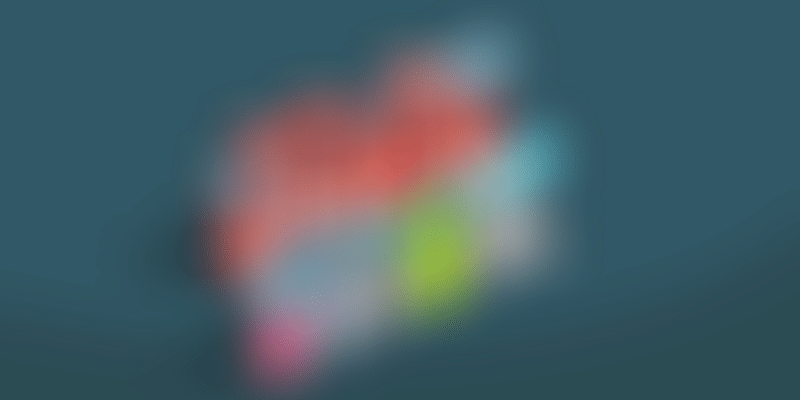 Have you ever withdrawn Rs 1000.75 from an ATM? Never? Then have you wondered why the input field for ATM cash withdrawal amounts start with two decimals?

It is quite popular to talk about UI and UX nowadays, when designing software products and apps. But have you ever realised that a lot of what you encounter in your physical life is also an outcome of design? Whether it is the chair you’re sitting in, the layout of your bank branch, the location of switches in your bedroom, everything has a design element. If everything works well, then we don’t notice good design. Only when we are inconvenienced, do we take notice.

Five months ago, demonetisation took India by storm. All of us sat up and took notice of ATMs and banking. A lot of us suddenly realised the importance of cash flows and the powerful banking systems that power the Indian economy.

It unleashed a lot of positive changes in how the Indian population took to banking. Digital transactions have risen, certainly. For example, at FinMitra, we started paying our tea vendor through online bank transfers. He is a young man of 19, from a nearby village, making a living in Bengaluru. He also told us that a lot of his other customers, small businesses themselves, have started paying him electronically.

We strongly believe that access to formal financial services is a must for any civilised society to progress – somewhat like food, clothing, shelter, and education. By forcing the masses into the banking system, we have kick-started the process.

However, as financial services firms, we have a responsibility to make the user experience as smooth, effortless, and kind as possible – whether it is branch banking or ATM banking. After all, these early experiences and trials will determine how many people continue their association with formal banking. It is crucial to ensure that our vast masses continue their newly acquired banking habit, because that is the gateway to deeper penetration of other financial products like insurance, mutual funds, and formal loans.

Given FinMitra’s interest in financial inclusion, we heard that a lot of first-time ATM users were facing challenges in accessing cash at the ATMs. We set out to study the problem and carried out an extensive survey across four locations in the country – Bengaluru, Chennai, Mumbai, and Kolkata. Covering 85 ATM users, we learnt a lot.

Many first-time users are facing challenges in using the ATMs. And, as is the case with emperor’s clothes, it takes the innocent to point out issues – whereas card-toting yuppies like ourselves have gotten acclimatised to these issues and barely notice them anymore. We uncovered small changes that can make a big difference.

But first, let us understand our 85 respondents a little better.

What we learnt from the survey

Interesting stories emerged when we spoke to our survey participants.

Manjula, a flower vendor, said that her daily cash requirement is Rs 400, and yet because the ATMs don’t have sufficient Rs 100 or Rs 500 notes, it necessitates a visit to the bank, which takes away valuable business time. So, she is compelled to ask her husband, a drunk, to help her by visiting the bank branch to make withdrawals. Obviously, every time he withdraws money, he takes a healthy commission.

Often, illiterate users visit the same ATM, where they have befriended the security guard who helps them withdraw cash. In case their friendly security is not there, they either wait around for him or come back later. Yet, this is against the rule of many banks, where the security is not supposed to handle the banking transactions of the customers. A security guard we spoke to said, “It’s not strictly allowed, but I can’t just stand by and watch them struggle. I help them as a gesture of humanity.”

Semi-literate ATM users are a little better off. Once they learn the flow of a certain ATM, they blindly repeat the steps every time. Of course, any unexpected error or system message can trip them up completely.

Here is a list of some of the most common problems encountered by users:

Let there be change

The conversations and interviews yielded some ideas about how small changes in ATMs can result in substantial improvement in the lives of users. For example, our survey revealed that 78 percent of ATM users use ATMs only for cash withdrawal. Yet, cash withdrawal is an option that is nested away in the third or fourth screen.

As startups, we focus on prioritising customer needs and delivering only the essentials. Hence, the need for these bloated options was not clear to us.

We reached out to India’s largest ATM operators, to discuss whether our suggestions could be implemented. While they empathise with user problems, we learnt that the ATM industry is beset with its own woes, some of which were detailed in an earlier post on YourStory.

The ATM industry works at the intersection of banking partners, manufacturers, and regulations. With wafer thin margins, improving customer service quality is a complicated process. The large ATM operators we spoke to acknowledged the problem. But wedged as they are between poor margins and processes determined by the banks for whom they operate the ATMs, they did not sound very hopeful.

So we spoke to one of India’s largest private sector banks, unofficially. They said they the workflow process is very detailed, to take into account and meet the needs of the maximum number of customers. It was an interesting world view – as a large organisation, they wanted to ensure that the ATMs serve the multiple needs of diverse customers. Oh, the sweet irony! In their endeavour to serve as many customers and to be inclusive, they were alienating the most vulnerable.

We shared our survey results with the bank and enquired about the possibility of making changes – such as knocking off the decimals, or including multiple languages. We learnt that making changes across ATMs network requires detailed approvals.

Various viability questions arise: can the hardware/machines support the change? For example: introducing voice option or multiple languages. Who will bear the cost of the changes? Is there a cost-benefit equation that can be proved?

Once the approvals are received, the implementation is hard work and painstaking. Some rollouts are simple and can be pushed centrally. Some involve only software changes. Some changes require the field engineers to visit every single ATM. What percentage of the ATM network can support the changes? Each ATM machine installed in a certain profitable location must work for five to eight years, to be viable. So that means each bank’s network has old machines that cannot be upgraded or replaced so quickly.

Some industry officials were of the opinion that the ATM channel is a bit of a stepchild. “If you speak about improvements in the UI/UX of the mobile banking app, you will get a response. ATMs are not so important in the current thinking,” a seasoned industry veteran told us.

Yet, news reports tell us that the cash usage in the country has increased to the pre-demonetisation levels. This shows that demonetisation or not, cash is the life blood of the Indian economy and won’t be easy to flush out. Also, despite challenges, innovation does show up. India’s largest white label ATM operator does not have decimals. They are also introducing regional languages across their nationwide network.

But these are baby steps, and the banking system is very large and complex. And even best intentions can get lost here. As the founder of a fin-tech startup, I learnt that it is probably easier to tackle challenges from the outside and prove the viability. Early-stage traction or viability can help obtain banking partners.

Also, there is very little reason to worry about the big banking behemoths stepping in and crushing your innovative ideas. These large institutions are grappling with their own size, regulations, and hundreds of other challenges, and there is a lot of room for green shoots of innovation in the fin-tech space. Acquiring customers, coping with (ever changing and stringent) regulations and compliance requirements are more of a challenge to young fin-techs, rather than competition from the big boys.

So fin-tech startups, more power to you, and continue your great work and keep serving the common man and woman!